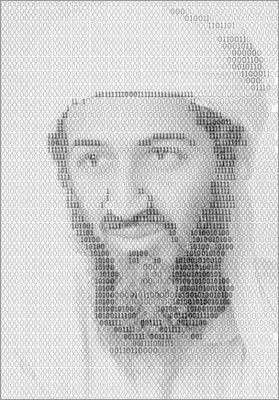 When Navy SEALs killed Osama bin Laden at his Abbottabad, Pakistan, compound on May 2, the ensuing coverage focused on how the death of Al Qaeda’s leader might undercut terrorism worldwide. But the raid accomplished more than bin Laden’s removal: It yielded several computers, nearly a dozen hard drives, and about 100 other data-storage devices. Speaking on “Meet the Press” the weekend after the raid, presidential national security adviser Tom Donilon called it “the largest cache of intelligence derived from the scene of any single terrorist.”

After combing over this huge pool of data, a task force of analysts has already produced hundreds of intelligence reports geared to a primary goal: hunting down Al Qaeda operatives. Meanwhile, however, there is a second and longer-term task ahead. If studied diligently enough, the captured data is likely to provide an unparalleled look at how Al Qaeda functions. And that information may be as essential to disrupting Al Qaeda’s activities as it was to kill bin Laden.

I speak from experience, because I was part of a team at the RAND Corporation that performed a multiyear analysis of a similar, albeit much smaller, data dump - the data seized from Al Qaeda in Iraq. Over four years, we sought to provide as clear a picture as possible of Al Qaeda in Iraq for military commanders and intelligence officials. We mined information from two sources: declassified documents found on a hard drive at a residence in Julaybah, Iraq, in 2007 by Iraqi Awakening forces, and documents discovered by a patrol of Marines in Tuzliyah, Anbar, Iraq, in that same year. Based on this data, we were able to build a portrait of Al Qaeda in Iraq as a business - and a business that ran quite differently than conventional wisdom would suggest.

Today, analysts searching through data from the bin Laden raid have only just begun a similarly painstaking and time-consuming process. It is this process, beyond simply killing off leaders at the top, that is most likely to lead us to a deep understanding of how groups such as Al Qaeda work. And it is that knowledge, in turn, that will give us the tools to defeat them.

When we began our work, we already knew something about the group’s history. Al Qaeda in Iraq was formed in late 2004, after the start of the Iraq War, when the Jordanian terrorist abu Musab al-Zarqawi rebranded his organization under the Al Qaeda banner. His group, Jamaat al-Tawhid al Jihad, had existed since the 1990s, with the initial stated goal of toppling the Jordanian kingdom. But its agenda expanded over time to include discrediting the Iraqi interim government, driving US and coalition forces out of Iraq, and helping to build a broader extremist caliphate.

In other words, the group shared a number of Al Qaeda’s goals, but the name itself was a strategic addition by a lesser-known organization. Al Qaeda in Iraq was not established in a top-down manner by a mastermind flush with millions in capital, the way a company would open an office in a new city. It was more like a local restaurant taking the name of a multinational franchise operation, but with autonomy to adapt the menu to local tastes. The new affiliation coupled Zarqawi’s ruthless vision and ability to rally people to his cause with the Al Qaeda brand name and well-organized franchise structure. After 2004, the group soared in power and popularity.

Yet there was little top-down strategy from Al Qaeda central, and dialogue between the groups was minimal. The documents we examined made it clear that there was no start-up capital from the parent company, just permission to use its name.

And, contrary to speculation that Al Qaeda in Iraq was reliant on international donations, this wasn’t a source of funding either. The group was self-financing. In fact, the core organization of Al Qaeda in Iraq in Anbar province was so profitable that it sent revenue to associates in other provinces of Iraq, and perhaps even further afield. The group raised millions of dollars annually through activities such as simple theft and resale of valuable items such as cars, generators, and electrical cable, and hijacking truckloads of goods, such as clothing. And their internal financial record-keeping was diligent, with all the requirements of expense accounts in regular businesses. A central unit of Al Qaeda in Iraq’s hierarchy required operatives to keep records of even the smallest outlay and to turn over their “take” to upper-level leaders, who made the spending decisions.

These carefully monitored expenses occurred in the context of what was literally a workforce. While people tend to think of Al Qaeda as simply a band of fighters, in reality there was a large organization needed to facilitate attacks and create support within the local community - all of which required money. As such, Al Qaeda in Iraq maintained an expanding payroll of members, imprisoned members, families of members, and dead members’ families, with ever fewer fighters and revenue producers. On the hook to provide for many local Iraqis, it had to resort to increasingly unpopular methods for generating revenue.

Beyond these daily expenditures, Al Qaeda in Iraq had big-ticket expenses. Launching attacks was one recurring overhead cost. An attack involved salaries for operatives, safe houses, transportation, weapons, and a crude form of life insurance for the wounded or for families of those killed. (By contrast, most civilian households in Anbar lacked any form of insurance.) Given these pressures, cash flowed fast in and out of Al Qaeda in Iraq’s central command in Anbar. About every two weeks, Al Qaeda doled out funds to pay not only for attacks, but also for housing, medical, and bureaucratic needs.

In terms of its membership, the group was a religious-political organization; its members were Sunnis, like Saddam Hussein. Many in the group had been disenfranchised after the United States disbanded the Iraqi Army and ended pension payments to retired members of the military, leaving those families without income. Unsurprisingly, then, the group made effective use of a military-like hierarchy. Top-tier Al Qaeda in Iraq commanders in Anbar set strategic goals that local leaders then carried out, making their own tactical decisions. Even as US military and Iraqi forces repeatedly removed Al Qaeda in Iraq leadership, the group’s structure let it replace staff quickly and continue delivery of information and support to members through a system of couriers. A similar courier system was reportedly a key element in the intelligence that led the US military to Osama bin Laden.

In the course of our research, Al Qaeda’s Iraq affiliate emerged as highly self-sufficient. The group appeared to manage its affairs internally; it did not seem to depend on foreign jihadists, though it did accept some as suicide bombers. It was led by strong top-level leaders, who generated media releases, kept prisoners, and issued judicial rulings.

The captured data testified to the fact that the US armed forces had had some success heading off the Iraqi group’s efforts. But the documents also made clear that truly taking the group out of commission was likely to require more than just removing its leaders. When someone in a key role was killed, the procedure for replacing him was nearly automatic.

Even with bin Laden dead and populations in democratic revolt across the Middle East, a US commitment to counterterrorism will need to remain in place - and a deep understanding of these groups’ economic and social structures will be key to combating them.

For example, my team was able to learn that Al Qaeda was forcing local affiliates (or at least its Iraqi one) to sustain themselves financially. If local groups must make their own money, governments and counterterror operatives can use Al Qaeda’s need to raise money - often using illicit means and pressure against local citizens - against the organization. That kind of counterterrorism would look less like war, and more like careful police work against what amounts to a criminal syndicate or mafia.

Two points emerged most importantly from our research on Al Qaeda in Iraq. First, there was no team of international ghost donors padding the group’s coffers. And second, Al Qaeda in Iraq had no strong ties to Al Qaeda central. While there may have been communication that was very well hidden - the eventual declassification of the Osama bin Laden documents may reveal more answers - it was noteworthy that there was virtually no communication to Al Qaeda central in any of the now declassified documents that we saw. Nor have there been any other substantive reports, save the occasional letter, of much communication between the groups, and certainly there seems to be no money flowing one way or the other.

While many Americans celebrate the death of the man who planned the attacks of Sept. 11, 2001, the United States needs to remain vigilant, and a large part of the puzzle is to develop a coherent picture of the enemy groups we face. Bin Laden may be dead, but as dedicated citizens pore over the vast store of information he left behind, our quest to understand the organization he built is far from over.

Renny McPherson served as an active duty Marine Corps officer in Anbar Province, Iraq, in 2006 and a civilian adviser in Baghdad in 2008; he recently graduated from Harvard Business School. You can read the full study, which McPherson researched with Howard J. Shatz and Ben Bahney, at www.rand.org/pubs/monographs/MG1026.html.