If dictionaries are tools for clarity, why is their writing so tortured? 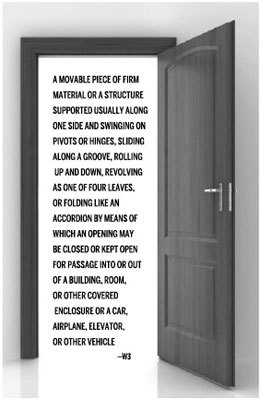 ON HER WAY to an impressive victory at the Scripps National Spelling Bee earlier this month, Pennsylvania eighth-grader Sukanya Roy had to navigate some mind-numbingly intricate words — with equally intricate definitions.

Amphistylar? Jacques Bailly, the official pronouncer at the bee, defined the adjective for Roy as “marked by columniation consisting of free columns in porticoes either at both ends or at both sides of the structure and across the full ends or sides.”

Rapakivi? That’s “a coarse red granite quarried in Finland having curious ovoid ringed feldspars composed of central cores of orthoclase surrounded by a shell of oligoclase and being much used for building in northern Russia.” Of course!

For the home viewers watching the competition unfold on ESPN, the words Roy had to spell might have been unfamiliar, but the language of the definitions probably rang a bell. If you’ve ever spent much time consulting a modern unabridged dictionary, you might have noticed the peculiar phrasings and tone of its definitions — each one winding its way from a general opening through a litany of complex details in a single, sometimes unmanageable, phrase. And you might have wondered: If dictionaries are intended to illuminate, why can the definitions sound so convoluted?

This style, it turns out, has an origin: Webster’s Third New International Dictionary Unabridged, known as “W3” to its friends. First published in 1961 by Merriam-Webster of Springfield, Mass., the 2,800-page behemoth has become the model for our idea of dictionary-ese, for better or for worse.

Recently in Montreal, at the biennial conference of the Dictionary Society of North America, lexicographers commemorated the 50th anniversary of W3, complete with two dictionary-shaped cakes for the occasion. And the Scripps Bee itself is an annual celebration of W3, since as the competition’s official dictionary it is the source of all of the words, pronunciations, and definitions.

At the time of its publication, however, W3 was excoriated more than it was praised. Editorialists at The New York Times and elsewhere took the dictionary’s editor Philip Gove to task for what they saw as its overly permissive attitude toward nonstandard items like ain’t and irregardless. The usage expert Wilson Follett went so far as to call the release of W3 “a very great calamity” for the English language in an overwrought attack in The Atlantic entitled “Sabotage in Springfield.”

From today’s perspective, the most noteworthy move by Gove and his staff was not the inclusion of contentious words like ain’t. (Critics often failed to notice that the second edition of the dictionary, published in 1934, had already made room for ain’t.) Rather, it was the way it phrased its definitions.

For the purposes of this huge new dictionary, Gove had set down a rule that all definitions be written as one-phrase statements, carefully organized according to principles of analytic logic. The single statement consists of a broad category (like “a coarse red granite” in the rapakivi entry), followed by a series of distinguishing features — all presented with minimal punctuation.

When the single-statement defining style works well, it’s a model of clarity and precision. Where an earlier dictionary’s entry for an animal would have provided several rambling sentences of zoological information, W3 cuts to the chase: An aardvark, for instance, is “a burrowing nocturnal African mammal about five feet long that feeds on ants and termites, has a long snout, a snakelike tongue, large ears, and a heavy tapering tail.” That’s all you need to know.

But when the definitions fail to follow idiomatic English sentence structure, the results can sound ludicrous. Even Gove’s most vocal supporter, the English professor James Sledd, acknowledged that some W3 definitions were “extraordinarily clumsy and hard to follow.” Follett was less charitable, saying that a complex definition “usually turns out to be a great unmanageable and unpunctuated blob of words strung out beyond the retentive powers of most minds that would need the definition at all.”

Despite its occasional excesses, the logical ordering of Gove’s single-statement rule had a profound influence on dictionary-makers both at Merriam-Webster and other publishing houses. Lexicographers today appreciate the value of W3’s groundbreaking style while poking fun at the more egregious examples. Many can recite cherished examples of overstuffed W3 definitions. The notorious definition for door runs to 72 words, written as if the dictionary’s audience were Martians who had never encountered human-made doors. The single statement for hotel is even more bizarre: weighing in at 91 words, it manages to mention such features as “a large open street-level lobby containing easy chairs,” shops selling “clothes, gifts, candy, theater tickets, travel tickets,” and “personal services (as hairdressing, shoe shining).”

Even Merriam has loosened up in more recent dictionaries. John Morse, the company’s president and publisher, told me that this was especially true for their learner’s dictionary, released in 2008, which relies on usage notes and other additional information to improve the readability of definitions. “While I think there is much to be said in defense — and praise — of the single-phrase definition,” Morse said, “there are also times when we temper our adherence to it.”

For now, though, Gove’s legacy lives on, showcased every year at the Scripps Bee. Hats off to the young spellers who, versed in the ways of W3, know their orthoclase from their oligoclase.