Some kinds of conflict can actually help us, research finds 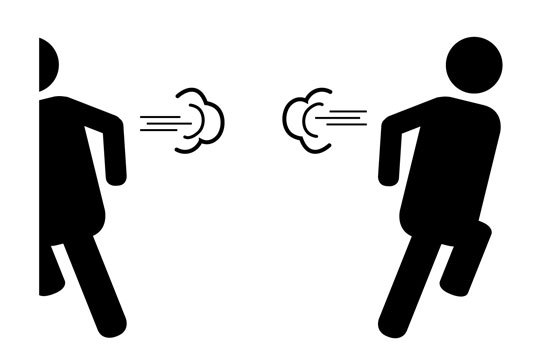 It starts in childhood: As every kindergartner learns, getting along with others is a practical virtue. From our earliest years, we start to absorb lessons of diplomacy and tact, all meant to help us navigate our surroundings without friction. Down the road, as grown-ups, we seek harmony at home and in the office. Couples who project tranquility are envied, and an unflappable attitude is often a job requirement. Fighting, meanwhile, is perceived as corrosive and stressful.

But what if we’re thinking about fighting wrong? What if, as counterintuitive as it seems, certain kinds of fighting are good for us? In a new paper drawn from the Early Years of Marriage study at the University of Michigan, which tracked newly married couples over 16 years, researchers examined whether conflict behaviors beyond obvious destructive patterns (shouting, name-calling) would predict divorce. Surprisingly, couples that included even one spouse who withdrew from fights using popular strategies like leaving a room to cool down had higher rates of divorce. When both partners found ways to hash out conflicts directly, they were far more likely to prevail.

As the study of conflict gains traction, researchers are examining which conflict dynamics might enhance our daily lives and how the right kinds of conflict may have merit on their own. At home, it appears, a resilient fighter can help a partner overcome a difficult childhood; at work, research is showing that more tolerance for anger can make for a more productive team.

This isn’t to say that all fighting is good. Hostility run amok, with name-calling and screaming, is counterproductive. Violence is worse yet. But this emerging research offers the heartening suggestion that conflict with other people — which is, after all, an inevitable part of social life — doesn’t have to mean a breakdown in relations. When done right, in fact, it can often mean just the opposite.

For years, researchers have been tracking human relationships to see what behaviors keep people together, and what drives them apart. One of the longest-running studies has been conducted by the University of Michigan. From 1986 to 2002, researchers followed 373 couples, tracing patterns of marital conflict and what happened to the relationships.

At the end of those 16 years, nearly half of the couples — 46 percent — had divorced. But as a new paper published in October in the Journal of Marriage and Family shows, successful couples were likely to have something particular going for them: Both spouses fought constructively.

Led by Kira Birditt, an assistant professor at Michigan’s Life Course Development Program Institute for Social Research, the authors of the paper found surprising correlations between conflict styles and divorce rates. As it turned out, it was not just couples with what researchers called destructive styles of personal conflict who were more likely to divorce. Birditt and her team found that if wives and husbands both withdrew from conflict, that also correlated with a greater likelihood of divorce. And if one of the spouses tried to engage in constructive conflict, but the other withdrew, then they were still more likely to divorce than couples who both fought well.

“If one spouse attempts to solve relationship problems with constructive behavior...but the other spouse prefers to solve problems by leaving the situation, the pattern appears to have damaging effects on the longevity of marriage,” the authors noted. They speculated that spouses inclined to fight constructively “may perceive their partner’s leaving to cool down as a lack of investment in the relationship.” Meanwhile, the most successful couples, with the lowest divorce rates, were those where both partners engaged with conflict calmly and head-on.

Another study has found that the right kind of fights can help mitigate the damage of a traumatic childhood. At the University of Minnesota’s Institute of Child Development, researchers have discovered that people with insecure childhoods who unite with a conflict-adept partner who recovers well from fights will likely have stable relationships, despite past wrongs. “A good partner in adulthood can limit the liabilities of the baggage people bring from their early experiences,” said Jessica Salvatore, a doctoral candidate and coauthor of the paper.

The study of conflict is percolating into the workplace as well. While marital feuds typically unfold in private, workplace conflict tends to be public — and taboo. Though each office has its own culture dictating acceptable levels of anger, we tend to see displays of emotion and vulnerability among strangers as scary, a mark of instability and lack of self-control. In nearly all workplaces, confronting a boss or a colleague remains the stuff of pent-up fantasy — there’s a reason that employee Steven Slater, the flight attendant who told off a difficult passenger and stormed off the job, became a fleeting folk hero.

But it seems that a measure of negativity at work can actually enhance productivity. New Dutch research funded by the Netherlands Organisation for Scientific Research, for example, indicates that managers who want their teams to perform better should let employees vent negative feelings, even if it violates workplace norms; those who felt free to express negativity solved complicated problems better and felt a stronger sense of solidarity. And a study recently published in the journal Human Relations supports the premise that valuable professional progress may unfold through anger, suggesting that charged conversations should be nurtured rather than discouraged. In a study of 194 people who acknowledged witnessing an incident of deviant anger at work — a shouting match, for example — the researchers found no connection between sanctioning an irate employee and solving underlying workplace problems.

“Many associate anger with aggression,” says Lisa Stickney of the University of Baltimore, who was a coauthor of the Human Relations article. Indeed, managers’ aversion to conflict in the workplace runs deep.

But in fact, Stickney says, “managers and organizations need to understand that the messenger [of negative information] isn’t likely to be a cranky, disgruntled whiner....If the climate in their workplace is supportive, they’re more likely to hear about problems and get new ideas.” In other words, an employee who’s moved to anger might actually be a particularly committed worker — and an overly stringent anger-management policy has the potential to stifle just those people.

So what is constructive fighting, and where do we sign up? Birditt’s team classified destructive behavior in a relationship as yelling or shouting at a spouse, insulting, bringing up old baggage, or feeling compelled to have the last word. Withdrawal behaviors included such common knee-jerk strategies as stepping out to cool down or growing quiet.

Constructive behaviors, on the other hand, included listening to a spouse’s point of view, maintaining calm through even a thorny discussion, and trying hard to find out what the other person was feeling. This kind of disagreement doesn’t mean that there’s an absence of conflict — but it does mean that the conflict isn’t fueled by fury. And it is clearly most powerful when both partners play the game.

Addressing our differences directly can be uncomfortable; many of us are taught that sparring isn’t polite, and take refuge in avoiding the fight. And even Birditt admits that there are a few areas where withdrawal could be the best option — with stalemate issues like politics, she says, “avoidance may be better.” In those cases, changing the topic really may the best way to deal with a disagreement.

But in general, fighting constructively may be an unlikely statement of our commitment, whether to a relationship or an organization. And if you — or your spouse — are currently one of the many who would rather avoid conflict for the sake of supposed peace, there’s hope. One more finding of Birditt’s paper was that it’s possible to shift conflict behaviors over time. “Your conflict strategy,” she said, “is not your destiny.”

Kara Baskin is an Arlington-based writer and editor. 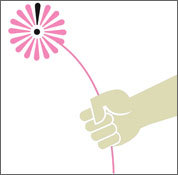 (Greg Klee/Globe staff illustration)
Your comment is subject to the rules of our Posting Policy
This comment may appear on your public profile. Public Profile FAQ