The history and importance of a hated figure of speech

The best books on language are the ones that encourage us to reexamine what we think we know, and “The Pun Also Rises,” a new book on “the lowest form of wit,” does exactly that. You might have relegated puns to the same mental category as pies in the face and kazoo music — occasionally amusing but decidedly lowbrow — or resigned yourself to groaning at them in headlines (“The Audacity of Taupe,” from a New York Times story about the redecoration of the Oval Office) or in country music (“Looking Out My Window Through the Pain”). But it was not always thus.

The book’s author is John Pollack, a former presidential speechwriter and foreign correspondent whose credentials as a punster include winning the 1995 O. Henry World Championship Pun-Off. He treats puns in the style of what some call “noun books” (those nonfiction tomes subtitled “The [insert-noun-here] That Changed the World”), and he’s likely to convince you.

Pollack starts off with a short technical overview of puns, sorting through the categories humor researchers have proposed: There are homophonic puns (sound-alikes: “When a clock is hungry it goes back four seconds”), homographic puns (etymologically distinct words spelled the same — “I’m a sap for tree jokes”), paradigmatic puns (which depend on outside context, such as the multiple plays on “crossing state lines for immoral purposes”), and syntagmatic puns (where two related words are both found in the same pun, such as “You can tune a guitar, but you can’t tuna fish. Unless of course, you play bass”).

If you’re already groaning, Pollack’s account of the pun’s distinguished history may surprise you: The pun’s boosters begin with Aristotle, who praised the use of “semantic surprises” (as long as they “fit the facts”). Cicero, too, praised puns — or “equivocal sayings” — as “the wittiest kind” of saying. Baldassare Castiglione, author of the famous guide to Renaissance manners, “Book of the Courtier,” devoted an entire chapter to puns, while warning courtly punsters to avoid puns that “seem too laboured.”

Pollack singles out the Elizabethan era as a golden one for puns: Supposedly Sir Francis Drake sent Queen Elizabeth I notice of the defeat of the Spanish Armada by sending her one punning Latin word: cantharides, better known as “Spanish fly.” Shakespeare and his contemporaries used puns not just for humor, but to heighten dramatic effect as well — and both as a way to ensure that their audiences would pay close attention to the dialogue, and to evade censors. Because of changes in pronunciation since Shakespeare’s time, scholars estimate that as many as half of Shakespeare’s homophonic puns are lost to modern hearers.

Pollack spends as little time as possible with pun haters, such as Samuel Johnson (who called puns “the last refuge of the witless”) or Oliver Wendell Holmes (who said that “a pun does not commonly justify a blow in return”) or William Shawn (the onetime editor of The New Yorker, who once told writer Daniel Menaker that to close a piece with a particular pun would “destroy the magazine”).

Since no book on any type of cognitive phenomenon (including language) can be published without information about what our brains are supposedly doing, Pollack includes information about MRI studies on puns and punning, duly noting that the brain’s left hemisphere (the side associated with language) grasps secondary meanings faster, and that, interestingly, people process double entendres more slowly than other puns. Puns are not, as some wag has surely suggested, a symptom of brain damage, but certain kinds of brain damage can lead to puns, as in the case of Witzelsucht, where lesions in the frontal lobe of the brain cause the sufferer to compulsively make bad jokes and puns and tell pointless stories at which he or she is greatly amused, even if no one else is.

Because of the way our brains work, and because human languages have a limited number of sounds but a nearly infinite number of possible combinations of those sounds, Pollack theorizes that it would be more difficult to avoid hearing multiple interpretations of statements — the basis of puns — than to hear them. Our brains, always trying to sort out just exactly what’s going on languagewise, try to cover all the bases, making puns possible — if not inevitable.

“Punning is all about connecting ideas, no matter how disparate,” Pollack writes, and fittingly he collects and connects an enormous grab bag of disparate ideas in “The Pun Also Rises.” Jumping from linguistics to neuroscience to history to marketing to punning in other languages, Pollack somehow manages to keep his thesis together: that punning adds some needed levity to our daily struggle with the complex task of resolving ambiguous information — the job of making sense of the world. Pollack dubs the pun “humanity’s first hyperlink,” both a joke and a way of creating surprising connections, opening new channels for our creative and abstract thought. Pollack argues for a world in which we learn to embrace puns as a counterweight to received wisdom and preconceived ideas — a world, that is, with more puns and less punditry. 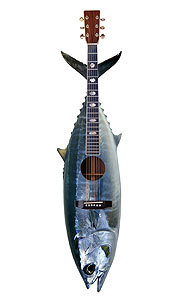