How the War between the States changed American literature 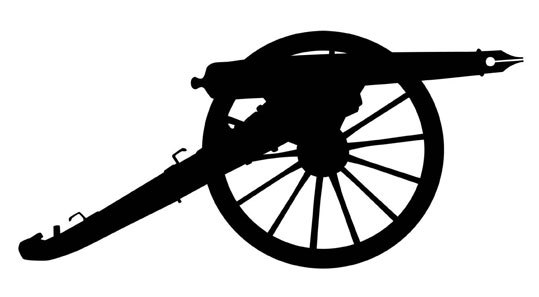 One April night in 1861, almost exactly 150 years ago, Walt Whitman decided to go to the opera. After watching a performance of Verdi, he walked into the New York air — and into a world that had changed completely. Paper boys were “rushing from side to side even more furiously than usual,” Whitman would later write, and he bought one of their extra editions and began reading it under the lamps of the Metropolitan Hotel. The previous day, Southern forces had fired on Fort Sumter. America’s Civil War had begun.

Over the next four years, this war would become the most disruptive and transformative event in American history — something that was true in Whitman’s time and remains true in our own, as we begin marking its sesquicentennial this week. It’s no surprise that, in the intervening years, no other event has attracted more writers (or sold more books). But what is surprising is that the Civil War did not produce any great works of contemporary literature.

This has puzzled critics and readers from the beginning. “Our war,” William Dean Howells wrote in 1867, “has laid upon our literature a charge under which it has hitherto staggered very lamely.” In “Patriotic Gore,” his classic 1962 study of Civil War writing, Edmund Wilson echoed Howells’s concern. When it comes to the Civil War, there’s no poem or novel or even author who leaves us saying: This is the one who got it right, who captured what the war meant and what it felt like. In fact, the work most people think of is “The Red Badge of Courage” — a novel published 30 years after the war’s end by a writer who wasn’t even born until 1871.

Now one scholar has come up with a new angle on this very old problem. In “From Battlefields Rising: How the Civil War Transformed American Literature,” Randall Fuller reminds us that the 1860s featured as talented a cohort of American writers as any decade could ask for — authors now known and loved by only their last names: Whitman, Emerson, Hawthorne, Dickinson, and Melville. Fuller carefully details how these writers experienced the war in their daily routines, their family lives, and their interlocking friendships.

What this group portrait reveals is that, while the Civil War may not have led to any lasting works of literature, it had a profound impact on the most important writers of its era. The war changed what they believed and how they wrote. After the shots at Fort Sumter, the North came quickly and patriotically together — “flush’d in the face,” in Whitman’s words, “and all its veins fiercely pulsing and pounding.” But Fuller suggests that Whitman and his literary cohort soon became uncomfortable with this kind of certainty, even though they had played a large part in putting that certainty into place. America’s first generation of great writers began experimenting with new literary forms, and began questioning their most dogmatic assumptions about the morality and effects of war.

One thing that emerges from Fuller’s survey, then, is that the Civil War did produce something significant on the literary front. For the first time in American letters, a group of people started writing not just war literature, but antiwar literature. Most of the authors discussed in “From Battlefields Rising” wrote their masterpieces before the Civil War began. But by tracing how the war shaped them and their later work, we can also see how it did something bigger — how it began reshaping what we could expect from our authors during times of war.

“Every generation will discuss the Civil War with its own concerns in mind,” Fuller says from his office at Drury University, the Missouri college where he teaches English — and where the quad still shows signs of a trench dug by the Union army. Edmund Wilson, the great cultural critic writing during the Cold War, studied the Civil War out of interest in how the North “converted overnight into a national near-unanimity.” Fuller, by contrast, spent the last three years researching how writers pushed back against this unanimity. “It was the middle of the Iraq war,” Fuller says, “and I was thinking about what prompted young people to fight for vague and rarefied ideals.”

In the 1850s, the ideals that were driving the nation toward war often issued from literary writers — and from Boston, the nation’s literary capital. Outside Boston’s Court House, Thomas Wentworth Higginson, one of the period’s most infamous abolitionists, led riots over the Fugitive Slave Act. Inside his Worcester home, Higginson was studying authors like Ralph Waldo Emerson, whose essays he found “starry with statements of absolute truth.” One of Fuller’s key claims is that the North’s literary culture — especially the pro-war, antislavery writing appearing in The Atlantic Monthly — exerted a powerful influence on its broader culture. Emerson and his disciples had spent decades calling for moral and cultural transformation. Now the war offered them a perfect set of causes.

Not every Northern writer fell in line. Nathaniel Hawthorne, who, like Emerson, had written books popular enough to turn him into a celebrity, admitted in a letter the month after Fort Sumter that “I don’t quite understand what we are fighting for, or what definite result can be expected.” This uncertainty carried over to Hawthorne’s writing. Struggling to complete his novel-in-progress, and in need of a break, he headed to Washington to do some reporting — and to write about what he saw for The Atlantic. Hawthorne got to meet Abraham Lincoln and General George McClellan on his trip. But his eventual essay, “Chiefly about War-Matters,” applied fiction’s perspectives and ambivalences to nonfiction. Hawthorne critiqued everything from mechanized warfare to Lincoln’s appearance — his editors cut the latter bit — and even managed to satirize The Atlantic’s self-assured support of the war.

Still, most writers at the time tried to match the nation’s mood. That began to change not long after Hawthorne’s trip, when the Northern and Southern armies met at Shiloh in the first of what would become a horrific series of battles. Fuller documents how, as these conflicts continued, more and more authors became troubled by the gap between the war’s higher purpose and its harsh realities.

Take Herman Melville, who, in the weeks after Shiloh, was also reading some Emerson. Melville wanted to change careers, from failed novelist to successful poet. As he read Emerson’s essay “The Poet,” though, his mind kept returning to current events. After Emersonian aphorisms like “the evils of the world are such only to the evil eye,” Melville would write incredulous notes in the margin. “What does the man mean?” Melville scribbled. Or, in other words: How could someone alive in 1862 see the world’s evils as anything other than real?

Melville also grappled with the Civil War’s frightening new technologies. In “Shiloh,” a poem highlighted by Fuller, Melville creates a pastoral scene of the battle’s aftermath, then undermines it with an eerie parenthetical line: “(What like a bullet can undeceive?).” And Melville also got specific. When he wrote about the USS Monitor, the Union’s celebrated ironclad ship, Melville worried that “Warriors/ Are now but operatives; War’s made/ Less grand than Peace” — a sentiment that seems almost familiar now, but at the time was a sharp rebuke to popular notions about war. (In the same issue of The Atlantic that ran Hawthorne’s essay, there was a glowing profile of the Monitor’s chief engineer.)

Whitman shared Melville’s anxieties. Fuller traces Whitman’s writing from “Beat! Beat! Drums!,” his first war poem that ran in the Boston Evening Transcript, to the more skeptical (and more realistic) poetry he wrote after the war became personal. Whitman’s brother, George, had enlisted as one of the 1,100 original members in his New York regiment. Only 20 percent of that number would survive. In fact, after the Battle of Fredericksburg, Whitman saw his brother’s name in the newspapers’ casualty list and headed south to find the body.

Whitman found George, wounded but alive. Still he decided to stay and nurse the other soldiers. Washington’s war hospitals offered more grisly proof that this was a new kind of war. Whitman noted how many of the veterans refused to brag or even to talk about their experiences. When he decided to write about it — most notably in “The Wound-Dresser” — Whitman subdued not only his patriotism, but also his poetics. The man who used to sing the body electric now described the broken bodies of others: “From the stump of the arm, the amputated hand, I undo the clotted lint, remove the slough, wash off the matter and blood.”

Eventually, the war challenged the convictions of even Emerson. From the start, Emerson’s youngest child, Edward, had wanted to drop out of Harvard in order to enlist. Edward read up on military strategy, worked on his fencing, and was ultimately offered the chance to be an officer with the Massachusetts Fifty-fourth, one of the North’s all-black regiments. Here was a moment that should have made Emerson proud. In 1861, he had started a new journal — he titled it simply “WAR” — and enthused that “the young men of the land...must save it.” When it came time for his own son to serve, though, Emerson waffled. In a letter to his brother, he worried about Edward “going to war, & to such a war!” Fuller details how Emerson and his wife kept finding reasons for Edward not to enlist. He graduated from Harvard in 1866, never having served.

Today, the skepticism of Hawthorne, Melville, and Whitman can feel a little underwhelming. After all, how else would one write about war?

To their contemporaries, though, this skepticism felt underwhelming not because it was familiar, but because it was shockingly new. The Civil War writing that flourished at the time was sentimental and patriotic. (One popular subgenre featured Northern and Southern lovers who, by the story’s end, would be united in marriage.) Meanwhile, Hawthorne’s skeptical essay incited lots of angry letters to The Atlantic’s editors. Whitman found his largest audience not through poems criticizing the war, but poems eulogizing Lincoln. Howells, the same critic who had complained about the lameness of Civil War literature, blasted Melville’s collection of poetry for obscuring “that there has really been a great war, with battles fought by men and bewailed by women.”

These attitudes started to change in the 1880s and 1890s — not because everyone started rereading Melville, but because new works like Stephen Crane’s “The Red Badge of Courage” and Ambrose Bierce’s “What I Saw at Shiloh” started re-imagining the Civil War in terms of realism instead of heroism. More than that, these new writers started changing readers’ expectations of war writing. In 1918, while preparing to ship out to Europe, a young John Dos Passos read “The Red Badge of Courage.” The war literature that came out of World War I (Dos Passos and Ernest Hemingway), World War II (Norman Mailer and Joseph Heller), and Vietnam (Michael Herr and Tim O’Brien) — all of it is best described as antiwar literature.

But Fuller’s book makes clear that, when we look closely, we can see the writers of the Civil War era testing out these same ideas. Hawthorne’s letters, Melville’s early novels, and Whitman’s journals all remain more devoutly antiwar than anything they actually published during the war, and show us that the pessimism, confusion, and moral ambivalence we associate with post-World War I writing also existed in Civil War writing. In a conflict with unprecedented human costs — and without easy patriotic solutions — American literature took its first quiet shot at representing both the best and the worst qualities of war.