From a new memoir, a theory about what happens when we’re asleep 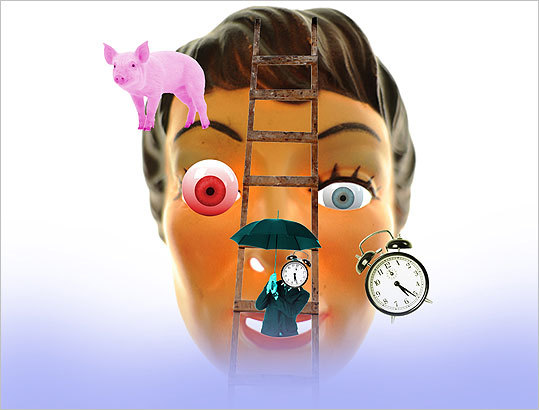 The Harvard psychiatrist J. Allan Hobson was a myth-buster from an early age. At age 4, he personally determined that Santa couldn’t fit down his neighbor’s chimney; at 8, he dispelled the local superstition that headless snakes don’t die until sundown by marching into the woods, finding some snakes, and chopping off their heads.

He built his professional reputation on busting another myth, a big one: Sigmund Freud’s theory of dreams. This was the influential idea that dreams are coded messages from our deeper unconscious selves. Aiming squarely at Freud, Hobson and a succession of collaborators documented people’s sleep cycles, monitored their brain waves, and tracked chemical changes in the brain. In a series of books driven by five decades of research, Hobson argued that what’s really happening when we dream is that our forebrains — the center of thinking and memory — are offline, while our visual, auditory, and emotional centers are not only online, but lit up. Bizarre and powerful dreams aren’t caused by repressed desire, he argued, but by biology. Dreams may be fun to think about, but they’re really just a side effect of sleep.

Now Hobson, an emeritus professor who lives in Sicily, has written a memoir that moves toward a new theory of dreams. Our dreams do have meaning, he now suggests: It’s just not the meaning Freud had in mind.

“Dream Life: An Experimental Memoir” begins — perhaps strangely, for such a committed rationalist — with an imagined scene, the story of his own conception. It tracks his fetal and infant brain development, and then recounts highlights from his work, his family, even his affairs. He uses this data, personal and scientific, to support his new theory, the “protoconscious,” activated when we dream. This dreaming self isn’t just responding to life (as Freudians would have it), but rehearsing for life. And dreams’ emotional content can be a window into our own makeup. On average, 30 percent of our dreams are anxious. To Hobson this isn’t a problem to be fixed, but information: Perhaps we’re biologically programmed to be anxious one-third of the time. As for what we’re anxious about — well, that’s personal.

This transcript was edited from interviews conducted by phone and via e-mail.

IDEAS: What did Freud get wrong about dreams?

HOBSON: [Sleep researcher] Bob Stickgold says that Freud got it about 100 percent wrong and 50 percent right. What he was right about is that dreaming is important. And that it was very scientifically informative.

IDEAS: In the ’50s when you studied psychiatry at Harvard, Freudianism still reigned?

IDEAS: You built your reputation on studying the mechanics of dreaming, the neurophysiology. Around 2000 something changed, and you began to look at the actual content of dreams.

HOBSON: I had NIMH [National Institute of Mental Health] support for 35 years. They always said, “Study the brainstem, but don’t study the dreams.” OK? So I had become a secret dream scientist. And I couldn’t tell anybody about it. Then I got a phone call from the MacArthur Foundation. “Don’t call us, we’ll call you. You’re a genius. We’ll give you a lot of money. We want you to study dreams!”

IDEAS: Your new theory — you call it “protoconsciousness” — posits that dream content is a rehearsal for life, not simply a reaction to life. Is there a practical application?

HOBSON: The practical application is that a lot of the things that you assume are learned are probably innate. This takes us all the way back to Immanuel Kant, who said that ideas were innate. He argued with people like John Locke [who said] that everything was tabula rasa. That people were born a blank slate. This kind of argument has been going on for 200 or 300 years. Now we see in dreaming a strong indication that Kant is probably right. That’s why the thing is so important....Because if you assume that everything is learned, then you’re going to make all sorts of mistakes. You’re going to assume you can teach anybody anything. And it’s clear that you can’t.

HOBSON: I never said that. I said there is a random aspect to content generation.

IDEAS: So in conscious life, can dreaming be helpful?

HOBSON: What I expect to learn a lot from is dreaming, not the dream....The more common dreams are anxious dreams. What does that mean? It means anxiety is more important to survive. Elation is something you do at a party. You do to attract other people. But you better be sure you’re going to get through the jungle before you have the party. You’ve got to survive in order to be happy. What dreams are telling us, I think, is that this is the nature of the beast. It’s not that anxiety is symptomatic. It is that anxiety is.

IDEAS: Your book is not a typical memoir. Is there a value to challenging the status quo?

HOBSON: I’m skeptical about any absolute set of rules, scientific rules, moral rules, behavioral rules. I’m very skeptical that one size fits all. That’s one reason why I don’t feel bad about taking on Sigmund Freud. I think Sigmund Freud has become politically correct. Psychoanalysis has become the bible, and I think that’s crazy.

HOBSON: Frankly, I’m just as concerned about the current craze with biology, because I think the drug companies are calling all the shots. I think psychiatry has gone from the frying pan into the fire. And what I want to do is I want to pull it out of there. But good luck!

IDEAS: According to “Dream Life,” you spent 10 years reading all of Proust twice! Ten pages a day.

HOBSON: I simply admire his persistent and revealing self-analysis and his description of mental life in and at the edges of sleep. His self-observation is much more careful than that of Freud. I have the same goal in my new book: to tell a compelling story openly and honestly. That includes my own sleep, my own dreams, and my own brain troubles. I think we can all contribute to a more naturalistic portrait of ourselves.

IDEAS: Do you have a favorite dream?

HOBSON: I had one in which I’m running across the Swiss Alps. I’m virtually weightless. I’m almost flying. There’s water under my feet and yet I don’t get wet. I feel great. I see all the mountains. I see all the water. I see the rocks under my feet. It’s psychedelic.

Lisa Birk is project manager at Improbable Research Inc. She may be reached at cellardr@aol.com. 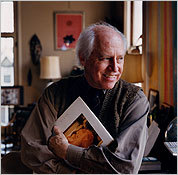 (Graham Gordon Ramsay) J. Allan Hobson
Your comment is subject to the rules of our Posting Policy
This comment may appear on your public profile. Public Profile FAQ