Yes, you can own sunlight 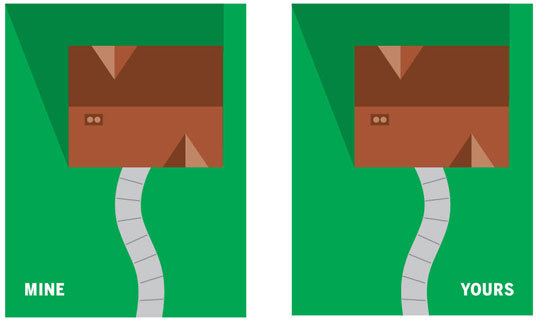 What is property? That seems like a question with an obvious answer. It’s stuff you own, right?

Well, it’s really not that simple. Anyone with even the vaguest understanding of real estate or the financial markets can attest to the thorny nature of property these days. And what does property mean when information is increasingly intangible, living in the digital realm, and pinging around the globe? The human body itself has become a site for property debates, as the genetics and biotech industries argue for owning genes, tissue samples, and even the very processes that occur in our cells.

It might seem that the notion of property is on uncharted ground — that we’re attaching new and ever more slippery meanings to an age-old concept. Not so fast. In his new book, “American Property,” out from Harvard University Press this month, UCLA law professor Stuart Banner takes a hard look at the ways in which our nation’s idea of property has evolved over time. The nature of property, he argues, has been shifting for centuries, as society and technology change. Some types of property have vanished, like commons laws that stretch back to the first North American Colonies, while new ones have emerged, like ownership of the airwaves.

Banner is careful to point out that, through all those shifts, the real constant hasn’t been what property is or how you can prove ownership, but what our property does for us. Our modern social definition of property, Banner says, took shape around the turn of the 20th century as a “bundle of rights.” It has since evolved into a “set of relationships” among people, businesses, the state, and the land.

That’s the context, he argues, in which we need to view our modern debates over owning intangibles like ideas, chord progressions, or HTML code. Of course it’s these abstract notions of ownership that helped spawn the recent financial crisis, but they’ve also become indispensable to some of America’s most important industries. If we think of property merely as physical stuff with a price tag attached, we’re not only ignoring a long history, but also missing something important about the way society now formulates and comprehends value.

Banner spoke to Ideas from his office at UCLA.

IDEAS: We all assume property is pretty basic and pretty eternal. I bought it. I own it. It’s mine. Get your own.

IDEAS: One of the repeating themes in the book is that property is something that does something.

IDEAS: One thing that has changed immensely over time is the idea of intellectual property.

BANNER: The phrase “intellectual property” actually goes back a long way, centuries, but it used to mean something more like the sum of human knowledge. People didn’t think of it as necessarily a type of actual property. Our current understanding of it as products of the mind that are capable of being owned and sold and so on — people started using the phrase in that way in the early 1800s.

BANNER: Yeah, these were the new, culturally important forms of intellectual property in the 19th century — trademarks, commercial goodwill, and trade secrets.

IDEAS: That sounds like something that wasn’t necessarily new, but was being newly quantified?

BANNER: The more the economy becomes impersonal, produced by people you’ll never meet, the more valuable are markers that stand in for a claim about quality, and those sorts of things become more important. In Boston in 1900, your food and clothing is coming from Nebraska and California and other countries even, so there’s lots more reliance on these new markers so people will know what they’re buying.

IDEAS: What about the newer concept of property as a “bundle of rights”?

BANNER: Lawyers today think of it that way, as a bundle of rights in things. They would say that land isn’t property, it’s the right to use the land, sell the land, and accompanying rights. It became a widespread argument for constitutional protection for greater property rights....Once you start thinking about property only as rights, well then if the government limits those rights by saying, for example, you can’t build on this part of your land or sell something on it, now the government is actually taking property away from people.

IDEAS: You use the elevated train as an example.

BANNER: Elevated train lines were built in New York and other cities, and cast into shadow, blocked the sun from buildings that were there before. The owners of those buildings stated it was an infringement of their property rights, and once you think of property as a bundle of rights, well, they had the right to receive sunlight taken away, and they actually won a lot of those cases.

BANNER: This is still before widespread electric lighting and it literally darkened shops and homes. But these are the sorts of claims that courts would never have taken seriously a generation or two earlier.

IDEAS: How did human bodies become a focal point for property rights?

BANNER: It’s a really old question, the way that human body parts, or whole humans, or other sorts of living organisms can be property. It became kind of a sharp debate in the past few decades, partly from genetics, whether segments of the genome could be property, as well as the invention of new organisms. It’s the old story of technological change giving rise to all sorts of new property questions.

IDEAS: And in this case it really is about what property can do — with transplants, skin-grafting, stem cells, IVF, we have all these new ways to value parts or actions of the body.

BANNER: They’re taking cells from people and producing these cell lines that will live on long after the person is dead. What are the implications of that? Who owns that and who gets money for it? These are the questions we’ll see getting answers soon. All sorts of things that were never possible raise these new property questions.

IDEAS: What are some of the burgeoning issues in property law?

BANNER: One area that has been getting some attention and will probably get more, is the use of aspects of traditional culture, art forms, medicine. So like Australian Aboriginal art with the lines and dots. That is a traditional artistic style that groups came up with over long periods of time, so now groups are litigating for that style to be property of that people. Traditional medicines also. Pharmaceutical companies will go around and research traditional medicinal methods and use that toward developing their own drugs or therapies. That’s something that has aroused protest from indigenous groups from around the world.