A new guide to the world of words 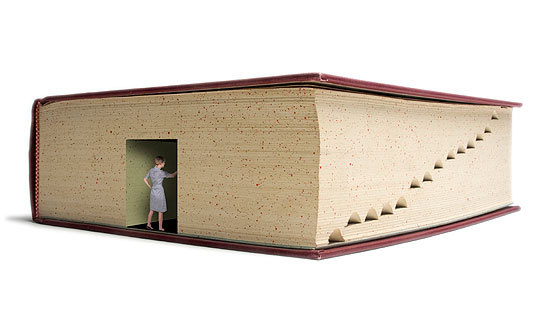 Anyone who uses new technology knows how important the user’s manual is — and probably knows all too well that the version that actually accompanies new gadgets or software can be thick, complex, and hard to use. Hence the “third-party manual” — an outside explanation that briskly lays out what you actually need to know.

If we think of language as a technology, we could think of paper dictionaries as a kind of user’s manual. And if the language had a third-party manual, that book would be “How to Read a Word,” by Elizabeth Knowles.

Knowles, recently retired from her multiple roles as a longtime researcher, lexicographer, and quotations editor for Oxford University Press, has put together a slim book for word lovers that lays out very clearly what questions we can reasonably ask about words — for instance, “is this word used in Kentucky?” — and what is largely unknowable — such as “who was the very first person ever to use the word ginormous?” And then she describes how to go about answering them. With a focus on hard evidence and accessible tools (online and off-, including both dictionaries and primary sources), Knowles gives word lovers the kind of framework that they need to start shaping, and satisfying, their curiosity.

Regular readers of this column will find Knowles reintroducing them to old friends, such as Michael Quinion’s World Wide Words site and the Dictionary of American Regional English, alongside resources that may be unfamiliar, such as the Dictionary of the Scots Language and the Historical Thesaurus of the Oxford English Dictionary. Knowles also explains how to use two big tools of the lexicographer — the British National Corpus and the Corpus of Contemporary American English — to find evidence of how words are used.

In a sense, “How to Read a Word” is a DIY manual for word-hounds. If you’re interested in newly emerging words rather than the histories of old ones, learning the skills Knowles describes in her book may leave you no longer needing traditional dictionaries very much, if at all. In addition to showing how to use formal corpora, she also explains how to leverage search tools (such as Google News) to find similar information, how to winnow your results by adding keywords for related topics (I also would recommend using the search engine Blekko’s “slashtags” for this), and how to evaluate the evidence that you turn up.

Given Knowles’s long experience in tracking down quotations for multiple editions of the Oxford Dictionary of Quotations, it is no surprise that the chapter on interpreting evidence is a model of its kind. All of the traps laid for the unwary researcher are pointed out: from “ghost words” (usually typos that do nothing but muddy the waters) and “false friends” (German gift meaning poison, not present) to the problem of reading older examples through modern eyes (e.g., for uses of gay before the mid-20th century).

“How to Read a Word” might be directed at the language-obsessed, but it teaches a set of skills that should become universal. We used to evaluate media by brand — do you read Time or Newsweek or US News and World Report? — where now we scrutinize bylines, look at the primary sources, and can easily cross-check multiple stories to get the full picture. It’s not that much of a stretch to say that we will eventually turn to looking into the meanings, uses, and histories of individual words as we expand our toolkit for evaluating information. Gone will be the practice of lexicographicolatry (a word coined by the language scholar John Algeo to describe excessive reverence for the authority of a dictionary); in its place will be a healthy respect for evidence of how words are really used, and a willingness — an eagerness, even — to dig in to word questions on one’s own.

“How to Read a Word” includes quite a bit of related material, including a slightly kitchen-sinky collection of “word stories,” investigating words such as wordhoard, skulduggery, and yes, lexicographer; an “Overview of Dictionary History,” a thumbnail sketch of the development of English; and a strong bibliography of online dictionaries and word sites. (I’m obligated — and pleased — to say that Wordnik.com, the dictionary site I founded, is included in her list.) There’s even a “case study” that follows Knowles as she investigates the history of the word satsuma, turning up a citation from a Jacksonville, Fla., newspaper and the surprising fact that mandarin comes to us via Swedish.

“How to Read a Word” shows a slight UK bias — there’s a reference to the Collins English Dictionary as being the official Scrabble Dictionary, which it is, back in Blighty, but not here. (The US Scrabble Dictionary is produced by Merriam-Webster.) And the binding is frustratingly fragile for a book that ought to see heavy use.

“How to Read a Word” focuses on building linguistic self-reliance and competence — a necessity in an era where there are millions of Web pages devoted to giving answers, but very few trying to teach you to ask the right questions. “How to Read a Word” falls firmly into the “teach a man to fish” category of language books, and those who use it wisely are sure to catch good information on their hooks.