You may not have heard of the psychologist Elizabeth Kubler-Ross, but you’ve almost certainly heard of her five stages of grief: denial, anger, bargaining, depression, and acceptance. They’re widely used by psychologists, psychiatrists, and grief counselors. Even Conan O’Brien has joked that getting replaced at “The Tonight Show” involved going through the stages of losing a talk show: “Everyone goes through it, I’ve talked to Arsenio, I’ve talked to everybody....It’s just science, man!”

Is it, though? That’s the question Ruth Davis Konigsberg, a journalist, asks in “The Truth About Grief: The Myth of Its Five Stages and the New Science of Loss.” There is, she argues, very little empirical evidence that people actually grieve by going through five lengthy stages. Instead, she argues, most people grieve pretty quickly, and in their own way.

She cites studies which show, for example, that most people accept the loss of a loved one almost immediately — they are “more resilient” than the stages suggest, and more quickly ready to move on with life. Research suggests, she argues, that grief is “a grab bag of symptoms that come and go and, eventually, simply lift.” What really determines how you grieve is simply how resilient your personality is in general.

Why, despite all of the evidence, are the stages of grief “the idea that won’t die”? In part, Konigsberg suggests, it has to do with our culture’s general move away from rituals of mourning, like wearing black; these have been replaced by rituals of grieving — rituals, she argues, that are actually more restrictive, because they dictate not how you ought to dress, but how you ought to feel.

Dirty diving When your household drains slow down, you call a plumber. What do cities do when their sewers get slow? They call in sewer flushers or divers who navigate the subterranean network of tunnels and drains to find and destroy the blockages.

In London, The Guardian follows Rob Smith, the avuncular Head Flusher of Thames Water, as he descends to search for a “fatberg” that’s blocking a sewer near Northumberland Street. In a disgusting-yet-mesmerizing online video, you can see that the fatberg is composed primarily of cooking oil and baby wipes, neither of which should be in the sewers in the first place.

He carries a gas monitor and gas mask in case a sudden cloud of hydrogen sulfide or methane comes his way; if he were caught unprotected in a gas cloud, he could pass out and die. It’s not all bad, though: At other times the sewers suddenly fill with the “perfume smell” of shampoos and soaps. The smell of the sewer follows a daily rhythm, and varies by neighborhood. “I’ve been to some more exclusive areas of London,” Smith says, “where I think it’d be fair to say that you can pick up those people who bathe in rather expensive bath oils...affluent effluent!”

Writing in a similar vein at Edible Geography, Nicola Twilley ups the ante: She introduces Julio Cámara, one of Mexico City’s two sewer divers. Mexico City is situated at the bottom of a river basin, and its sewers handle unimaginable quantities of water. As a result, Cámara doesn’t walk through the sewer system, but dives into it, wearing a special hermetically sealed diving suit connected to the surface by a hose. He wanders around blind because the water is so murky, feeling his way through the tunnels, and communicating with a team on the surface who direct him toward the obstruction. “Montezuma’s treasure may be down there,” Cámara says, “but I will most likely never find it, because you can’t see anything — all you can do is feel blockages....I’ve had blockages caused by pieces of carpets, pieces of cars, or even body parts.” He’s an expert at distinguishing different objects by feel.

The dives, which can last as long as six hours, fill Cámara with fear. If his air hose were to break, he’d be trapped; like Smith, he worries that he’ll be cut or suffer a needle stick. The water is dirty and filled with nails, syringes, and glass. But Cámara loves his job, and the feeling, he says, “that I’m doing a lot of good for a lot of people without them knowing.”

Sewers don’t run themselves — that’s why there’s a sewer department. But, even so, it’s surprising to see just how much human intervention is required. Someday, perhaps, the world’s biggest cities will learn to reduce water use and waste. The big lesson for now? Don’t put things down the drain — eventually, someone will have to fish them out. 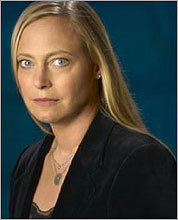 Ruth Davis Konigsberg, Author of "The Truth About Grief."
Your comment is subject to the rules of our Posting Policy
This comment may appear on your public profile. Public Profile FAQ