THIS STORY HAS BEEN FORMATTED FOR EASY PRINTING
The Internationalist

The key to solving the planet’s most daunting problems: Think small (David Suter for the Boston Globe)
By Thanassis Cambanis January 9, 2011

The great international problems of our time beggar the imagination: global warming, pandemics, war crimes, nuclear proliferation, just to name a few. Their complexity confounds the most agile of technocrats, and the stakes involved are high, affecting billions of people living under every sort of government.

For half a century, the conventional approach to these problems has been to build massive international treaties. Intricate worldwide problems demand an integrated approach — a grand bargain, so to speak, that addresses all the winners and losers in a single, encompassing agreement.

This is the animating assumption behind the world’s approach to global warming, for example. To persuade growing nations like China to limit their consumption of fossil fuels, the thinking goes, the world needs a comprehensive framework ensuring that more developed nations make equivalent sacrifices. The climate is simply too large a problem to address piecemeal, or by tinkering with minor symptoms.

But what if this approach results in less progress? What if more modest agreements — on climate change, loose nukes, and other sweeping problems — would yield better results than a long, noble quest for a grand bargain?

That’s the thesis of Scott Barrett, a Columbia University economist who has surveyed a century’s efforts to resolve problems too big for a single nation, from the standardization of timekeeping to preparations for a possible asteroid collision with Earth. His conclusion is that what works — especially for the largest, most intractable problems — are little deals we can make now. And, indeed, if you look at the recent successes in international cooperation, they have all involved modest agreements: the eradication of smallpox, restraint in use of nuclear weapons, protection of some endangered species, worldwide bans on some harmful chemicals. Meanwhile, the grandiose global projects — the United Nations’ antipoverty crusade, free trade, the Kyoto Protocol on global warming — all have stalled.

“We have to look at the world in a way that’s compatible with the truth,” Barrett says. “World government is not going to happen today. So we can address problems by making many smaller changes.”

The dominant view on how to handle truly global problems grew out of the tragedies of the first half of the 20th century, including two world wars, the Great Depression, and an influenza pandemic that killed between 20 million and 40 million people.

Academics and policy makers, working on a blank canvas, drafted suitably ambitious responses, in pursuit of nothing less than world peace, financial stability, and global health. The result was treaties like the Geneva Convention, and new institutions, such as the United Nations, the World Health Organization, NATO, and the World Bank. Eventually, this same spirit propelled experiments with shared sovereignty like the European Union and the euro, a continentwide currency.

One compelling reason for grand bargains is simple: A global problem like vanishing fish or collapsing mega-banks simply can’t be solved by one country. Almost every country has banned whaling, but just two industrialized nations still hunting can wipe out threatened species. Similarly, all the major financial hubs have to coordinate standards for banks or insurance companies to prevent a systemwide collapse. The spread of swine and avian flu across the Middle East — heedless of the political borders between Israel and its neighbors — stymied public health officials from governments that don’t talk to each other.

But while holistic agreements are great if we can reach them, they’re useless if they trap the world in an endless spiral of conferences that lead only to further conferences. On major issues — climate change, international trade, financial regulation — it’s been nearly two decades since global powers have been willing to act audaciously and in concert.

By contrast, says Barrett, the piecemeal approach actually changes things. Standardization of timekeeping, weights, measures, and ultimately financial record-keeping allowed globalization. International courts built precedent upon precedent to extend jurisdiction in human rights cases against former dictators like Chile’s Augusto Pinochet. After the widespread use of chemical weapons in World War I, they have hardly been seen in combat again. Smallpox has been virtually eliminated, and polio is on verge of disappearing.

The first reason to go incremental is practical: It allows us to solve specific problems, even while a broader agreement remains out of reach (like when countries with disparate views on human rights agree not to torture each other’s soldiers).

And second, Barrett says, such agreements appear to work better. When we tailor our international agreements to subsets of the problem, he finds, the treaties tend to be more durable and enforceable, like the Montreal Protocol to protect the ozone layer. In that case, governments reacted quickly when scientists found that chemicals called CFCs were causing a hole in the ozone layer. Some scientists wanted to address CFCs with a package deal that covered all sorts of harmful emissions; instead, governments targeted only one problem. The deal has been praised as one of the most effective international agreements ever reached, and stands in stark contrast to the dismal record of the more sweeping Kyoto Protocol.

For climate change, Barrett argues that nations should take on each individual pollutant (hydrofluorocarbons, perfluorocarbons, etc.) or pollutant-producing sector (forestry, shipping, etc.) with a separate agreement like the Montreal Protocol. Container ships could switch to hydrogen fuel; nations could adopt common standards for charging electric cars, making it feasible to drive across borders. Some deals could be reached quickly, making an immediate dent in global warming. Others, like on deforestation and coal, might take decades, but wouldn’t hold up the entire process.

Warfare showcases the potential of the piecemeal approach to build something larger. There wouldn’t be any humanitarian laws regulating battlefield conduct if we waited for universal or comprehensive agreement. Instead, world powers have negotiated separate conventions governing every type of war crime, from mistreatment of prisoners of war to genocide, from the firing of cluster bombs and anthrax to the deployment of child soldiers. Each nation picks the constellation of agreements it wishes to honor. (The United States, for example, hasn’t signed the treaty against child soldiers.) Taken together, this patchwork hasn’t eliminated the excesses of war, but it has shifted wartime behavior in a direction that is marginally more humane for civilians and orderly for the combatants.

Other advocates of piecemeal agreements, like Stewart Patrick, a political scientist at the Council on Foreign Relations, point to nuclear proliferation to make the case for smaller accords. The Nuclear Non-Proliferation Treaty did not stop countries like Pakistan, Iran, North Korea, and Syria from pursuing or building nukes. So in 2003, while Patrick was at the State Department, the United States created the Proliferation Security Initiative, an invitation-only group of nations that pooled intelligence to interdict illicit nuclear shipments.

“It’s important to try to negotiate grand bargains, but it’s not always possible,” Patrick says. “There’s a trade-off between universality and breaking down the international system.”

Moisés Naím called the same approach “mini-lateralism” in a widely read 2009 essay in Foreign Policy. Getting every country to agree to anything, he wrote, is a “fool’s errand”: The only way to address the burgeoning global crisis list is to summon “the smallest possible number of countries needed to have the largest possible impact on solving a particular problem.”

But Lord Nicholas Stern, an economist at the London School of Economics and one of the most influential voices on climate change, takes particular umbrage at “smaller is better” school. Micro agreements give only the impression of action; in the case of climate change, he says, nothing short of a massive grand bargain will prevent cataclysmic global warming and the devastation of vast regions of the inhabited world.

“The scale of ambition should be commensurate with the risks being managed, which are enormous,” Stern says. Advocates of the all-in-one approach still dominate the thinking because the most vexing global challenges demand that all nations act together, and that wealthy countries share some of their resources and know-how. Only one country need fire a nuclear warhead to make a mockery of the hitherto successful taboo against their use. Another inherent danger in the sectoral approach, its critics point out, is that it fosters the illusion that a few motivated countries can get the world out of any fix.

For the most part, the critics of acting small have prevailed, which is why the 192 United Nations members keep sending delegates to sprawling summits that produce no new pacts on free trade or greenhouse gasses. And it’s hard not to sympathize with grand aims even if the method seems doomed. If we want war to be less brutal, if we want modern governments to forsake some profitable growth for the good of the global environment, we’re asking for nothing less than a radical shift in the way nations calculate self interest. That’s an inherently utopian project.

Fundamentally, the most important human aspirations are dreams: peace on earth, health for children, equal opportunity for all. Idealism, some would even say grandiosity, spurred on the men and women who drew up today’s world order, and who have selflessly struggled to ban land mines or eradicate the guinea worm parasite in Asia and Africa.

But waiting for a perfect total solution is a bit like standing on a pier painting safety regulations on a sign while ignoring the capsized boat just offshore. It’s better to start a chaotic rescue, saving who can be saved, rather than allowing everyone to drown while a perfect plan is drafted. 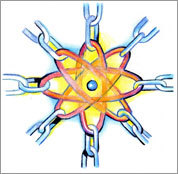