If we want to stop slavery, argues Siddharth Kara, we need to treat it as a business

While it’s tempting to think of slavery as existing only in history books, the modern slave trade is booming. More than 27 million people are enslaved around the world, doing work for no pay as prostitutes, farm laborers, factory workers, or domestic servants, according to the advocacy group Free the Slaves. In fact, advocates believe the pace of enslavement has increased during the past two decades as the price of slaves has decreased — pushed along by globalization, higher poverty levels, and crumbling national borders.

A decade ago, Siddharth Kara, a former investment banker with a law degree and an MBA, had an insight: Slavery was primarily a business, and no one had done a comprehensive, strategic analysis of how that business worked. So he set out to understand the inner workings of the business models for three broad categories of slavery: human trafficking, forced labor, and bonded labor. He has visited 20 countries and interviewed more than a thousand current or former slaves, finding them in tea fields in Bangladesh, carpet factories in India, sex clubs in Moldova, and massage parlors in the United States.

He’s writing a series of three books on the subject; the first, “Sex Trafficking: Inside the Business of Modern Slavery,” came out last year. Modern sex trafficking, Kara concluded, is one of the most profitable businesses there is: He calculates its average profit margin at 70 percent. (By way of comparison, a top-performing company like has a profit margin of under 30 percent.) Traditionally, sex trafficking has been treated as a human-rights issue, and fought by addressing the poverty and gender inequality that make people vulnerable to being enslaved in the first place. But Kara believes that an economic approach is the most efficient way to undermine the industry.

Kara will soon bring his approach to the Kennedy School, where he’s helping to build a think tank on slavery and human trafficking, and where he spoke earlier this month at a film forum on human rights and sex trafficking. This interview was condensed from two separate conversations with Ideas.

IDEAS: Why is sex trafficking best fought as a business?

KARA: Contemporary forms of slavery...all function on a simple economic premise: maximize profit by minimizing or eliminating the cost of labor.

IDEAS: So what’s the business model?

KARA: The business model contains three essential steps: acquisition, movement, and exploitation. Sex trafficking is probably the most profitable form of slavery the world has ever seen, in that you can acquire or transport someone for a few hundred dollars, maybe a couple thousand dollars, and generate tens of thousands, if not hundreds of thousands....That’s the essential functioning and logic of the business model: low cost and risk to transport the slave, and immense profitability on the exploitation side.

IDEAS: What is the difference between this and typical prostitution?

KARA: Some people will argue that the difference is very slim. But in general you could construe sex trafficking as the profit-maximizing version of prostitution.

IDEAS: If it’s an international trade, what are the trade routes?

KARA: I’ve tracked down...routes from Central and Eastern Europe into Western Europe but via North Africa, and...throughout South Asia into India and vice versa. Literally you can’t find anyplace that isn’t connected to another in terms of contemporary human trafficking. And they’re increasingly sophisticated: multiple stops in multiple countries, as these organized crime groups further evolve the modes and means through which they can move and exploit human beings.

IDEAS: How do you go about disrupting the business?

KARA: The minute [you] pull someone out of a sex slave condition, [you’ve] cut off all future cash flows. In terms of a sex slave it’s 10, 15, 20, transactions a day, a week, a month, year after year. You’ve got to pull people out, care for them...and then prosecute and convict effectively. That means several things: fast track courts, judicial review, and an economic penalty regime that makes it uneconomic to be in this business. If you start to alter the landscape, then the perception by the offender is: This business doesn’t pay. Right now the perception is: Huge profit, almost no risk, I’m there. This is about money: It’s not cruelty for the sake of cruelty. I’ve met traffickers. Some of them are just mundane opportunists.

IDEAS: What about the customer side? How do you reduce demand?

KARA: Depending on which country you’re in, it takes 1.5 to 2 hours of work at that country’s per capita income to purchase 1 hour of sex from a sex slave. So you ask yourself, How many males will trade in 1.5 hours of salary to purchase sex? A huge number. If we were to revert back to where prices were a decade ago, by putting more cost and risk into the system...you [would] see a massive decrease in demand, because you’ve priced out of the market those low-wage consumers — like day laborers, taxi drivers, and tuk tuk drivers — who are now in the market.

IDEAS: Have you seen this kind of business-focused approach work against other crimes?

KARA: There’s no easy analogue to this crime. On the side of the offender, human sex trafficking is a very economically driven crime, but it’s also the aggregate of some of our most barbaric criminal offenses: rape, torture, abduction, battery, assault, administering noxious substances, homicide. The fact that the penalties for the crime of sex trafficking are largely less than the penalties against some of these individual components is mystifying. At many levels we still haven’t grasped how this crime works, as an offense against a human being and as a business. And this is why the design of our responses has been severely lacking.

IDEAS: Should we shift resources away from more traditional ways of fighting the trade, such as alleviating poverty or fighting gender discrimination?

KARA: I don’t think so. I’ve run the numbers and my plan would probably cost about $400 million a year, and I think we should probably do this for at least 10 years. This is leveraging what’s already in place and what’s already being done. The resources are out there. It’s just a matter of priority.

IDEAS: What will it take to bring that kind of focus on the problem?

KARA: What the field needs is what other human-rights fields have:...highly trained economists, legal scholars, sociologists and anthropologists, experts in gender, child rights, et cetera, deploying their minds in a dedicated way to this issue. I think that’s starting to happen.

Katie Bacon, a journalist and editor based in the Boston area, has written for The New York Times, TheAtlantic.com, and other publications. 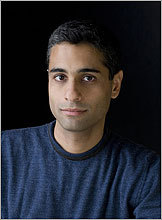