The first printed books came with a question: What do you do with these things? 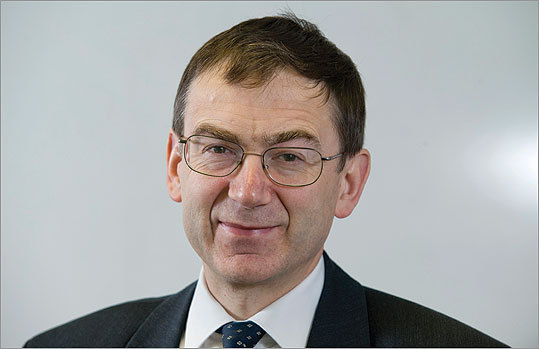 In the beginning, before there was such a thing as a Gutenberg Bible, Johannes Gutenberg laid out his rows of metal type and brushed them with ink and, using the mechanism that would change the world, produced an ordinary little schoolbook. It was probably an edition of a fourth-century grammar text by Aelius Donatus, some 28 pages long. Only a few fragments of the printed sheets survive, because no one thought the book was worth keeping.

“Now had he kept to that, doing grammars...it probably would all have been well,” said Andrew Pettegree, a professor of modern history at the University of St. Andrews and author of “The Book in the Renaissance,” the story of the birth of print. Instead, Gutenberg was bent on making a grand statement, an edition of Scripture that would cost half as much as a house and would live through the ages. “And it was a towering success, as a cultural artifact, but it was horribly expensive,” Pettegree said. In the end, struggling for capital to support the Bible project, Gutenberg was forced out of his own print shop by his business partner, Johann Fust.

Inventing the printing press was not the same thing as inventing the publishing business. Technologically, craftsmen were ready to follow Gutenberg’s example, opening presses across Europe. But they could only guess at what to print, and the public saw no particular need to buy books. The books they knew, manuscript texts, were valuable items and were copied to order. The habit of spending money to read something a printer had decided to publish was an alien one.

Nor was print clearly destined to replace manuscript, from the point of view of the book owners of the day. A few fussy color-printing experiments aside, the new books were monochrome, dull in comparison to illuminated manuscripts. Many books left blank spaces for adding hand decoration, and collectors frequently bound printed pages together with manuscript ones.

“It’s a great mistake to think of an absolute disjunction between a manuscript world of the Middle Ages and a print world of the 16th century,” Pettegree said.

As in our own Internet era, culture and commerce went through upheaval as Europe tried to figure out what to make of the new medium and its possibilities. Should it serve to spread familiar Latin texts, or to promote new ideas, written in the vernacular? Was print a vessel for great and serious works, or for quick and sloppy ones? As with the iPad (or the Newton before it), who would want to buy a printed book, and why?

Pettegree explores this time of cultural change by looking at the actual published matter it produced. Drawing on the power of 21st century information technology, he and a team of researchers pulled together the catalogs of thousands of small, scattered libraries, assembling the broadest picture to date of the earliest publications.

What made print viable, Pettegree found, was not the earth-shaking impact of mighty tomes, but the rustle of countless little pages: almanacs, calendars, municipal announcements. Indulgence certificates, the documents showing that sinners had paid the Catholic church for reduced time in purgatory, were especially popular. These ephemeral jobs were what made printing a viable business through the long decades while book publishers — and the public — struggled to find what else this new technology might be good for.

Pettegree spoke to Ideas by phone from Scotland.

IDEAS: People hadn’t really figured out how to find customers and sell books.

PETTEGREE: What you’ve got to do once you’ve got 300 identical copies of a book is you’ve got to sell it to people who don’t even yet know they want it. And that’s a very, very different way of selling.

It’s this classic example of how you get technological innovation without people really being aware of the commercial implications, of how you can make money from it. There’s quite a little similarity in the first generation of print with the dot-com boom and bust of the ’90s, where people have this fantastic new innovation, a lot of creative energy is put into it, a lot of development capital is put into it, and then people say, “Well, yeah, but how are we going to make money from the Internet?” And that takes another 10 years to work out.

IDEAS: The one thing that most early printers seemed to do was to go out of business.

PETTEGREE: And the ones who didn’t were the ones who tended to have a close relationship with official customers. And this really I think is the new part of the story that we’ve been able to put together.

Most narratives of print have relied on looking at the most eye-catching products — whether it’s Gutenberg’s Bible or Copernicus or the polyglot Bible of Plantin — these are the ones which seem to push civilization forward. In fact, these are very untypical productions of the 16th-century press.

I’ve done a specific study of the Low Countries, and there, something like 40 percent of all the books published before 1600 would have taken less than two days to print. That’s a phenomenal market, and it’s a very productive one for the printers. These are the sort of books they want to produce, tiny books. Very often they’re not even trying to sell them retail. They’re a commissioned book for a particular customer, who might be the town council or a local church, and they get paid for the whole edition. And those are the people who tended to stay in business in the first age of print.

IDEAS: And it’s these smaller books that there’s been this perceptual bias against.

PETTIGREE: The most astonishing single fact that’s emerged from the work we’ve done: We’ve documented I think now about 350,000 editions published throughout Europe before 1600. Of those, around 40 percent of those items survive in only one copy.

Many of the books that are best known are actually not at all rare. Because they were collected near the time, they survived in a great number of copies. The famous Nuremberg Chronicle, one of the great 15th-century books — I think something like 500 copies of that survive.

But these little books, they weren’t collectible. They were pragmatic announcements by the town council that bread prices would go up, or they were indulgence certificates, or they were almanacs for the following year, which would lose currency, or they were little schoolbooks which the school kid would be only too pleased to throw away when they got out of the class.

IDEAS: We think of the book as this tremendous force for innovation, but you write that books were confronting a customer base that was conservative in its tastes, both in what sort of texts they wanted to read and in the typography. Roman type showed up and then people didn’t like it —

PETTEGREE: So they went back to the black letter. I mean, people could be trained to treat the book, the printed book, as a different thing and not inferior. That was, I think, the work of about 40 years.

But the conservatism in terms of choice of texts seems to be an enduring phenomenon. The result is that for authors, it’s a very, very hard period. Contemporary authors clearly think that print is an opportunity for them. What they find, though, of course, is that the printers are looking for surefire winners.

And first of all, they think this is going to be the texts humanists admire, editions of the classics, and they flood the market with those. When they get their fingers burned with that, what they reach back for is medieval medical textbooks, medieval scientific works, and medieval literature, so the opportunity for living authors is very restricted. And in the first instance is mostly for celebrity preachers, who manage to get volumes of their sermons printed and circulated.

IDEAS: There’s the case of Martin Luther, and his effect on the industry, where he both took away a huge part of what their business depended on, in the indulgences, but then became a prolific source of small books.

PETTEGREE: It’s really not been remarked before, that when Luther was attacking indulgences, he was actually attacking a mainstay of the press. But he really was. I mean, the quantities that were published of these indulgences is quite phenomenal and often in very large editions. And this is the absolute dream commission for a printer, when they’re asked to produce a very large quantity of a single sheet item, a broadsheet, printed on only one side, which is what an indulgence is.

But the speed with which Luther’s works take off as a popular phenomenon is quite extraordinary. It’s fair to say that by 1530, 1540, Wittenberg was essentially a one-industry town. If you put together the printing that was going out and the students who were coming in to study in the university there, drawn by Luther, it has a phenomenal impact on Wittenberg.

Have you ever been to Wittenberg? It’s wonderful. I was there again last week. You can still visit all of the stages of his life, you can make the walk that he did up the street from his house at one end of the city to the Schloss at the other so as to post the 95 Theses. It is a very deeply atmospheric place.

But you can see how the people who lived off Luther spent their loot. Lucas Cranach, the famous painter, also had a monopoly on woodcuts for these Reformation [religious pamphlets]. And you can stand in front of the town hall and see the two houses he built with the money he made.

Tom Scocca writes the blog ”Scocca” for Slate.com. His first book, ”Beijing Welcomes You,” will be published by Riverhead in 2011.