Yes, really. The surprising potential of an unlikely plan. 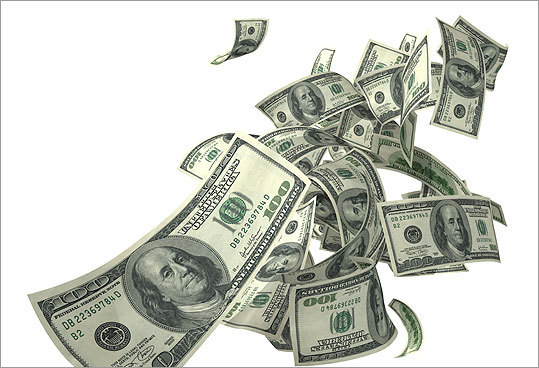 In tax year 2008, the Massachusetts Natural Heritage and Endangered Species Fund received $216,544 in taxpayer money to protect threatened species, such as the bald eagle and the marbled salamander. The state’s Organ Transplant Fund received $117,654 to help patients who need new kidneys and hearts pay for medical care. And the Massachusetts AIDS Fund got $112,939 for research and education relating to the disease.

The functions of these programs differ widely, but they all share one remarkable feature. The taxpayer dollars were not wrenched from the pockets of the Commonwealth’s residents. Instead, thousands of Bay Staters checked off boxes on their income tax returns opting to contribute to the funds. These people paid, in other words, what sounds like the ultimate oxymoron: voluntary taxes.

Though voluntary tax programs could never generate enough money to run a state, more people chip in than you might expect (more, that is, than none). And according to some enthusiasts, we could be doing more to capitalize on this surprising willingness to give. Voluntary taxes, these thinkers say, offer a politically palatable way to raise additional revenue and perhaps even to strengthen Americans’ sense of patriotism and citizenship. And in the current political and fiscal climate, lawmakers are frankly desperate for creative solutions.

Forty-one states already make it possible to donate on their income tax forms; a pending bill in California would allow taxpayers to contribute to a fund for the arts. Ian Ayres, a Yale law professor and economist, has proposed a voluntary gas tax as a way to reduce oil consumption. In Maine, a recent bill would have established an optional sales tax to help save imperiled programs for the elderly and mentally ill. The bill failed in the Legislature for technical reasons, but its sponsor, Representative Terry Hayes, doesn’t rule out the possibility of introducing a refashioned version.

“What drove it was the need and the political atmosphere,” says Hayes, who heard residents plead for higher taxes out of fear of losing programs. “If there were that many people out there who were willing to pay more, why not find an avenue for them to do so?”

Of course, now seems like an inhospitable time to be trying any such thing. Hostility toward taxes is, in many quarters, intense, finding an outlet in the vociferous Tea Party movement. The president has repeatedly vowed not to raise taxes on any but the richest Americans. The deepest recession in more than half a century has made people less eager to open their wallets for any avoidable expenditure, let alone a check to the government.

And yet the reasons now is a bad time for voluntary taxes are precisely the same reasons it may be a good time. Raising taxes is so politically poisonous that it is largely off the table. But government, at all levels, is in urgent need of revenue — and many citizens are anxious to preserve government services. If elected officials won’t require citizens to pony up, maybe they can at least beg.

Two recent studies by economists at the University of Texas at Dallas suggest that people, at least in the context of a lab, are unexpectedly willing to donate to the government. In one experiment, subjects were allotted $20 and given the chance to contribute anonymously to private organizations or specific government programs. (They got to keep the balance.) On average, they gave 22 percent of their money to the government, not much less than the 27 percent they gave to private charities. The authors concluded that dislike of taxes may be not just a matter of reluctance to part with our money, or mistrust of the government: It may be largely about the lack of control over where exactly our money goes.

“We were blown away that people would give almost as much to government as to private charities,” says Catherine Eckel, one of the study’s coauthors. “It’s really the function they support. They don’t really care who does the work.”

The concept of voluntary taxation has a long history in this country. Since 1843, the US Department of Treasury has maintained an account called Gifts to the United States, a general fund to which people can contribute. As of 1961, it’s been possible to donate money specifically to reduce the national debt. (In fiscal year 2009, donations exceeded $3 million.) And starting in the late 1970s, states began to include boxes on their income tax forms that you could check to make voluntary contributions to various causes; the recipients of these funds are both government-run programs and private nonprofits. Other familiar fixtures — state lotteries and specialty license plates — are also essentially voluntary taxes. And many public schools accept donations, sometimes via excise or property tax forms.

A handful of states also allow people to pay a slightly higher overall rate. In Massachusetts, the standard income tax rate is currently 5.3 percent, but residents can choose to pay 5.85 percent. In 2008, surprisingly, 1,953 taxpayers opted for this rate, generating an extra $231,907.

There’s a historic example of an enormously effective program that could be characterized as a voluntary tax: war bonds, which helped finance World War II. About 85 million Americans purchased these bonds; the government repaid them with interest, but the returns were below-market. If not for war bonds, the government would have had to borrow money at high interest rates, but instead, it persuaded citizens to lend it money at low interest rates. And buying bonds was marketed as the right thing to do, with celebrity endorsements. The government could have raised taxes, but instead it chose to appeal to patriotism and engage citizens voluntarily.

Ayres, the Yale Law School professor, cites this precedent as an inspiration for a novel approach to our energy crisis: a voluntary gas tax, or “independence bonds.” In this proposal, which he discusses in a forthcoming book, “Carrots and Sticks,” you could register a car, and get an initial lump sum — say, $500. In exchange, you would agree to pay a tax on every gallon of gas the car consumed, thus creating the incentive to use as little gas as possible.

The plan might generate revenue, but the real purpose is to encourage people to drive their cars less, with the goals of independence from foreign oil, mitigated climate change, and even fewer fatalities on the road. It could appeal to environmentalists, proponents of energy independence, and people who wanted the initial cash infusion. There’s one obvious pitfall: Those who already drive less would be more likely to participate. But with the right leadership, Ayres says, it could be successfully promoted as the patriotic choice, luring enough Americans to have an impact.

“Some of those people would opt into this program because it was the right thing to do,” he says. “You might be willing to do that if you knew a good proportion of your fellow citizens were doing it also.”

An example from abroad demonstrates the value of innovative leadership. Antanas Mockus, the former mayor of Bogota, Colombia, included voluntary taxation in a larger agenda of experimenting with governance and civic engagement. He asked citizens to pay an extra 10 percent in taxes, and about 63,000 people reportedly complied. His tenure, which ended in 2003, suggests that when people feel respected by and trusting of their government, they might be willing to donate to a general fund.

But as a rule, it seems that giving taxpayers some control over the funds is key. The University of Texas economists found that when subjects were permitted to earmark their donations, contributions more than doubled. Of a $20 budget, subjects gave on average $1.68 to a general government fund, while forking over $5.52 for cancer research and $4.04 for disaster relief. Another important factor, the research found, seemed to be which entity was seen as responsible. For instance, though on the whole participants gave somewhat larger amounts to private groups, they gave more to the government (at the state level) for education, because that is seen as falling under the government’s purview.

The main implication of the research, Eckel believes, is that the government should encourage contributions for specific functions. She suggests, for example, that citizens be able to donate directly to particular federal agencies. Right now, she says, people might be willing to give to the National Oceanic and Atmospheric Administration, which is heavily involved in responding to the Gulf oil spill. Eckel envisions government websites adding a mechanism by which you could easily click and donate by credit card, in the manner that countless charitable organizations already do.

A significant expansion in this kind of giving would not be without risks. Conceivably, it could offer a new way for the wealthy to peddle influence. It also raises questions about the relationship between citizens and government. Don’t we elect officials to make informed decisions for us about how to allocate funds?

Realistically, any upswing in voluntary taxes is likely to be modest. But even a small change — if the opportunities became more available and more conspicuous, and a non-negligible fraction of citizens participated — could subtly reshape our conception of government and the citizen’s role. We could see paying taxes less as an impotent surrender and more as an assertion of our values, an investment in our society, and a means of making a difference, however limited.

“To get bigger dollars out of it, I think you need bigger changes in consciousness,” says Edward McCaffery, a law professor at the University of Southern California who studies taxes. “That might be a two-way street. People aren’t going to do it more until they have more faith in government. But people aren’t going to have more faith in government until they feel they have more stake and agency.”

Perhaps eventually, “We could be a different kind of society where we didn’t think of government in such adversarial terms,” McCaffery says. “Things could snowball, you’d have a virtuous cycle.” But, he adds, “You still have the possibility of government blowing that trust.”