The upside of ‘down with’

Protesters’ secret: they’re out there because it makes them happier

We’ve grown used to hearing that ours is an age of political apathy, but it hasn’t felt like it recently. Throughout the summer, the news was splashed with images of disgruntled Tea Partiers and seething town hall meetings where constituents harangued their congressmen and fistfights erupted in the parking lots. With the economy still far from robust and the Obama administration pushing ambitious changes on fronts ranging from health care to the war in Afghanistan, the stakes are high, and emotions have run high, too. A few weeks ago, at the conservative 9/12 rally in Washington, tens of thousands marched on the Capitol, many brandishing homemade placards labeling President Obama a liar, a fascist, a villainous Joker, or a Communist. One sign handed out at the rally exhorted Congress to “Bury Obamacare with Kennedy.”

This didn’t look like apathy, it looked like anger. Go back to the anti-Bush enmity that galvanized the Left in past years and you’ll see similarly strong sentiments. When we talk about political engagement, the scale tends to run from utter indifference to outrage and fury. At one end are the people who can’t name the vice president; at the other is the “If you’re not mad, you’re not

paying attention” crowd. From Samuel Adams to Saul Alinsky to Phyllis Schlafly, the narrative of political activism has tended to be one that grows out of the perception of a wrong so grievous it compels action. Activists are dissatisfied with the drift of the times and outraged at the misdeeds of their ideological enemies.

But they are also, it turns out, enjoying their lives more than the rest of us. At least if recent research is to be believed, political activism, no matter the cause, seems to make people happy - even if they don’t win an election or triumph in a ballot initiative. Psychologists curious about what fuels human happiness have looked at political engagement and political activism, and they’ve found that it provides people with a sense of empowerment, of community, of freedom, and of transcendence. Political activists, in other words, are all happy warriors.

“People have psychological needs. If those needs are well satisfied, then people thrive, and if any of those needs are poorly satisfied, people don’t thrive,” says Tim Kasser, a psychology professor at Knox College and coauthor of a forthcoming paper on the topic. “Activism is a kind of activity that people can engage in that satisfies all of those needs.”

We’re used to hearing civic-minded exhortations about the value of political involvement: the way it holds the powerful to account and ensures a healthy representation of all of society’s interests. But if Kasser is right, people should think about getting politically involved simply for the sake of their own psychological well-being - activism, seen this way, has a therapeutic side to it. It’s not just a life of self-denying dedication to a larger cause but a pursuit with immediate and enduring psychic rewards.

It remains to be seen whether activism differs appreciably in its happiness-producing capacity from apolitical activities like going to church, or from more purely social activities like playing in a softball league. And while a wave of new happiness-seeking activists would no doubt be welcomed by the organizations and campaigns that depend on them, the idea that activism might be something we do because it makes us feel good also threatens to cheapen it - three decades ago the writer Christopher Lasch criticized a similar elevation of the personal over the political as “the culture of narcissism.”

But the psychological study of activism provides a potentially rich vein for researchers curious about the roots of human motivation. In political engagement and political activism, they can study the intersection of happiness and purpose, the way that feelings of empowerment emerge, the social dynamics of political movements, and even the enduring appeal of lost causes.

According to the legendary community organizer Saul Alinsky, the draw of activism wasn’t just the chance to fix identifiable wrongs, but something more romantic. Being an activist allowed people to feel alive, he wrote, in ways that they had previously been unaware of. In his 1971 book “Rules for Radicals,” Alinsky encouraged aspiring organizers to play on that yearning and sense of excitement in recruiting volunteers. “People hunger for drama and adventure, for a breath of life in a dreary, drab existence,” he wrote. Political activism could meet that hunger, he argued.

The idea that political activism makes people happier actually has longer roots than that, though. It long predates the birth of psychology - or, for that mater, the birth of modern political activism. In Kasser’s paper, cowritten with Malte Klar of the University of Gottingen, the authors quotes Aristotle, who held that true happiness was only attained through engaging with the political affairs of one’s community.

Kasser and Klar’s research takes Aristotle literally. Defining political activism as broadly as possible - “the behavior of advocating some political cause{hellip}via any of a large array of possible means, ranging, for example, from institutionalized acts such as starting a petition to unconventional acts such as civil disobedience” - they set out to see whether it made a difference in how happy activists themselves said they were.

In one study, they asked 344 college students a battery of questions to gauge how central political activism was to their lives, how committed they were to it, and how often they were likely to engage in activism. They then asked them a set of questions meant to gauge, using various measures, how happy they were: how fulfilled, how optimistic, how empowered, and how connected to those around them. On most of the measures, they reported, activism did seem to correlate with happier, more optimistic, more social scores. Running the study again, this time with 359 self-identified student activists and an identically sized control group, they got similar results.

But while these studies showed correlation, they didn’t show causation. Perhaps happier, more optimistic, more social people are the ones who become activists in the first place.

To answer this question, Kasser and Klar ran a third study in which they sought to get subjects to think like activists, then measured how it affected their short-term happiness. They gave their subjects, again college students, a survey about the food in the dining hall. Some were given questions that primed them to think about what Kasser and Klar call the “ethical-political aspects” of the food: For example, they read a statement asserting that the cafeteria should offer fair trade products, then were asked to rate the importance of two different rationales offered for that decision. Another group was given suggestions that focused on apolitical aspects like the variety and the taste of the food. Both groups were then asked to write a note to the cafeteria director about the aspect of the food that was most important to them.

The students were then tested on a variety of psychological well-being scales. And while there were not appreciable differences on most of the scales, on one, “vitality” - a measure of both well-being and motivation - the students primed to think like activists did indeed outperform those who were primed simply to think about food quality.

“What we found,” says Kasser, “was that the activist felt significantly more vital and alive and energized than did the nonactivist group.”

Kasser and Klar are the first to look at activism’s effect on happiness, but there has been other research that, if indirectly, gets at the question. Other studies, including one in 2001 by the psychologists Holly Hart, Dan McAdams, Barton Hirsch, and Jack Bauer, found that activism was strongly correlated with a quality called generativity, a sense of responsibility for others. And generativity, several studies have found, is in turn correlated with happiness.

If you’re an activist, “you see yourself as a model for others,” says McAdams, a professor at Northwestern University. “You feel like you’re making a difference in the long run.”

The power of political activism, says Kasser, is that it manages to provide so many of the requirements for human happiness. It gives people a sense of efficacy and a conviction that they are changing their world. It provides an often rich social network. Because political causes are freely chosen, activism enhances a person’s sense of their own independence. And it gives a sense of self-transcendence, of being a part of something larger than your own individual concerns. All of these things, Kasser says, have been shown to make us happier.

Other researchers question whether there’s anything special about activism’s ability to make us happy. Tom Sander, the director of the Saguaro Seminar, a Harvard initiative studying levels of trust and civic engagement in American society, points to Saguaro research on religious belief, another reliable predictor of happiness. What’s interesting about religion, he points out, is that the actual believing part doesn’t seem to account for the greater happiness. What does account for it is the deeply social nature of churches and synagogues and mosques.

“It’s not how often they pray or belief about the afterlife or any content from the pulpit,” he says. The best predictor of happiness is “the number of friends they have at church.”

Sander suggests that political activism, too, might work in a similar way. Activists aren’t happier because of a sense of a higher calling, but simply because they’re doing what they’re doing with people whose company they enjoy. They might as well be playing bridge.

If anything, the Founding Fathers would be troubled by the finding that political activism is a pleasure, and the suggestion that enjoyment might help explain its appeal. In their view, entering the arena of politics - whether as a pamphleteer or a public servant - was a serious matter, to be taken on only when liberties were threatened.

True happiness, Thomas Jefferson insisted, is private, not political, something found “in the lap and love of my family, in the society of my neighbours and my books, in the wholesome occupation of my farms and my affairs.”

Of course, Jefferson himself, despite his family and farms and books and myriad private interests, was drawn time and time again back to public life and to politics, in a way that suggested a deeply personal yearning. Many of his closest friends were men he had met in the world of Revolution-era American politics.

It’s a feeling that today’s activists would well understand. Bill Wilson is the president of Americans for Limited Government, a fierce critic of the Obama administration.

“A significant percentage, they get to that point, I don’t want to say addicted, but it sort of is that,” he says of his fellow activists. “The serotonin, all the chemical reactions of the body, it’s pleasant. People want to do it.” 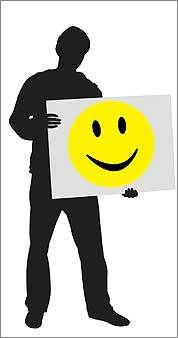