Is addiction a choice?

FOR YEARS, THE enlightened - and widely held - view of addiction has been that it is a disease. Chronic drug abusers, for example, are physiologically compelled to continue their self-destructive behavior. They often have a genetic predisposition toward addiction, and their drug abuse results in biochemical changes in the body. Addicts need help if they are to be saved.

But in a new book from Harvard University Press, the psychologist Gene M. Heyman says this conventional wisdom is wrong. “Addiction: a Disorder of Choice” makes the provocative argument that addiction is voluntary rather than compulsory, that addicts respond to incentives just like most other people, and that in fact most drug addicts stop “using” without the help of treatment.

Heyman’s book, which seems likely to generate controversy, argues that all choices, including drug dependence, are influenced by preferences and goals. Addicts tend to quit when adult responsibilities weigh more heavily, and the costs of addiction (financial, marital, and otherwise) become greater than the benefits. Humans, in Heyman’s view, have an innate tendency to over-consume the things they like best because of our great susceptibility to short-term rewards - even if those rewards happen to be harmful in the long term.

Addiction, Heyman notes, remains widely seen as a “chronic, relapsing brain disease,” yet unlike most other supposed diseases you can be imprisoned for it (if you’re caught with illegal drugs). But “medical treatment and punishment,” the author says, “do not exhaust the possible responses to human problems.” Finding suitable alternatives is one reason it matters whether or not addiction is in fact an illness.

The author is a research psychologist at McLean Hospital and a lecturer at Harvard, from which he earned a PhD. He is also an adjunct associate professor at Boston College. Ideas interviewed him by e-mail.

Ideas: What’s the evidence that addiction is in fact voluntary? And why would anyone volunteer to be addicted?

Heyman: The American Psychiatric Association and World Health Organization describe addiction as a form of involuntary, compulsive drug use. The American National Institute of Drug Abuse describes addiction as a chronic, relapsing disease. I tested these claims by asking whether addicts typically remain long-term drug users, and what, if anything, helps them to stop using drugs. Every national survey of psychiatric disorders has revealed that most addicts were actually ex-addicts. The quit rate was about 75 percent. According to the age statistics, most addicts had quit using drugs at clinically significant levels by about 30 to 35 years old.

The surveys also reveal that most addicts, typically over 70 percent, did not seek clinical help. So they must have quit without professional assistance. In-depth interviews showed that quitting was preceded by such factors as the drug user’s concern about finances, desire for respect from family, keeping or getting a job, and worries about health. In other words, the usual factors that influence everyday decisions helped addicts quit drugs.

But those same factors do not eliminate the symptoms of schizophrenia or Alzheimer’s disease. Accordingly, we call these disorders “diseases.” I do not mean to say that someone chooses to be an addict. Rather, they choose to have just one more drink or quit tomorrow. A long enough series of one-more-times makes an addict. Addicts tend to quit when the “hassles” of maintaining their habit become too great (sometimes called “hitting bottom”).

Ideas: How is it that no one has noticed these studies and other factors before? Is there some reason we are so wedded to the disease model?

Heyman: First, the recovery numbers are buried in tables and presented in ways that obscure the quit rates. Although the math is simple, readers have to calculate the quit rates for themselves. Second, most research is based on addicts who come to clinics. But these are a distinct minority, and they are much more likely to keep using drugs past the age of 30 - probably because they have many more health problems than non-clinic addicts. They are about twice as likely to suffer from depression, and are many times more likely to have HIV/AIDs. These problems interfere with activities that can successfully compete with drug use. Thus, experts have based their view of addiction on an unrepresentative sample of addicts.

Also, if we recognize that addiction is voluntary then we have to conclude that individuals are quite capable of voluntary self-destructive behavior. This is hard to understand, and it raises questions about the wisdom of forms of government and economic institutions that assume human rationality - that individuals make choices which favor their best long-term interests. Addiction tells us that humans can act persistently against their own interests. Novelists and dramatists know this, but it’s an idea that doesn’t easily fit the modern scientific viewpoint.

Ideas: But doesn’t addiction have a strong hereditary component?

Heyman: Yes. We are biological creatures, and even voluntary behavior has a biology, including a genetic background. The question is not whether addiction has a biological basis - it does - but whether its biological basis prevents drug use from coming under the influence of costs and benefits. As it turns out, incentives matter.

Ideas: What about the claim that addictive substances (which these days are said to include food, the Internet, and all kinds of other things) cause changes in the brain that make it almost impossible to exercise restraint?

Heyman:All experience that changes behavior does so by changing the brain. The critical question is whether these changes are deleterious, and whether they block the influence of the factors that support self-control. My hunch is that if drug-induced brain changes do not block the influence of costs and benefits on drug use, then Internet-induced brain changes do not make turning off your computer impossible.

Ideas: If addiction is not a disease, what should we do differently to help one another and ourselves?

Heyman: I do not pretend to be a policy expert. But the implication of my analysis is that drug prevention and treatment programs should focus on things that raise the value of non-drug activities and lower the value of drugs. This could include pharmacological methods such as methadone, which block the pleasure of heroin, and training that provides high-risk populations with marketable skills. Schooling is worth emphasizing, since educational attainment is the strongest predictor of avoiding drug problems. Just publicizing the fact that most addicts quit - and that addiction is not a chronic disease - may be helpful. It’s encouraging news, and it has the advantage of being true.

Daniel Akst is a writer in New York’s Hudson Valley. 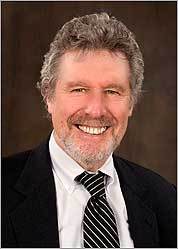