Why don’t Americans understand science better? Start with the scientists. 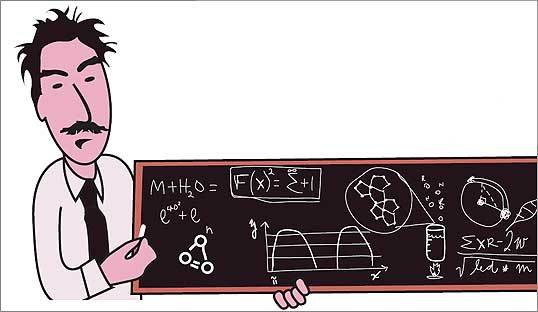 Earlier this month, the Pew Research Center and the American Association for the Advancement of Science unveiled the latest embarrassing evidence of our nation’s scientific illiteracy. Only 52 percent of Americans in their survey knew why stem cells differ from other kinds of cells; just 46 percent knew that atoms are larger than electrons. On a highly contentious issue like global warming, meanwhile, the gap between scientists and the public was vast: 84 percent of scientists, but just 49 percent of Americans, think human emissions are causing global warming.

Scientists are fond of citing statistics such as these in explaining conflicts between the public and the scientific community. On politicized issues like climate change, embryonic stem cell research, the teaching of evolution, and the safety of vaccines, many Americans not only question scientific expertise but even feel entitled to discard it completely. The reason, many scientists infer, is that the public is just clueless; perhaps we wouldn’t have these problems if the average citizen were better educated, more knowledgeable, better informed.

Yet while scientific illiteracy is nothing to shrug at, the truth is that it’s only part of a broader problem for which scientists themselves must shoulder a significant portion of the responsibility. Decrying ignorance and scientific illiteracy, many scientists treat their fellow citizens as empty vessels waiting for an infusion of knowledge. That is exactly wrong, and exactly why so many people, in turn, see science and scientists as distant, inscrutable, aloof, arrogant. Rather than blaming, scientists ought to be engaging with the public, trying to personally make their knowledge hit home and to instill by example (rather than from a distance) the nature and virtues of the scientific mindset - while also encouraging average Americans to ask their own questions and have their say. Scientists must make it clear that while they don’t have all the answers, science is about searching for the truth, an imperfect process of doing the best one can with the information available, while knowing there is always more to learn - the epitome of humility.

Ask yourself: How much would more scientific literacy help the public, really, in understanding the toughest, most contentious issues? Undoubtedly, the more scientifically literate Americans are, the more they’ll understand newspaper articles about science, and be able to follow public debates. But there’s a limit: Scientific literacy is no shield against anti-evolutionists or global warming deniers, for example, who are often scientists themselves, who couch their arguments in sophisticated scientific language, and who regularly cite articles in the peer-reviewed scientific literature. Having the knowledge equivalent of a PhD is more along the lines of what’s necessary to refute them, and even then, the task requires considerable research and intellectual labor, far more than most people have the time for.

If members of the public aren’t all going to earn PhD’s, they need something else, an attribute the standard “scientific illiteracy” survey questions don’t really measure. We would describe it as a deep and abiding awareness of the importance of the scientific endeavor to their lives and the national future. This means that Americans would be more likely to see - much in the way that scientists currently see - how science-centered developments and controversies will shape the coming decades and guide countless critical political decisions, in areas ranging from energy policy to the ethics of various types of biomedical research.

To that end, Americans should be far more engaged with scientists and what they’re doing. They should know the names of leading researchers (most Americans do not) and the nation’s top scientific agencies (again, most Americans do not). To the extent possible they should know scientists personally, both so they can get a sense of the nature of scientific reasoning and so they feel they are being heard, not just lectured to. Perhaps this way, when it comes to the toughest and most politicized questions, they will better recognize that scientists will not rally around a firm conclusion unless it really is precisely that.

As matters currently stand, though, such reaching out to the public isn’t much rewarded in the scientific community. There’s little incentive for it. Advancement in science doesn’t happen, for the most part, due to one’s public engagement or media skills. Rather, it’s all about your published research: How many papers have you placed into leading journals, and how much are they being cited by other scientists?

There are, admittedly, efforts afoot to change this problem. The National Science Foundation’s decade-old IGERT program - Integrative Graduate Education and Research Traineeship - strives to impart a far broader set of skills to young scientists, and is supporting some of the best courses in the nation to this end. For example, an IGERT-supported course entitled “Climate Change and Marine Ecosystems,” taught at the Scripps Institution of Oceanography by marine biologist Jeremy Jackson, introduces young scientists not only to the research on climate change, biodiversity, and conservation, but also to economic thinking, policy realities, the nature of the modern media, and even the work of filmmakers, improv comedians, and Internet organizers.

However, the IGERT program is a shadow of what it could be: At present, the program disburses about 20 grants per year, yet each funding cycle, the NSF reports receiving more than 400 preliminary IGERT proposals.

We need an entirely new project of public outreach on the part of the scientific community. It shouldn’t require every academic scientist to go door to door - not all will be interested in this work, and not all will be good at it. Rather, it should centrally focus on training those young researchers who are not destined for academic jobs - their numbers are growing today, as academic opportunities decline - so that they’re ideal emissaries for bringing science to the rest of society.

The enthusiasm is already there in the youngest generation of American scientists, who want to give something back. Some will become our next crop of great researchers - yet some don’t want to follow in the footsteps of their professors, and are ideal candidates for becoming liaisons between science and society. But finding careers for them in public outreach is another matter entirely. As the free market surely won’t do it, universities, philanthropists, and scientific societies must create these careers - and of course, we need the help of government as well.

Ultimately, all of this could lead to nothing less than a substantial redefinition of the role of the scientist in public life. No longer merely a distant voice of authority, the scientist could also become an everyday guide and ally, a listener as much as a lecturer. There’s no doubt members of the public must become much more knowledgeable about science and its importance. But scientists must also become far more involved with - and knowledgeable about - the public.

Chris Mooney and Sheril Kirshenbaum are the co-authors of the new book “Unscientific America: How Scientific Illiteracy Threatens Our Future” (www.unscientificamerica.com), upon which this article is partly based.