"I THINK I caught a word in the process of evolving yesterday," e-mailed reader John C.C. White of Arlington last week. In a talk radio discussion of shopping habits in the down economy, he heard one contributor explain that he was postponing purchases until he was "in better financial straits."

Perfectly understandable, of course. But what is a strait, again? White quoted his American Heritage Dictionary: It's "a position of difficulty, perplexity, distress, or need." If you're in straits - or in "straitened circumstances," a 19th-century euphemism for "broke" - you're in a pickle, in a jam, in, literally, a tight spot. And you can't be in "a better pickle," can you?

Apparently you can. The "better straits" expression isn't even particularly new: In 1980, a story said, "What put the Kalvigs into better straits had nothing to do with the recession or President Carter's new anti-inflation moves." In 1933, the Chicago Tribune observed, "city government is in not much better straits."

This isn't so surprising, since we don't know much about straits these days. Maybe we remember the Strait of Magellan from school, or the Strait of Hormuz from the news, but we've pretty much forgotten the sense of strait that gave us straitjacket, straitlaced, and strait and narrow (as they were originally spelled).

And apparently the same thing is happening to the straits of dire straits: The formula is so familiar that the literal sense of strait is fading. Of 52 mentions of straits in major US newspapers last month, 33 were in the phrase "dire straits" or "desperate straits." When the modifier regularly supplies the negative meaning, we don't need straits to be negative too; we can reinterpret it as a neutral word, a synonym for "circumstances" or "a situation" rather than "a fix."

Even sailors who navigated actual straits sometimes forgot that the figurative straits was a negative term. In a 1912 story collection, "The Chief Mate's Yarns," a narrator says, "with the sun shining we would soon be in better straits." And as early as 1872, in Samuel Smiles's "A Boy's Voyage Round the World," the young author writes, "We were in little better straits ourselves. When we got up to the buggy, we found it fairly stuck in the mud in one of the worst parts of the road."

But if strait has been evolving for more than a century, it isn't evolving all that fast. Its neutral use - in expressions like "better straits" or "improved straits" - appears in print only a handful of times each year, not enough to show a trend.

And maybe using straits to mean "circumstances" isn't so inaccurate, says John White: "Many of us are always in a position of 'difficulty, perplexity, distress, or need,' financially speaking, and the only thing that changes is the degree of desperation."

ALL-NEW NEWS: Phillip L. Radoff has been wondering why nobody touting a product, from NPR to GM to CBS, is willing to call it simply "new." Instead, he e-mails, "they are all-new: all-new programming and all-new cars. Would anyone think that they were only partially new if the qualifier all were omitted?"

Short answer: no. New means new, and sometimes all-new probably doesn't really mean all new. But we don't use language just to convey literal meaning; some words are there to add emphasis, which is also, after all, a kind of meaning. "I have the exact same phone," "you're absolutely right," "it was stone cold dead," "I'm never, ever going back." Some people like to pick on such words as redundancies, but those are the people H.W. Fowler accused of wanting to turn English into "an exact science or an automatic machine."

What's interesting about all new is that it's a quite new (though not all-new) boast, an advertising come-on born of the age of consumption. There's an old Boston story of a 19th-century Brahmin matron whose New York counterpart asks where Boston women buy their hats. "Buy our hats?" replies the Beacon Hill blueblood. "We have our hats."

In England, you don't need the Wayback Machine to discover similar attitudes. Only a couple of decades ago, Tory parliamentarian Michael Jopling sneered at his nouveau riche colleague Michael Heseltine as a man of no particular breeding, one who "has to buy his own furniture."

Americans have been committed to buying, not having, their hats for quite a while now. But economic reality could revive our affection for the heirloom hat and the old oaken dresser - though it probably won't wipe out all new from the vocabulary of advertising.

WORD WISE: Alexander Pope, in "An Essay on Criticism," explains why we should sometimes ignore the rules:

As Men of Breeding, sometimes Men of Wit,

For not to know some Trifles, is a Praise. 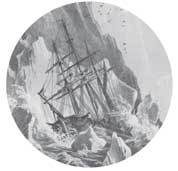