How to be famous in a few easy steps 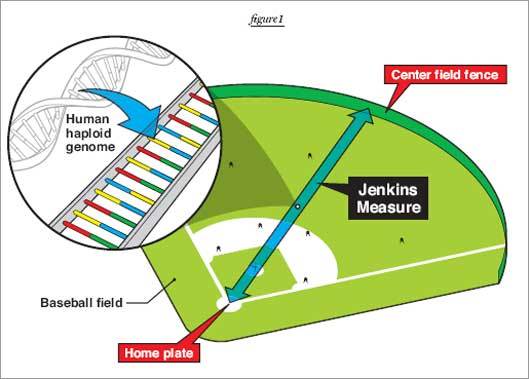 HUMAN NATURE IS complex, fickle, and strange. But there is one constant in people's mercurial desires: People like to have things named after themselves. If you have a lot of money, this is straightforward: Buildings and schools are up for sale. If you were born a few hundred years ago, you could even get a country named after you. The academic sphere is a naming gold mine: animal species, philosophical problems, chemical elements, psychological disorders. The list goes on - all very nice, but somewhat mundane. And frankly, they all involve work.

What you're clamoring for is something lofty, something timeless, and something that can be named without leaving your . You are thinking about ideas. Mathematical formulas, political philosophies, physical constants, literary movements, economic policies, peculiar scientific phenomena - some lucky people even get entire theories and worldviews, such as Marx or Murphy. What I provide here is a guide to getting an idea or abstract concept named after you. The steps are simple and very effective.

But first, a cautionary note: Do not be greedy, for there is a threshold. This upper barrier, which I term the Arbesman Limit, is the maximum number of concepts or ideas that can be named after a single person. This boundary is unknown, but I imagine the Arbesman Limit to hover in the neighborhood of 100. Yes, that sounds rather high, but we must take into account Carl Friedrich Gauss, the great mathematician of the late 18th and early 19th centuries, who had more than 80 concepts named after him - formulas, theorems, algorithms, and much more. Someone once told me that Gauss created so many ideas that people started naming his ideas after the person who discovered them second. There are many apocryphal stories about Gauss.

Gauss aside, Johann Dirichlet, a French mathematician from the 19th century, was also rather prolific, with about 25 formulas and theorems named after him, well below the Arbesman Limit. And Einstein also did well for himself, with about the same number of concepts associated with his name.

OK, so you want an eponymous idea. Presumably you are currently below the Arbesman Limit, so that won't be a factor. First, take your surname and append one of the following suggested terms (see Table A).

Now you have your own idea, or at least a name for it. The next step is to give meat to your concept. Allow me to demonstrate the procedure by way of example. Suppose your name is Jenkins. You have settled on the term "Jenkins Measure" due to its delightfully lilting cadence, but are at a loss as to its meaning. Simply allow your mind to wander. What are you interested in? What is strange about the world? What can be measured?

You (that is, Jenkins) happen to be a fan of sports and molecular biology. Naturally, your mind explores these realms. Cells, cellular machinery, nucleotides, you ponder. And then suddenly, DNA. Aha! It is so clear! The Jenkins Measure is simply the number of unspooled human haploid genomes required to stretch from home plate to the center field fence of a baseball stadium. It is elegant in its simplicity and also neatly demonstrates the essential humanity of America's greatest pastime. One quick back-of-the-envelope calculation and you are done: the Jenkins Measure is about 120. And now you can lean back and watch the citations roll in, enjoying your growing fame in both academia and athletics.

Of course, before you go out and begin to grace the world with your newly minted eponymous idea, don't forget Stigler's Law of Eponymy: "No scientific law is named after its original discoverer." (Stephen Stigler attributes this to Robert Merton.) This law, which we shall generously apply to all realms of knowledge, has the following implication: By naming a concept after yourself, you have just established that someone else thought of the idea first. But that's the risk you have to take in achieving intellectual immortality, and making your way toward the Arbesman Limit.

Which, I'm pleased to report, I am steadily approaching.

Samuel Arbesman is a postdoctoral fellow in the department of health care policy at Harvard Medical School. This was adapted from an article in The Science Creative Quarterly, an online magazine available at www.scq.ubc.ca.