Why is that beer jacket a 'koozie'?

DO YOU HOLD onto a cold beer with a koozie or a cozy? Or do you call that insulating sleeve for a bottle or can something else entirely?

"I'm from Texas and have lived in the Deep South for five years now, and it's koozie all the way," writes Jess Davis in an e-mail. "But my family is largely from the North, and refers to them as cozies." Davis wonders if this is a regional thing, and if either word is accepted as standard in print.

The blogger Photoboothgirl asked a similar question last March, but her geographical impressions were different. "As a Seattle-ite by birth, I grew up with the use of Beer Cozy," she wrote. "But after years of living in New York, I am tongue-tied and often say, Beer Coozy."

I didn't know any of these words for the cold drink holder, though cozy meaning "a covering to keep warm things warm" - as in "tea cozy" and "egg cozy" - dates to the mid-19th century. The half-dozen local beer drinkers I polled, though familiar with the thing itself, also didn't call it koozie or cozy.

On the other hand, the terms aren't exactly obscure; online ads offer dozens of koozies and coozies. Newspapers across the nation print the words, though sparsely, and usually as koozie with a k.

Is it a Southern creation? Could be; 10 years ago, members of the koozie/coozie clan appeared only in newspapers from the Southern states and Texas. (Twenty years ago, neither word appeared in the Nexis news database.)

The evidence, however, is puzzling. The earliest beer cozy I could find is also Southern - it comes from 1989, when Steve Hummer of the Atlanta Journal-Constitution said the boring World Series could use a gimmick: "This is a Series in need of a Beer Cozy Night." (Obviously, his readers were already familiar with the beer cozy.)

David Sedaris, who grew up in North Carolina, also chose cozy in "Barrel Fever," his 1994 collection. "She wore, I remember, a skirt the size of a beer cozy."

Koozie, on the other hand, first pops up in print not in the South but in Newsday, in 1991, pointing readers to Free Koozie Night at a Long Island bar. "In case you aren't clear on 'koozies,' they're those darling foam things you shove a beer can into to keep it cold," the writer explains.

Other local terms are out there. In 1994, for instance, a reader asked the Austin American-Statesman where she could get personalized "coolies" or "huggies" for soda cans. Australians have a word to suit their short beer bottle: Koozie, wrote one Web commenter, is a dorky name for "what is correctly known as a stubby holder."

Older readers might be considering an etymological detour, for coozie once had a ruder meaning. The Historical Dictionary of American Slang lists it as a vulgar word for the female genitals, in use from the 1920s to (at least) the 1970s. But I've found no evidence of a connection. In fact, the Dictionary of American Regional English gives coozy as a variant of cozy - "Sit here in the coozy corner" - in 1911, before the crude sense is documented. "Variants like coozie and cozy, doosie and dosie [or doozy and dozy] are not uncommon," it adds.

Koozie seems much more likely to be a variant of cozy. But why - aside from sheer playfulness - would we change a beer cozy into a koozie?

One reason might be that cozy sounds off-kilter in the context of keeping something cold; the adjective cozy has always meant safe and snug, strongly implying warmth. And if you're selling koozies, a unique name - one that sounds cool-ish and doesn't evoke tea cozies - is clearly an improvement.

My guess is that koozie started as a regionalism for cozy, but is making a bid for independent status. Its fate rests in the well-insulated hands of the koozie-using public.

POETRY, NOW AND THEN: The president-elect's request for an inaugural poem from Elizabeth Alexander has brought the term "occasional poem" back into our consciousness, along with the need to remind ourselves that occasional has two near-opposite meanings.

An occasional brownie is an infrequent and unscheduled indulgence, but an occasional poem is written for a particular event. It must "serve the specific moment," Alexander has said, but the poet also aims for a work that "has a meaningful life after that occasion."

Easier said than done, according to the critics. "In an occasional performance no height of excellence can be expected," wrote Samuel Johnson in 1779. A century or so later, in "The Devil's Dictionary," Ambrose Bierce declared that occasional poems "afflict us a little worse than other sorts of verse." Both men, however, wrote their own occasional poems. They must have suspended cynicism and hoped for the best, and there's no reason we can't do the same. 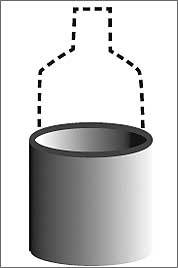