The truth about consequential

Is it serious, or snarky?

MY COLLEAGUE CHRIS SHEA, who writes the Brainiac blog for Ideas, has been noticing a surge in the use of consequential in the sense "important, significant, game-changing."

A few years ago, he recalls, "everyone was calling Bush a 'consequential president.' People think that sounds very serious." And now, you can find the consequential label stuck on all sorts of stuff: The youth vote in November, the Whiskey Rebellion, various football games, and certain secretaries of state are among the many examples published recently.

OK, so consequential is a buzzword, but otherwise there are no grounds for condemning it. Or are there? Shea checked a few references, and he was surprised to find his 2007 Shorter Oxford English Dictionary claiming that consequential, meaning "important," is properly used "now only of a person" - a person, that is, of "social consequence."

That's manifestly not true in America, and it doesn't seem to describe British usage either: A Nexis search finds UK publications writing of "consequential decisions" and "the most consequential welfare minister," just as we Yanks do. So how did the notion that this consequential is extinct end up in a current dictionary?

Merriam-Webster's Dictionary of English Usage, the go-to source for usage history, traces it to two sources. First was the Oxford English Dictionary editor who, in the late 19th century, composed the definitions for consequential; he believed that its application to nonhumans - as in "a consequential fact" - was an obsolete sense.

Not long after, H.W. Fowler also declared that sense of consequential dead. In "The King's English" (1908), he told readers that "so consequential a war" was not now idiomatic, and they should use important or fateful instead. Consequential could only mean "resulting" or, applied to people, "self-important."

Well, it still means "resulting," but you may not have heard it as a sneering synonym for "self-important." This ironic sense, applied to people who were "getting above themselves," affecting "a consequential air" is rare nowadays, but it was a common putdown from the mid-18th century to the early 20th.

Maybe, in class-bound Victorian England, the snarky sense of consequential did temporarily overwhelm the merely "important" meaning. But Fowler guessed wrong about the future. The "pompous" consequential was soon on the wane; our current sense, the simple opposite of inconsequential, may have been driven underground in Britain, but it never died out in America.

Fowler's 1908 ban was repeated in his classic "Modern English Usage," in 1926 and again in the 1965 edition, and echoed in other British usage guides. Some Americans must have believed them: What else could have persuaded two-thirds of the usage panel of the 1969 American Heritage Dictionary to vote against consequential meaning "important"?

But for most American commentators, there was no issue. Edwin Newman, who wrote entire books complaining about his usage peeves, had no problem with the usage; in "Strictly Speaking" (1974), he mentions a "consequential remark" by Churchill. Harper's Dictionary of Contemporary Usage (1975) mentions "differences of opinion" on the usage. But it concludes that since consequence means "importance," "logically consequential should be the adjectival form . . . and we predict that it will in time be accepted." And so it was - or, perhaps, already had been.

CONSEQUENCING CRIME: In an interview on WBUR's "On Point" last week, former presidential candidate Mike Huckabee was explaining his skepticism about hate crime laws when he used a surprising new verb. "The fact that you strike someone and violently attack them is what you should consequence in the criminal justice system," he said.

"What you should consequence" - meaning, obviously, "punish." I'd never heard it, but a Google search found a handful of other instances, ranging from Internet informal to high bureaucratic:

"Going to get a coffee during the game will consequence in my defeat, unlike Warcraft."

"Several youth commented that staff should consequence the troublemakers."

"Any violations of visa conditions will consequence in cancellation."

Now, the OED has exactly one citation for "consequence" as a verb - from Milton, 1645 - and in that case the meaning is "infer." So Huckabee's verb is probably a brand new coinage. And if I had to guess, I'd say it's a word rooted in Rousseau, cultivated by Herbert Spencer, and hybridized by phalanxes of 20th-century child-rearing experts: That is, it's a verbification of the "conseqences" that began with the 18th-century theory of education by "natural consequences," such as letting a toddler burn his finger or a teenager flunk geometry.

Will naughty children and criminals someday be conseqenced? I wouldn't dare predict the future. But if the prospect worries you, consider: Would you rather they were disincentivized? 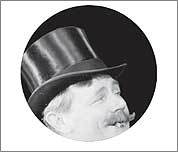