So, you want to save the economy?

All you need is a keyboard and a few good ideas. Inside the influential new world of econobloggers.

DURING THE PANIC of 1907, the nation's most powerful banker, J. P. Morgan, brokered a solution to the crisis behind the closed doors of his personal library in New York City. Faced with the total collapse of the financial system, Morgan gathered together the nation's banking titans into one wing of the library and locked the door, refusing to let them out until they had pledged to help one another through the crisis.

Morgan stopped the panic in its tracks, and his modus operandi - hammering out deals in secrecy - has become the conventional method of managing threats to the nation's economy. This year, the response to the crisis on Wall Street started that way, too. As venerable Lehman Brothers teetered on collapse, the nation's top bankers gathered in the offices of the Federal Reserve for a closed-door meeting at which the Treasury secretary urged them to rescue the beleaguered firm on their own. When that effort failed, Secretary Henry Paulson demanded Congress cough up three quarters of a trillion dollars to buy up bad assets, submitting next to nothing to make his case. The message was simple enough: Trust us - we know what we're doing.

This time, however, something strange happened. A sprawling network of experts in economics and finance began picking apart the Paulson plan - live, in public, on blogs. Despite the vitriol the bloggers dished out - "Why You Should Hate the Treasury Plan" was one of the more temperate postings - this wasn't a bunch of hacks howling from the sidelines. Their numbers included some of the nation's top academic economists, such as Paul Krugman, Nouriel Roubini, and Tyler Cowen, along with a host of financial-industry insiders who actually knew a great deal about credit default swaps, collateralized debt obligations, and all the other esoteric instruments at the heart of the crisis.

As the bailout plan unfolded, the bloggers offered historical context along with cutting critiques of the proposal. More important still, they offered counterproposals: direct capital injections into banks, for example, or direct purchases of mortgages. Many of their readers began badgering their senators and representatives to oppose the plan. A few weeks later, Congress rebuffed Paulson, sending shockwaves through global financial markets.

Though it's still unclear how much credit the blogs can take for shaping Washington's response to the crisis, it's already evident that policy makers charged with monitoring and fixing the markets are no longer operating alone. A fast-moving, highly informed economics blogosphere now tracks and critiques their every move. The result is that this may be the first national crisis to be hashed out by experts in full public view.

The blogs offer a rolling crash course in economics as authoritative as any textbook, but far more accessible. It's a conversation that's simultaneously esoteric and irreverent, combining technical discussions of liquidity traps and yield curves with profane putdowns and heckling headlines. In the process, the bloggers have helped to democratize policy making, throwing open the doors on the messy business of everything from declaring a recession to structuring the most expensive government bailout in history.

Late last month, Barry Ritholtz, who runs the financial blog The Big Picture, tried to convey to his readers the cost of the ongoing bailout of the financial system. Using inflation-adjusted numbers put together by a research group, he showed that the money spent (or pledged) thus far was larger than the combined cost of the Louisiana Purchase, the Marshall Plan, the New Deal, the Vietnam War, and the nation's entire space program. Within a week, readers of his blog had converted the data into pie charts and graphs. By then, his analysis had become part of the national conversation on the bailout, cited by everyone from conservative columnist David Brooks to liberal talk-show host Rachel Maddow.

This type of influence was hard to foresee when Ritholtz, then a strategist at an investment bank, launched his blog in 2002 to share his musings on the financial markets. Readership grew slowly, and interest from the so-called mainstream media was not immediately forthcoming.

The same could be said of the academic economists who were starting to put their ideas online: Berkeley's Brad DeLong, for example, George Mason University's Tyler Cowen, and New York University's Nouriel Roubini, all of whom began blogging in 2003 or shortly thereafter. In a sense, economics was a field made for blogging: Its ideas advance by disputatious back-and-forth, and not surprisingly these professors took to gently (or not so gently) mocking one another's writings, even engaging in lengthy arguments that stretched out over days, if not weeks.

Meanwhile, financial-industry insiders like Ritholtz were adopting the same take-no-prisoners approach to their topic. Some, like the bloggers on a site called Angry Bear, mixed politics and economics, featuring left-leaning rants by a small circle of largely anonymous bloggers. One such blogger, a retired veteran of Wall Street who signed his posts "Calculated Risk," had established his own blog in January 2005.

Calculated Risk quickly developed a cult following for its sophisticated analysis of economic data, for rapidly crunching numbers into readable graphs, and for the knowledgeable posts of Tanta, a guest blogger with razor-sharp prose and an almost limitless enthusiasm for exposing the inner workings of the mortgage industry. Tanta had worked as a mortgage banker, and the blog created an instant platform for this one thoughtful - and worried - insider. Today, her posts have become legendary as a prescient warning cry about the current financial meltdown.

When the subprime crisis broke late in the summer of 2007, the blogs leapt into action, unpacking, dissecting, and making sense of the gathering storm. Many journalists discovered the blogs at this time, too, using them to remedy gaps in their knowledge of obscure issues like securitzation and structured investment vehicles. Many issues first raised on blogs began to migrate to the front pages of major newspapers and magazines. In a subtle but important sense, the way America saw the crisis was being shaped by blog posts.

"The real leverage of blogs is that journalists read them," says Yves Smith, creator of Naked Capitalism, a hard-hitting blog that covers Wall Street. Barry Ritholtz of The Big Picture agrees. "The blogs are influencing what is put on the table for debate."

Tyler Cowen, who co-writes the blog Marginal Revolution, believes that their influence is on the rise, and that policy makers in Washington have started paying attention to what the blogs say. One published report by the Federal Reserve formally cited a post by the mortgage blogger Tanta. "The top blogs," Cowen says, "are being read at the highest level."

If so, the news they are delivering is not especially reassuring. Aside from the generally dim view of how the government has handled the crisis thus far, what really emerges from the blogs is a cacophony of views on how to proceed. Expert opinion, seen up close, is a thick tangle of dissent.

With the government considering a major stimulus spending package, the economics blogs are now buzzing with debates over what really caused the Great Depression, as well as what finally cured it - and whether we're heading down the same road now. While it may seem discouraging for the public to see that the field's top minds disagree so drastically about what to do, many bloggers believe there's a larger benefit to hashing these things out in public: it's much harder for real errors in thinking to take root. "Any major blogger who makes a mistake is corrected in five minutes," says Cowen. Yves Smith agrees: "It's a version of the Wikipedia effect, with people correcting each other."

There have been times over the past year when the economics blogs settled into a rough consensus. When Paulson first proposed the Troubled Assets Relief Program, or TARP, economics bloggers from across the political spectrum promptly raised questions and objections, zeroing in on the now-defunct notion that the government should buy up the "toxic" securities sitting on the balance sheets of banks and other financial institutions.

One blog, Mish's Global Economic Trend Analysis, played a particularly activist role, instructing its many readers to write their senators and representatives. Money manager Mike "Mish" Shedlock saw traffic on his blog increase by 50 percent during this period. "All the bloggers' traffic went soaring at this point," he says. "One weekend we filled up the voice mail of every congressional rep in the country."

As the incoming Obama administration appoints its top economic advisers, what little consensus existed at that juncture is fast disappearing. The nomination of Tim Geithner as next secretary of the treasury was greeted with enthusiastic applause by some bloggers and barely concealed contempt by others, with Shedlock labeling him a "Keynesian clown." Talk of a massive federal spending plan to stimulate the economy plan has elicited equally divided reactions.

But the fractious economics blogosphere has also, clearly, become a community. Last week, the author of Calculated Risk announced that his co-blogger Tanta had died of ovarian cancer at age 47. The news flashed from blog to blog, eliciting tributes by everyone from ordinary readers to the Nobel Prize-winning economist Paul Krugman. Tanta had a graduate degree in English, it turned out; her name was Doris Dungey, and her formidable financial expertise came from a job inside the mortgage industry coupled with deep curiosity about a complex problem. Her obituary ran in the New York Times, and when it did, it was the first time most of her devoted readers had seen her real name.

Stephen Mihm is a history professor at the University of Georgia and author of "A Nation of Counterfeiters." 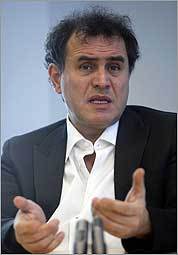 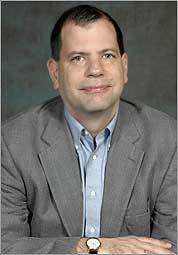