How to make colleges twice as productive

EVERY WEEK, IT seems, the recession brings more bad news for American colleges. As endowments decline, even prestigious private institutions have announced unprecedented hiring freezes. Public colleges and universities are girding for cuts in state support. The California State University system, the nation's largest, has already warned it may need to reduce enrollment by 10,000 students next academic year. A quality college education is more important than ever, but the economy is making it less accessible for students, and now even threatening the health of colleges themselves.

The nation's higher-education leaders could hardly come to Washington and ask for a federal bailout of their institutions, but there is a step they could take to keep their doors open to as many students as possible: Colleges and universities should use their campuses year-round.

As college operates today, when you take summers and term-time breaks into account, virtually all BA-granting schools shift into low gear for about half the calendar year. At a first approximation, you could run two complete colleges, with two complete faculties, in the facilities now used half the year for one. That's without cutting the length of students' vacations, increasing class sizes, or requiring faculty to teach more. Simply by spreading the fixed costs of a campus over twice as many participants, you could make degrees meaningfully less expensive. More students could go to college and receive better educations.

History and research confirm that using campuses more fully year-round is both workable and likely to cut costs per degree. During World War II, most American colleges and universities ran 48 weeks a year, six days a week, enabling some to share facilities. Years later, in 1972, Dartmouth College could increase the size of its student body without adding buildings simply by requiring students to attend full time for one summer session in their undergraduate career.

Higher education makes a pervasive contribution to the economy, and America needs to maximize the boost it can provide. College campuses are a huge and expensive resource, but for much of the year they do little more good than idle factories. Fully using them year-round would mean much more bang for the bucks we can still afford to spend.

Several years ago, while working with a George Washington University task force on the seemingly humdrum subject of the academic calendar, we began to suspect that American colleges and universities were underutilizing their facilities - perhaps drastically so. Since 1992, federal law has defined the academic year as at least 30 weeks of instruction, but in a survey of dozens of schools' calendars, we found that this federal minimum, far from being a lower limit, is the norm. Actual classroom instruction, in fact, typically occupies even fewer than those 30 weeks - which means that a typical college fully uses its facilities for academic purposes for little more than half the calendar year.

Many schools do run summer sessions, but we searched in vain for a BA-granting institution - other than Dartmouth, which still mandates one summer term - that delivered more than a fraction of its normal instruction during the summer. Our suspicions were further confirmed by a 2007 survey of more than 100 schools with summer sessions. In the responding schools, the amount of undergraduate education delivered in the summer averages only 15 percent of that delivered in a regular semester.

The reason this is so important is that an unused campus isn't free. While college facilities sit idle, they continue to generate maintenance, energy, and debt-service expenses that contribute to the high cost of running a college. Those costs are borne by students, taxpayers, and donors. Such inefficiency is not affordable today.

What should happen instead? A national task force should work out the specifics, finding ways that modern colleges can use their campuses more fully. One relatively easy step that colleges could take is to adopt a plan like Dartmouth's - requiring undergraduates to take a full course load during one summer, and skip a subsequent term or semester. Even without changing anything else about its academic calendar, most institutions could thus grow their undergraduate enrollment by 14 percent with little additional cost for bricks and mortar.

Our research suggested that a version of the Dartmouth plan could increase net revenue at medium-sized private universities like George Washington by more than $10 million a year, after figuring in the cost of additional faculty to teach the additional students. Other institutions might net more or less. Such funds could be put toward financial aid at private schools; public systems could accommodate new students at reduced per-student costs. Schools adopting this plan that didn't want to enroll more students would find themselves with extra space during the term, which they could provide at low cost to neighboring institutions that needed to grow quickly. More radical cost savings per degree might be achieved through true campus sharing by distinct institutions - having two colleges adjust their schedules so they could double up in a single campus. That would spread the cost of running a campus across two entire student bodies, significantly lowering the cost per student.

During World War II, colleges were under pressure to speed up degree completion so young people could join the war effort. The result was a voluntary shift in practice in which most colleges operated nearly year-round, with classes on Saturdays. Some schools also physically consolidated - for instance, Wake Forest's law school and Duke's law school shared quarters.

Any modern system would look very different from what happened in the 1940s, but three lessons from that period apply today. First, year-round operation can be done on a large scale. Second, it can be undone when it is no longer needed. Third, and most important, a shared sense of national need can suffice to bring about even as dramatic a reform as this - without government mandates.

If year-round operation makes financial sense, why don't colleges and universities do this already? In fact, they're aware of it: Business-oriented trustees at many schools have been proposing it for years.

Administrators, backed by faculty, have resisted for a variety of reasons. First, until last summer, when Congress wisely changed the law, federal financial aid was almost never usable for summer study, making it unlikely that large numbers of colleges could require full-time summer enrollment for graduation. A second factor has been sheer inertia, the weight of a long tradition of putting the books away in the summer, which may have its roots in the needs of an agrarian economy. A third factor is the suspicion that year-round college was secretly a plan to make faculty teach more or students go through faster - ideas that have their own pros and cons, but are distinct from the idea of more fully utilizing a campus.

Other objections are serious but not decisive: science professors benefit from having the labs to themselves and their best students for several months a year; and it's easier to clean and maintain the facilities when they're empty.

A key stumbling block for private colleges and universities considering year-round operation has been the classic "who goes first?" problem. The first schools to adopt such a radical new plan might lose students to schools with traditional calendars, because students prefer to take their time off in the summer.

The answer to the "who goes first?" conundrum has to be "everybody." We would hope that, in this time of crisis, leadership on the part of public-spirited college presidents and trustees, perhaps combined with the support of the new administration in Washington, would be enough to overcome each college's natural desire to offer a more popular ("no required summers") calendar than its competition. Unless there is unanimous agreement among institutions to operate year-round, the nation may be left with a devil's dilemma between allowing colleges to continue inefficient practices that needlessly raise costs and limit educational opportunity, and imposing legislative mandates that encroach on the autonomy of academe.

If and when economic conditions improve in the United States, the objections to year-round operation might come to seem weightier than they do in the current recession, and the system could revert to its old calendar - just as it did after World War II. But in the meantime, we would have kept colleges and universities open and available to as many students as possible, and minimized the long-term consequences of cutting America's investment in higher education. 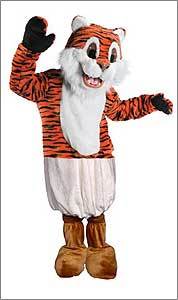