A talk with Betsey Stevenson and Justin Wolfers

It turns out money really does buy happiness. Uh-oh.

FOR YEARS ECONOMISTS have puzzled over a beguiling paradox: Money is supposed to be a good thing, but beyond the income needed for a basically decent life, nations didn't seem to get any happier as they got richer.

This deeply subversive discovery, which was embraced by an academic world already prone to such views, implied that affluent countries shouldn't worry so much about economic growth because growth wouldn't really make people better off.

Now a pair of up-and-coming young economists are saying the so-called Easterlin paradox (named for economist Richard Easterlin), doesn't exist. Rich people and rich countries are happier in like measure. Money, in other words, really does buy happiness, which may account for why people almost invariably seek more of it.

These sensible-seeming assertions about money and happiness are from Betsey Stevenson and Justin Wolfers, both at the University of Pennsylvania's Wharton School of Business, who analyzed all the data on income and happiness they could get their hands on - and as a consequence have upset some longstanding ideas in economics and psychology. Contrary to the prevailing view in economics, Stevenson and Wolfers found that the higher a country's income, the happier it was, and the results held regardless of such factors as the age of its citizens or their number of children. Even more provocatively, the economists found no satiation point at which additional earnings failed to make wealthier countries happier.

If their study holds up, it could have serious implications. The notion that increased income doesn't bring greater satisfaction has been used to question whether affluent countries should bother to pursue economic growth. Some have even suggested that researchers develop new measures of national well-being that are less focused on economic output.

One especially interesting finding of the Stevenson-Wolfers study: while Europe and Japan have grown happier since the 1970s as incomes have increased, Americans have not. Why would that be? The economists responded to questions by e-mail, and chose to answer questions jointly, just as they had written their paper.

IDEAS: How is it that you came up with answers so different from your predecessors?

The problem was that when comparing rich people with poor, economists typically relied on samples of thousands of people, and when sample sizes are this large, these differences are clearly statistically significant. By contrast, the early international comparisons involved only a handful of countries, and despite the richer countries being happier than the poorer countries, the sample size was small enough that this difference was not deemed statistically significant. With today's larger samples, it is clear that rich countries are in fact significantly happier than poor countries.

IDEAS: What are the social and policy implications of your results?

A: Our key finding is that income appears to be closely related to happiness. We find little evidence to support the competing notion that it is only relative income that matters. So policy directed at improving economic growth will likely have a powerful role raising happiness. Previous research has argued that the happiness gains from economic growth are limited, even zero in the wealthy countries. We find that this simply is not true. Most countries get happier as they get wealthier, and wealthy countries have citizens with greater happiness than poor countries.

IDEAS: But surely a dollar of extra income buys less happiness for the rich than for the poor.

A: Growth in happiness is proportional to the percentage change in income, so as income rises, an extra dollar buys a smaller and smaller amount of additional happiness. Redistributing income from the rich to the poor has the potential to raise the average level of happiness quite substantially.

IDEAS: I notice in your paper that Mexico and some other Latin American countries are only middling on income yet rank high on happiness. Why?

A: Happiness and GDP per capita are highly correlated across countries, but income is not the only important factor in determining happiness. There may be cultural, weather-related, social, or other factors that contribute to the rather consistent finding that happiness is higher than would be expected given income in Latin American countries. Similarly, Scandinavian countries appear to be happier than their income would predict, while Eastern European countries appear less happy than we would predict given their income.

IDEAS: Americans have grown richer but not happier in the past 35 years or so, and women's sinking happiness accounts for the difference. Why?

A: American women in the 1970s were happier than men. They've become less happy over the past three decades and are now slightly less happy than men. This is puzzling given the great achievements of women during this time period.

There are three possible groups of explanations. The first is that women are getting a raw deal. Here we might hypothesize either that the gains to women - greater wages, less discrimination, greater household productivity, fewer hours worked overall - have somehow yielded greater happiness for men. Or financial gains for women might have been offset by greater emotional and mental strain.

The second explanation is that women were exaggerating their happiness in the past, but since the feminist revolution have more scope to discuss it.

The third explanation is that women may be judging their happiness against a new frame of reference. For example, women may be assessing their happiness with greater expectations for their lives and are more likely to feel that they have come up short. Alternatively, a woman comparing herself to the man in the corner office may report lower well-being than her predecessor comparing herself to a fellow homemaker.

IDEAS: Unlike Americans, the Europeans and Japanese have grown happier. What are we missing that they get?

A: One reason growing incomes may not have yielded growing happiness in the US is simply that many of us did not have much income growth - a big chunk of America's income gains accrued to the rich. As the rest of us experienced little income growth, perhaps it isn't surprising they we experienced little growth in happiness. Now that we know the US is an outlier, we can get down to trying to understand what factors are dampening happiness here.

Daniel Akst, who is happy if not rich, is a writer in New York's Hudson Valley. 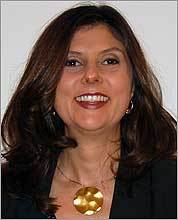 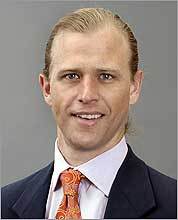