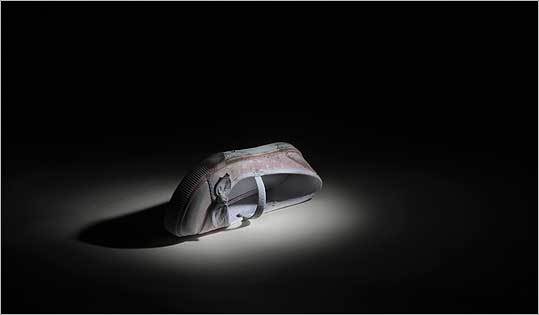 THE DISAPPEARANCE OF Brooke Bennett on June 25 seemed exactly the sort of case that the Amber Alert system was created for. The 12-year-old went missing from a convenience store in Randolph, Vt., and the next day state police issued an Amber Alert, Vermont's first. Local police and sheriffs' departments were put on notice. Television and radio cut into programming with emergency broadcast bulletins saying a young girl had vanished. News shows were told to ask viewers to call in with any sightings. Residents who had signed up for wireless Amber Alerts received warnings on their cellphones. And anyone playing the Vermont state lottery found, in the middle of the ticket, a reminder that a brown-haired, blue-eyed girl named Brooke was missing.

Since its birth 12 years ago after a fatal kidnapping in Texas, Amber Alert has quickly become one of the best-known tools in the national law enforcement arsenal. The warnings are familiar to anyone who watches cable TV news, especially during the summer, when the drumbeat of abduction stories seems to increase. Last year, 227 alerts were issued nationwide, each galvanizing interest in the local community and flooding police with tips. While the particulars of the state systems differ, the goal is the same: to disperse news of a kidnapping as widely and quickly as possible, in the hope that someone will spot the kidnapper before a child is harmed.

The program's champions say that its successes have been dramatic. According to the National Center for Missing and Exploited Children, more than 400 children have been saved by Amber Alerts. Of the 17 children Massachusetts has issued alerts on since it created its system in 2003, all have been safely returned.

These are encouraging statistics - but also deeply misleading, according to some of the only outside scholars to examine the system in depth. In the first independent study of whether Amber Alerts work, a team led by University of Nevada criminologist Timothy Griffin looked at hundreds of abduction cases between 2003 and 2006 and found that Amber Alerts - for all their urgency and drama - actually accomplish little. In most cases where they were issued, Griffin found, Amber Alerts played no role in the eventual return of abducted children. Their successes were generally in child custody fights that didn't pose a risk to the child. And in those rare instances where kidnappers did intend to rape or kill the child, Amber Alerts usually failed to save lives. In the case of Brooke Bennett, police quickly began to suspect an uncle with a history of sex crimes, and a week after she disappeared, investigators found her body in a shallow grave a mile from her uncle's house.

"Amber Alert is a victim of its own fantastically good intentions," says Griffin. "If someone gets ahold of a kid and has sufficiently nasty intentions, in the long run there's not much we can do."

Defenders of the program reject Griffin's argument. Some dismiss it as needless hair-splitting, while others question his data. And, considering the grim stakes, most see little point in criticizing a tool that saves any lives at all. "If an Amber Alert saves any child, don't you think it was worth it?" says Terrel Harris, a spokesman for the Massachusetts Executive Office of Public Safety and Security.

What Amber Alerts do create, its critics say, is a climate of fear around a tragic but extremely rare event, pumping up public anxiety. Griffin calls it "crime control theater," and his critique of Amber Alerts fits into a larger complaint on the part of some criminologists about crime-fighting measures - often passed in the wake of horrific, highly publicized crimes - that originate from strong emotions rather than research into what actually works. Whether it's child sex-offender registries or "three strikes" criminal-sentencing rules, these policies, critics warn, can prove ineffective, sometimes costly, and even counterproductive, since they heighten public fears and distract from threats that are at once more common and more tractable.

"The problem with these politically expedient solutions is that they look good but do very little to solve the problem," says Jack Levin, a professor of sociology and criminology at Northeastern.

The "Amber" in Amber Alert is an acronym - it stands for America's Missing: Broadcast Emergency Response. It is also the name of Amber Hagerman, a 9-year-old girl abducted and murdered in 1996 near her grandparents' house in Arlington, Texas. In the ensuing public outpouring of grief and frustration, a caller to a local radio station suggested that broadcasting information about the kidnapping over the radio might have saved Amber's life - thanks to a witness, the police knew what sort of car the kidnapper was driving.

The next year, radio stations and police departments in that part of Texas put in place a program to do just that. The idea quickly spread to other states, and in 2003 President Bush signed the PROTECT Act, directing all states to develop programs of their own, and providing funding and oversight through the Justice Department.

Amber Alerts have had some dramatic successes. One of the best-known is the kidnapping at gunpoint of two teenagers, Tamara Brooks and Jacqueline Marris, from a lovers lane near Los Angeles in 2002. Thanks to an Amber Alert that went out a few hours later, several motorists and a highway worker called in sightings of the kidnapper's stolen Ford Bronco. Sheriff's deputies used the tips to track down the kidnapper, fatally shooting him when he refused to surrender, and rescued the girls unharmed.

According to Griffin, however, such successes are exceedingly rare. Part of the problem is the nature of the crimes: In cases in which an abducted child is murdered, the killing usually happens within the first three hours, and few of the Amber Alerts Griffin looked at were issued that quickly. It takes time to notice a child is missing, and police then have to confirm that the report is not a hoax or a mistake.

Griffin considers his findings "preliminary": he and his team examined only a portion of the Amber Alerts issued over the three-year period they focused on, and did not have access to the full police reports on each case. But the overwhelming weight of the data, he argues, is unequivocal.

One of the main arguments for the effectiveness of Amber Alerts is that, in the vast majority of kidnappings in which Amber Alerts are issued, the children are returned safely. But most of those kids, says Griffin, would have been rescued whether an alert had been issued or not. Around 63 percent of Amber Alert issuances they looked at had "no direct effect on recovery," Griffin and his coauthors wrote in a paper last year in the Criminal Justice Policy Review. Instead, kidnappings were resolved in many cases by traditional police all-points bulletins and investigations - or because kidnappers simply changed their minds.

That still leaves a third of cases in which Griffin and his team found that Amber Alerts played a role, either because they brought in tips or because the kidnapper, seeing the alert, lost his or her nerve and released the child. When Griffin looked at those cases, however, what he found was that very few were the sort of imminent-harm situations Amber Alert was created for. In fact, only a tenth of Amber Alerts, he determined, helped rescue a child from what Griffin saw as a dangerous situation - and that group included situations in which an armed parent abducted his or her own child. While an armed parent is not something to be taken lightly, Griffin says, it's very different from a sexual predator with rape and murder on his mind.

"If a mom is told by a court she can't see her kid, doesn't trust her husband, and abducts the child, it's stretching reason to say we need an Amber Alert to save the kid's life," Griffin argues. He cites studies showing that, even before Amber Alert's existence, 70 percent of parental abduction cases were resolved in less than a week.

"Thus, AMBER Alert 'failures' are usually cases when there was little hope and 'successes' are merely instances when there was relatively little threat," Griffin and fellow criminologist Monica Miller wrote in a paper earlier this year. "An AMBER Alert is therefore essentially irrelevant compared to the main factor (the perpetrator's intention) that determines an abducted child's fate."

To supporters of the system, these arguments are at once misguided and dangerous. To say that only children snatched by unrelated child rapists are truly in danger, they argue, is setting the bar too high. Any abduction is deeply traumatic for a child, they argue, and a parent with a gun has certainly put that child in harm's way.

But more generally, Amber Alert's defenders take issue with the idea that a low success rate should be seen as a fault with the program. Just because the Amber Alert system doesn't save more children than it does, they argue, hardly qualifies it as a failure.

"It doesn't cost anybody anything," argues Tyler Cox, operations manager for radio station WBAP, chairman of the Dallas/Fort Worth Amber Plan Task Force, and one of the people who helped create the original Amber Alert. "There's no expense to operating an Amber Alert system if you're doing it the right way."

Critics, however, measure the price of the program not in money but in broader social costs, in anxiety, panic, and misdirected public energy. Amber Alert and other measures "generate the appearance, but not the fact, of crime control," Griffin and Miller wrote. In so doing, such crime-fighting efforts reinforce misconceptions about what we should and shouldn't be afraid of.

"It creates a sense of paranoia, not only in parents, but in children themselves," says James Alan Fox, a Northeastern University professor of criminal justice.

Historically, crimes against children have shown a particular tendency to inspire strong measures. The criminologist Kristen Zgoba, now a researcher with the New Jersey Department of Corrections, has looked at the genesis of Amber Alert and Megan's Law (named after a raped and murdered 7-year-old, Megan's Law established state registries for sex offenders). Zgoba argues that while the number of stranger abductions and murders of children has remained steady over the years, public fear around the issue has fluctuated wildly, cohering into national panics from time to time, as in the summer of 2002, when several high-profile disappearances led cable news channels to proclaim the "summer of abduction."

In fact, according to Fox, stranger abductions remain exceedingly rare: In the United States, he calculates, the odds of a child being kidnapped by someone he or she doesn't know are roughly one in a million. "We tell kids, 'Don't talk to strangers, they all want to abduct you,' but if a child needs assistance, a stranger will generally help them, not hurt them," Fox argues.

This is, of course, little consolation to parents who have lost children to kidnappers. But, according to Fox, if we want to save children's lives, we'd do better to worry about loosely enforced bicycle helmet and seat-belt laws, or the safety standards of school buses - all of which are much more statistically dangerous but lack comparably high-profile systems for stoking public concern.

And, according to Griffin, even when children die at the hands of adults, it's usually not because they were stolen from their home - on the contrary, it's the home situation itself that's deadly.

"When a child dies, in the vast majority of cases it's going to be a kid you've never heard of in a part of town you've never gone," he says. "Savage beatings, drug abuse, kids not being fed, that type of crime happens far more often than the abduction and murder of little girls."