A talk with Orit Bashkin

What Iraq was like when its thinkers could safely disagree

THE IRAQ OF today seems to be defined by nothing so much as the hatreds and rivalries of its two main Muslim sects, Sunnis and Shi'ites. After the extraordinary violence of recent years, some pundits wonder if Iraq's various factions could ever share enough good will to live together in a democracy. If they can't, the alternatives are grim: another ruling strongman like Saddam Hussein, or a Shi'ite theocracy akin to the regime in Iran. Some question whether Iraq even has enough internal coherence to function as a nation, since its borders were established only in the 1920s as Great Britain scooped up shards of the fallen Ottoman Empire.

But a forthcoming book by University of Chicago historian Orit Bashkin suggests there may be a little more hope than we think. In "The Other Iraq: Pluralism and Culture in Hashemite Iraq," to be published this fall, Bashkin explores a forgotten golden age of intellectual ferment from the 1920s through the 1950s, when many writers and artists championed nationalism, democracy, and secularism, as they mingled in student groups, publishing houses, labor unions, and political parties. They included not just Shi'ites and Sunnis but Jews, Kurds, and Turkomans.

The Iraq of the time wasn't exactly a model democracy; it was controlled first by the British and then by a British-influenced monarchy, the Hashemites. There were trappings of democracy but only limited suffrage and plenty of repression and colonialist meddling, Bashkin says, but Iraq still provided fertile ground for members of an educated elite to explore their political identities and philosophies within and across ethnic and religious boundaries.

Bashkin, a 34-year-old Israeli, is a professor of modern Middle Eastern history at Chicago. She has never been to Iraq, but based her work on the extensive archives at US universities and in London and the Middle East. Bashkin started her research in the mid-1990s, with no idea how topical it would become. As Baghdad's own archives and libraries were looted, and Iraqi professors became prime targets for assassination, she says, "in a way it became a work of commemoration."

She spoke by phone from Tel Aviv, where she is doing research this summer for a book on Iraqi Jews.

IDEAS: Iraq today seems immensely polarized, but you write of the formation of "hyphenated Iraqi identities" in the mid-20th century. What do you mean by that?

BASHKIN: People created identities that enabled them to be an Iraqi while at same time feeling pride for the religious and cultural background from which they came. There were Shi'ites in Najaf saying, "we have contributed to Arab culture, look at our fantastic poetry, look at the contributions of the cities of Najaf and Karbala, look at how many Shi'ites participated in the rebellion of 1920, fighting for independence." There were Iraqi Jews saying, "we are the descendants of Abraham, who came from Iraq, so we are an ancient Iraqi community."

I realize ethno-religious identities are very important right now, but I wanted to say they are changing over time. There were moments of coexistence, moments when people thought about building bridges. The assumption is that in Iraq religious identities don't change, and Sunnis and Shi'ites have been fighting each other since the early medieval period in this ancient primordial conflict, but in reality it's more complicated.

IDEAS: One often hears how Sunnis and Shi'ites in Iraq used to intermarry and live in peace. On the other hand, Saddam Hussein brutally repressed the Shi'ites, and the violence of the last few years seems to suggest some very deep-seated animosity.

BASHKIN: It's important to distinguish the period of today from before the Islamic revolution in Iran, and the Iran-Iraq war that aggravated the situation. You have radical Sunni Islam today, and a generation that grew up under sanctions, much poorer and less educated. {hellip} In the [Hashemite period] there were a lot of sectarian animosities, you'd especially see it in private correspondence, but on the other hand you also see the effort to think differently. Shi'ites were saying, "we are Iraqis, but as Iraqis we demand a larger share of representation." They were speaking in the language of nationalism, the language of citizenship, the language of modernity.

IDEAS: How did this idea of Iraq as a unified nation come about?

BASHKIN: From the mechanisms we see in other countries - from a shared education system, the rise of the print industry unique to Iraq - people reading the same newspapers, poems, and novels, people becoming interested in medieval history. Some people saw themselves as part of a pan-Arab identity, but others talk about specific features for Iraqi society. Especially in the 1940 and '50s, you can see that in art. Artists were integrating Sumerian and Babylonian and Islamic motifs, thinking about this as a unique country.

There were anxieties that the tribal population was more loyal to their tribe than to the nation, or that the Kurds were a problematic element, but urban middle classes lived together and worked together and read the same things.

IDEAS: What were some of the hotly debated topics at the time?

BASHKIN: There were a lot of interesting questions raised by Iraqi intellectuals about what it means to be a sovereign nation. A lot of Iraqis claimed it includes controlling their oil interests [which they didn't fully] or not having air bases controlled by Britain. Especially after the end of World War II, there were new ideas coming to Iraq from the left - social democrats and communists became very important among students, artists, and writers. You find a lot of articles about what's the best system to govern the country. {hellip} In the '50s in particular there was a women's movement that demanded suffrage. {hellip} There were also issues of social justice - for example the fact that a lot of peasants didn't own the lands they worked - or criticisms that elections were corrupt.

IDEAS: Do your findings offer hope for democracy and civil society today?

BASHKIN: I'm not a political scientist; I can't really give advice on what's going on nowadays. {hellip} I think the common heritage Iraqis have has not completely disappeared; I think many Iraqis share it. On the other hand, these things are destroyed fairly quickly. Right now it would mean not just collective memory but also collective amnesia of certain moments. . . . Whether they place first Sunni versus Shi'ites, or Iraqi versus another identity, is still very volatile, but I think many people still think of themselves as Iraqis.

Marcella Bombardieri is a member of the Globe Spotlight team. She reported from Iraq in spring 2003. 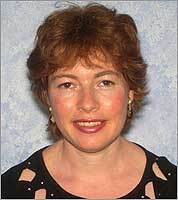