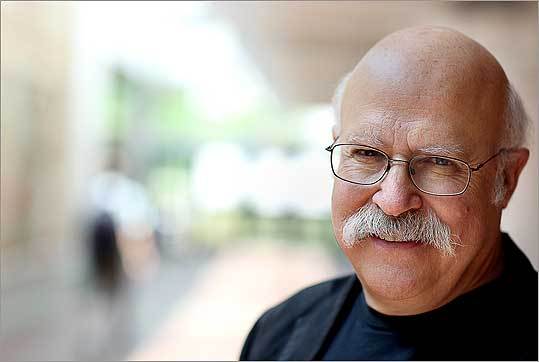 A talk with Steven Shapin

A Harvard historian says our image of scientists is all wrong

TESTIFYING BEFORE CONGRESS in 1950, MIT president Karl Compton declared, of American scientists: "I don't know of any other group that has less interest in monetary gain."

That view of scientists might draw a few wry smiles around Kendall Square today. But it also represents a lingering 20th-century ideal: The scientist as a virtuous academic who pursues knowledge as an end in itself. In contrast to that ideal stands the wealth-seeking industrial scientist, a specialist who merely applies science to the problem of putting new products on the market.

That's the wrong way to think about the whole scientific enterprise, says Steven Shapin, the Franklin L. Ford professor of the history of science at Harvard. In an upcoming book, "The Scientific Life," to be published this fall by the University of Chicago Press, Shapin argues that our notion of the noble scientist untethered by monetary obligations is bad history.

For one thing, corporate America has a long tradition of giving its scientists the freedom to pursue the goals that interest them. More recently, Shapin maintains, private sector America has produced crucial scientific advances while creating new ways of doing research, such as start-up computer and biotechnology firms backed by venture capital.

Shapin finds that the old view is still a common one in academia and beyond: Witness how in the last decade, the race to produce a first draft of a human genome was widely cast as a contest between virtuous government scientists and their corporate competitors, J. Craig Venter and his firm .

By telling ourselves a myth about science's past, we may be unwisely coloring our own view of its present. Scientists, Shapin thinks, do not merely choose between virtue and riches, instead worrying more about where they can pursue their intellectual goals, and thus open up new scientific frontiers.

Thinking otherwise means we fail to understand the very people whose inventions in medicine or computer science are, Shapin writes, "making the worlds to come."

IDEAS: Are we wrong to think of scientists as academics engaged in the noble pursuit of knowledge?

SHAPIN: Well, I wouldn't deny that there are scientists, just like historians or sociologists, who are interested in following their curiosity for its own sake. What I do end up disputing, and I'm not alone in this, is this picture of who the scientist is, which emerges overwhelmingly from a rather idealized picture of academic scientists. The scientist working in corporate, industrial, commercial, or governmental settings, from early in the 20th century, is far more representative.

IDEAS: Who still believes in this idealized picture?

SHAPIN: If you put to members of the academic humanities or social sciences the question of academia and industry, the presumption is that this is about the unequal distribution of virtue, about threats to the autonomy, integrity, value, and authenticity of science, represented by commercializing interests. {hellip} The people who write most eloquently about academia and industry write in defense of academia.

IDEAS: What gives some of these corporate scientists more freedom today than they would have in a university?

SHAPIN: The scarcity of off-the-shelf notions of routine [in modern companies]. How do we organize this enterprise? What do we do? What's of value? {hellip} We are really describing the world of Silicon Valley, Route 128, Biotech Beach in San Diego. If you're a physical chemist at this university, no derogation to Harvard physical chemists, the course of your career, the nature of the institutional environment {hellip} is much more predictable than if you're working in start-up biotech.

IDEAS: Your book claims our image of science as a virtuous calling was shaped by the intellectual currents of the 1950s. What happened then?

SHAPIN: The book hinges on papers by the sociologist Robert Merton, and William Whyte's "The Organization Man." There's a sensibility that comes to the surface in the 1950s, of conformity versus individualism, that has really affected the way science is viewed. "The Organization Man" sees a betrayal of scientific authenticity {hellip} the fundamental individuality and autonomy of the research scientist has not been respected by the cultural and corporate worlds. That's a very American tension between conformity - and after all it's the period of Levittown - and the assertion of the fundamental American virtue of individual autonomy. And that's the unresolved tension of the 1950s.

IDEAS: Doesn't being part of an organization sometimes give scientists the spark of creativity they need?

SHAPIN: Absolutely. Or that I need. I mean, I don't work in a team, few historians or sociologists do. But I'm not so vain or stupid to think the creativity I have doesn't come from conversations with others.

SHAPIN: I have no problem with idea that lawyers or physical chemists might want to have a lot of money. I think what gets lost with these characterizations and accusations is that people want interesting work. {hellip} Saying they have a money motive pure and simple, as if this explains everything and somehow sorts people, as if this is why they go into the academic world or corporate world, misses an awful lot of texture and complexity.

IDEAS: What can industry teach anyone in a university?

SHAPIN: People like myself, instead of resisting the imposition of a management ethos, should welcome it. I might like Google a lot more than I like working for certain institutions of higher education. If Google or are in the business of managing creative people, and if Harvard or the University of California, San Diego, are in the business of managing creative people, what can they learn from each other? {hellip} You could find the experience of academic research extremely constraining. It's not impossible. You could see industry as releasing those constraints.

IDEAS: But isn't this stuff about the uniqueness of Google, letting employees take time to initiate their own projects, partly just a big public relations effort?

SHAPIN: I think the free food is great. The free time goes back to the origins of industrial research.

Peter Dizikes is a science journalist living in Arlington.