When girls are 'guys'

News from the battle over you, plural

CAN GUYS, IF they're plural, be dolls? The debate resurfaced recently in the Pittsburgh Post-Gazette after reader Eugene P. Foley complained about waiters who greet men and women as "you guys."

"My wife is not a 'guy,' " Foley declared in Word Watch, a roundup of readers' language peeves. Frances Cohen-Knoerdel seconded his emotion: The word is "demeaning to every lady," she said.

But not all Word Watchers agreed. In the following weeks, several defended the unisex guys as normal colloquial speech. Dan Conway, who called himself "a young person, an amateur linguist, and a waiter," pointed out that before most of today's waiters were born, linguists were treating "you guys" as "simply the unmarked plural of 'you,' " neither feminine nor masculine.

Some of the naysayers are objecting, at least partly, to the informality of "you guys." But even people who don't mind that - and who address women friends as "you guys" - are still debating a deeper question: whether that usage, which has been increasingly common since the 1940s, is sexist.

This question has been simmering for a while. Twenty years ago, The published an op-ed article arguing that including women in "you guys" was just like subsuming them in the generic "man" and "he" of textbooks: It treated women as a subset of men, not as equals.

(Writing in response, a cranky couple said women had only themselves to blame for "guys": "The differences between men and women {hellip} have been nearly obliterated by feminists," they wrote, obviously failing to foresee "Grand Theft Auto," "Sex and the City," and hecklers yelling "Iron my shirt!" at Hillary Clinton.)

Sexism is not the motivation for "you guys," of course. Scholars generally agree that it's simply an attempt to fill the hole left in English when we abandoned the singular thou and thee.

"The need to distinguish a singular and plural addressee is just too great to leave that gap in our pronoun paradigm unfilled," said Harvard cognitive scientist Steven Pinker in an e-mail. There are other regional solutions, like y'all and youse, but "the mainstream seems to be co-opting the breezy 'you guys.' "

Usefulness, however, doesn't exonerate language of bias. Deborah Tannen, a professor of linguistics at Georgetown and author of "You Just Don't Understand," among other books on communication, admits to greeting women with "Hi, guys." But she isn't sure it's not sexist.

"I object strenuously to using he to represent 'he or she,' " she said in an e-mail. "Studies have shown that when people hear he they think 'male.' " The association may be weaker for "you guys," but in most uses of guy - "it's a guy thing," "you're such a guy," "going out with the guys" - the masculine sense prevails.

Still, the direct address "you guys" may succeed - unlike he and man - in breaking free of male domination. Guy is a younger word, launched as a common noun only in 1605, when Guy Fawkes was foiled in the attempt to blow up the British parliament. And over the years, according to the Historical Dictionary of American Slang, it has already had several different senses: grotesque person, joker, and "mark" (in the carnival sense), as well as just "ordinary fellow."

And there are gendered words that don't loudly advertise their orientation. Most people don't sense anything feminine about "geese" and "cows" in the aggregate, though the goose and the cow are female when you're distinguishing them from ganders or steers and bulls.

In fact, in formulaic expressions like "one of the good guys," "the fall guy," or "Mr. Nice Guy," it seems to me that the male marking of guy is noticeably weakened. A woman resolving to play hardball with an opponent might amend the standard resolution by swearing, "No more Ms. Nice Guy!" But she wouldn't say "No more Mr. Nice Gal"; Mr. is a he-man, but guy will do some gender-bending.

So it's not impossible that when we hear Charlotte greet Samantha, Miranda, and Carrie with "I missed you guys," we might be blocking out the strictly male senses of guy, treating "you guys" as a separate category entirely.

After all, as Tannen and Pinker both noted, guys these days aren't necessarily even sentient. She cited a friend who referred to some plants in her garden as "these guys." He remembered a computer science colleague, 25 years ago, "using 'this guy' and 'that guy' to refer to variables in a computational algorithm."

But if feminine guys still rankles, there's always the useful y'all. And Pittsburghers, as Kathleen Pierson noted in the Post-Gazette debate, solved the problem long ago with their own friendly, gender-free greeting: "How are yinz doing tonight?"

MAIL CALL: Apologies to all whose e-mails were bounced back in the past couple of weeks. The spam filter has been adjusted, and freeman@globe.com should be back in business. 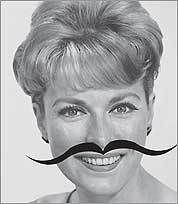