First, do not give up 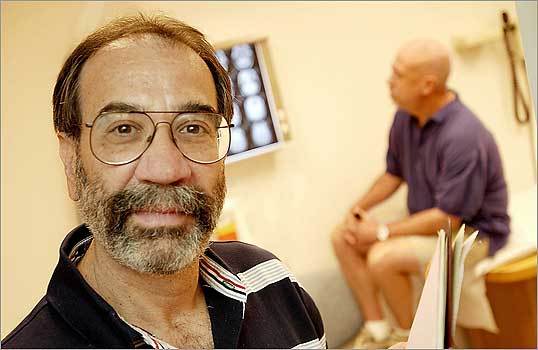 Dr. Henry Friedman, a Duke neuro-oncologist, says: "It's a very difficult disease to treat. But if you approach it as a potentially curable disease, I think that you can do good.''
Email|Print|Single Page| Text size – + By Rebecca Tuhus-Dubrow June 15, 2008

WHEN THE NEWS came out that Senator Edward Kennedy was suffering from a malignant brain tumor, my family understood all too well how the Kennedys felt. My brother had recently received the same diagnosis.

The prognosis is brutal. My brother has a glioblastoma, the most serious kind of brain tumor, and the type that experts say likely afflicts the senator. With the current standard treatment, the median survival time is less than 15 months.

As my family learned more about the disease, though, we found reasons for hope. My brother is a marathon runner in his mid-20s. Tall and lean with a head of thick curls, he always exuded health and vitality. The ironies of the situation, while making his diagnosis all the harder to assimilate, also work in his favor. His youth and overall physical functioning mean that his chances are better than the odds would suggest.

But we also found another cause for optimism, which I suspect Kennedy and his family have discovered, too. At a time of expanding medical options, some doctors blame the miserable statistics, in part, on insufficiently aggressive treatment. Last year, Duke neuro-oncologist Dr. Henry Friedman wrote a provocative paper chastising the medical community for approaching glioblastomas as death sentences. Noting that a small but growing number of patients have achieved long-term survival, he pushed for supplementing the standard treatment with additional therapies, including drugs that have not been FDA-approved for this illness. And, more broadly, he advocates a change in attitude.

"There's a nihilism that the disease is hopeless," Friedman said recently. "It's a very difficult disease to treat. But if you approach it as a potentially curable disease, I think that you can do good."

The debate over one of medicine's enduring dilemmas has come to brain cancer. A core principle of the profession is, famously, to do no harm. Medical advances proceed methodically and with caution; new treatments are tested rigorously for safety and effectiveness. But in the case of terminal disease, wrenching choices arise. Sticking with the standard treatment all but guarantees dismal results, and could therefore even be argued to amount to doing harm. Experimental treatments offer more hope, but carry the risk of worsening the situation, robbing the patient of time and quality of life.

In the treatment of brain cancer, where a number of experimental options are emerging but little is known for sure, the stakes are particularly high. When the landscape is shifting quickly, how do you ensure that all patients - not just senators - get the best treatment?

Friedman is a controversial figure in neuro-oncology, and his inflammatory charges have offended some of his colleagues, who bristle at the notion that they're shortchanging patients. Some already treat patients in the aggressive, experimental manner Friedman is urging, or would like to but are constrained by cost (insurance companies often decline to cover drugs that are not approved for the illness in question). Others consider approach too risky.

Duke's Tisch Brain Tumor Center does have a reputation for being pioneering and aggressive, although it hasn't cured glioblastoma at a higher rate than other medical centers. In initial reports about Kennedy's treatment, the mention of a surgical option was conspicuously absent, but then he flew to Duke for surgery with Dr. Allan Friedman (a colleague, but not a relation, of Henry Friedman). We know few further details about Kennedy's medical situation, but that sign indicates that he has decided to attack his tumor with a formidable arsenal.

Such an approach holds appeal for many patients, who, when faced with a prognosis this discouraging, are inclined to try anything and everything that seems remotely promising, even in the face of looming risks. Ben Williams, a psychology professor at the University of California at San Diego and the author of the 2002 book "Surviving 'Terminal' Cancer," recovered from a glioblastoma diagnosed in 1995. Taking his treatment into his own hands, he took an array of drugs and "alternative" medicines that his doctors frowned upon.

"You tell me I'm going to be dead in a year," he recalls thinking. "What do I have to lose?"

Last summer, my brother began experiencing intense headaches. He went to the hospital for an MRI, which revealed a tumor. Initially, we were told that it was most likely benign, but a second scan looked more worrisome, and an operation was scheduled immediately. A definitive diagnosis took some time, but eventually our fears were confirmed: it was a glioblastoma.

In another irony that proved fortuitous, my father is an epidemiologist who has studied cancer for most of his career. He had always steered his children away from potential carcinogens, even dental X-rays. Faced with his worst nightmare, he threw himself into researching brain cancer, and began to communicate with top neuro-oncologists throughout the country.

There is never a good time to get brain cancer, but as he learned, now is a much better time than a decade ago. Until very recently, the standard treatment for malignant brain tumors consisted of surgery followed by radiation. Sometimes chemotherapy was also used.

"Until three years ago, people were trying all sorts of things, but there wasn't anything that worked," said Dr. Patrick Wen, a neuro-oncologist at Dana-Farber and Brigham and Women's Hospital.

Three years ago, research showed that a chemotherapy drug called Temodar improved survival rates, although the increase was modest. Now, it is standard to prescribe this drug in addition to surgery and radiation.

There are other encouraging developments as well. Medical care and cancer treatment in general are improving, with more sophisticated study designs and surgery and radiation techniques. Several chemotherapy drugs have been approved for other kinds of cancer and appear to be applicable to brain cancer. One of these, marketed as Avastin, operates by halting the growth of blood vessels that feed the tumor cells.

Recent years have also seen the advent of targeted therapies. Instead of using a one-size-fits-all treatment for patients, doctors tailor treatments based on specific genetic and molecular information. Other new treatments are on the horizon: In a study released just this month, a brain cancer vaccine, which prods the immune system into fighting the tumor, was shown to double survival times.

My father and brother visited the neuro-oncology centers at Duke, Dana-Farber, and the National Institutes of Health. At Duke, one doctor laid out the various options, but emphasized that at this time no path is clearly the right one. She couldn't tell him what to do - "It's your brain," she said. We ultimately decided to use two cutting-edge chemotherapy drugs, which have been approved for other cancers but not for brain cancer, in addition to the standard treatment.

This treatment plan is consistent with the philosophy espoused by Henry Friedman and several other neuro-oncologists. According to Friedman's paper, patients at Duke always receive more than just the standard treatment. In the paper, he wrote that to believe a single chemotherapy drug could cure the disease was "absolutely ludicrous."

Ben Williams said that the field has progressed tremendously since his struggle with the disease. But he remains critical of some aspects of the medical establishment's approach. He faults doctors for neglecting evidence produced in other countries, and for a bias against "alternative" medicine. He says there is a huge literature on melatonin's benefits for cancer patients, but all in Italy. In a recent study in Mexico, chloroquine, an antimalaria drug, appeared to markedly increase survival time. The results were published in the Annals of Internal Medicine, a respected scientific journal, in 2006.

"The commentary was, this is all very interesting and promising. But we need to do more research on it," Williams says. "It's just a mystery to me. It's rather chauvinistic, to say the least."

Doctors told me they follow developments in other countries and attend international conferences. However, most of the treatments Williams found in his research have not been routinely used in the United States. Some doctors were unfamiliar with the studies, while others said they were unconvinced by the evidence.

As a rule, doctors demand solid proof of a treatment's safety and efficacy before prescribing it. This outlook applies to new cocktails of known drugs as well. "I wouldn't make up a combination in my head and give it to somebody just to see what happens," says Dr. Mark Gilbert, a neuro-oncologist at M.D. Anderson Cancer Center at the University of Texas. While he understands Williams's philosophy, he says, "the caveat is, What if you find a medicine that doesn't like you?" As an example, he cites St. John's wort, which has shown potential to fight cancer as well as the depression that often accompanies it. An herb you can buy at your local health food store, it seems benign enough. But, he says, it affects the metabolism of chemotherapy, thereby decreasing its concentration and effectiveness. The more drugs you add, the greater the potential for unpredictable interactions.

Dr. Lisa DeAngelis, a neuro-oncologist at Memorial Sloan-Kettering in New York, shares this caution. She says that Avastin, for example, has shown dramatic benefits for some patients, but in other cases it seems to backfire. "The issue is not to try to throw the kitchen sink at the disease," she says. "The issue is to be thoughtful."

The ideal setting for careful experimentation, in the predominant view, is the clinical trial. At major medical centers, doctors typically try to get their patients into these trials, which rigorously monitor individual patients and provide information for future treatment. David Peereboom, a neuro-oncologist at Cleveland Clinic, represents the norm of the field in saying, "I always like to do things in the context of a clinical trial. We also advance the field by treating patients in that way."

But clinical trials are not a panacea. For starters, not all patients can get into them. Some patients also feel restricted by the trials because they are usually asked not to try other treatments, which might muddle the study results.

From the perspective of some patients, there is a stark trade-off between the needs of the individual patient and those of future patients. Williams, who treated himself with an assortment of therapies, recalls, "My neuro-oncologist said, 'We won't know what worked!' " Williams replied, "Well, that's your problem!"

In this debate, there are no perfect solutions and both sides make compelling points. But for a patient it is easy to see erring on the side of experimentation as the lesser of two evils.

My brother is receiving excellent care. His neuro-oncologist has been supportive of my family's preferences, and we are fortunate that the insurance company has approved the three chemotherapy drugs - Temodar, Avastin, and Tarceva - he is now taking. His hair has grown back thick after falling out during his radiation treatment. His medication often fatigues him, but he still does most of the same activities as before, albeit at reduced intensity: hiking, biking, playing music, and working, although now part-time.

"It's kind of bad luck," my brother said to me shortly after his surgery. That is the closest I've heard him come to complaining.

We fervently hope that he will one day be able to echo the miraculous sentence Ben Williams uttered to me: "I really don't worry about it anymore."