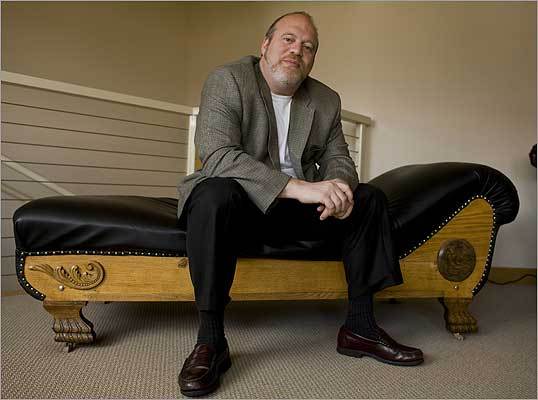 "I'M 31 YEARS old. I should be out there achieving something, but I can't . . . Right now I'm hooked to this digital version of an IV drip with cocaine in it, and I can't break free for the life of me." So ends one of the confessions on a website where people addicted to the computer game World of Warcraft seek support. Known to be particularly habit-forming, World of Warcraft launches players on elaborate adventures in a virtual universe, often in the company of buddies that they meet inside the game. In some cases, players become so invested in their virtual lives that they lose jobs, stop showering, or rig up impromptu "toilets" near their computers.

Dr. Jerald Block, a psychiatrist in Portland, Ore., specializes in treating those who've spent years living as warlocks, ogres, or spaceship commanders. He believes that psychiatry needs to do a lot of catching up in order to understand why people get stuck in games like Warcraft. One problem: Most therapists have no idea what a "guild" is or what it means to hit Level 60. Because of this language barrier, many gamers wind up begging for help in online support groups rather than seeking out mental health professionals.

Recently, Block published an editorial in the American Journal of Psychiatry arguing that "Internet Addiction" should become a new diagnostic term.

IDEAS: Describe the people who walk into your office. What does a computer compulsion look like?

IDEAS: You can't be serious. You mean your clients are more ashamed of ...

IDEAS: Well, give it a try.

BLOCK: OK, there was a man engaged in a game called Eve Online. He was one of the most powerful characters in the universe of this game. He had played for years and accumulated great wealth; he would have been worth about $17,000 if he sold his character and all his virtual assets on .

Well, within the game someone took out a contract on his life. And in the span of one night, this guy lost thousands of dollars, lost his alter ego, and was betrayed by everyone he knew in this world.

How does he describe that experience and have any of his friends understand it? It's so bizarre and otherworldly. In fact, it's so bizarre that many therapists don't want to go there.

IDEAS: Still, how do we distinguish between a passion and an addiction?

BLOCK: Well, let me start with terminology. We do ourselves a disservice when we use the word "addiction." It is loaded with all sorts of meanings. That's why I tend to use the term "pathological computer use" instead. I hate the term "Internet addiction."

IDEAS: But in a recent letter to the American Journal of Psychiatry, you argued that there's such a thing as "Internet addiction."

BLOCK: I'm locked into this vocabulary. That's the term everyone uses and understands. I'd love to get rid of it.

IDEAS: The media have run scare stories about kids who become mesmerized by games, but a typical sufferer seems to be a middle-aged guy who spends 40 hours a week on a quest to find magic elf pants.

BLOCK: The average of a computer gamer is 30 years old. But almost all the research has been done on children and adolescents.

IDEAS: Why study the wrong group of people?

BLOCK: It goes back to the shame issue. We like to think of this as a kids' issue. It's much more acceptable for kids to talk about game use, whereas adults keep it a secret. Rather than having sex, or arguing with their wife or husband, or feeding their children, these adults are playing games.

The question to ask yourself is, "How do you deal when your hard drive fails?" Imagine you live 15 hours a day on the computer? The computer becomes a significant other, a relationship.

IDEAS: You've also written about Columbine and other school shootings, linking those crimes with compulsive computer use. Yet you say that the computers-cause-violence idea is wrong.

BLOCK: The message is nuanced. It's the shooters' relationships with technology that's the problem. For instance, some of the school shooters removed their hard drives and destroyed them just before they died.

IDEAS: That was their way of committing suicide - destroying their hard drives?

BLOCK: We don't know. We can't ask them and we don't have the hard drives. In the case of Cho [at Virginia Tech], he shoots two people; he's covered with blood; he showers; he knows the police are coming. He plans to kill 30 more people, but instead of getting on with it he pops the hard drive out of his computer and spends the next hour or half-hour disposing of it.

IDEAS: So when it comes to the school shootings, you're interested in the relationship between people and their hard drives.

BLOCK: With these shooters, their last act was to turn against their own computers. As a psychiatrist, I think that's relevant.

Pagan Kennedy is the author of nine books, most recently "The First Man-Made Man." She can be reached through her website, pagankennedy.net.