When did kids stop playing outside? 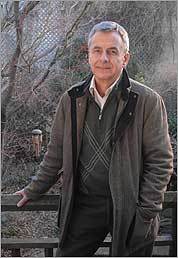 THINK BACK TO the secret places of your childhood -- the quarry; the climbing tree; the junkyard full of treasures; the clearing in the woods where you went to be alone. Now imagine how many of those places still exist, and how many kids in your old neighborhood still go there -- nature-averse, electronics-obsessed, overscheduled youngsters that they are. Chances are, your old stomping grounds are silent, the paths you wore between them long ago grown over.

Roger Hart knows this wistful territory better than anyone. In 1972, as a graduate student at Clark University, the young researcher set out to understand the geography of childhood. He journeyed to a not-so-exotic locale -- a village in Vermont -- and spent two years tracking the movements of a species that, remarkably, had never been closely studied in its natural environment: the human child. (At the time, says Hart, "we knew more about the ecology of baboons than the ecology of children.") Running, playing, and digging in the dirt with packs of kids from 5 to 12 years old, he discovered that virtually all of them had outdoor places they considered their own, where they went to hide, reflect, or commune with nature.

When Hart returned to the same town two years ago, to repeat his research and learn how childhood has changed in 36 years, he discovered a universe transformed in a single generation. The children had moved indoors, and the intricate, outdoor play-world they had once invented and inhabited on their own was gone. In the wake of the shift he found nagging questions about its effects on children's creativity and independence. Now 60 and a professor of environmental psychology at the City University of New York, Hart is working on a film and a book about his research, tentatively titled "Childhood Revisited."

IDEAS: Why had there been a failure to look closely at the lives of children?

HART: Mainly, it came from a lack of trust that children could adequately inform adults -- there was a gross underestimation of their competence. Many social scientists believed kids wouldn't tell you the truth, when in fact I find it the other way around, that they're more likely to tell you the truth than adults.

IDEAS: How did the town react to you at the beginning?

HART: Incredibly openly -- it was extraordinary. One reason is that the school understood why my questions were important, and they took me in and gave me a room almost the size of a classroom. But with children, you know, school is not necessarily the best place. I didn't want be perceived as another teacher. So I hung out outside the school, on the school grounds, and let the children slowly come to me.

IDEAS: How did they respond?

HART: They seemed interested, but they were mainly interested in the fact that I was an adult who talked to them openly, and was willing to respond to their questions very fully. In fact, our first conversation was when some kids were trying to build grass forts in a field outside the school, and they were struggling with how to put a roof on, and they just wanted my help.

IDEAS: So they accepted you?

HART: There was one part of town where the kids so much understood what I was trying to do -- it was a gang of about nine children who lived on Main Street -- that they told me if I wanted to hang out with them, I had to take my shoes off in the summer like they did. I'm an Englishman, where children or adults don't run around with their shoes off, so I was terribly nervous about it at first, but I got used to it, and they thought it was terrific that I went along with their plan.

IDEAS: And their parents?

HART: In those days, even the 5- and 6-year-olds would be playing outdoors unsupervised. So I would go around the town, talking with children outside their houses, and I didn't go bang on the door and say, "By the way, Mrs. Smith, I'm here now to talk to your child." I would just go, and they knew who I was, and they would look out the window and say, "Oh, that's Roger . . . He's kind of a Pied Piper, he's OK." That I can't imagine happening today.

IDEAS: What else has changed?

HART: Back then, there wasn't this tight intermeshing between parents' and children's lives. On weekends, especially Sundays, there would be greater locking in, but the rest of the time, children came home from school and went straight out.

HART: There was a question the children would jump to, this time, when I asked it, which was, "Tell me the times when you're just with other children, without adults organizing you." No one has ever asked them that before, but they immediately know the answer, and it's important to them. They'll say things like, "Oh, before football practice, when we're just hanging around, before we start, and then when we're on the school bus." So they know these settings where there's a chance for them to invent their activities with one another, and it's very rare.

IDEAS: How did they get so busy?

HART: There has been too much hype from psychologists in the last decade about how crucial it is to push children when they're young, and not many saying what they should be saying, which is that there are also benefits to children having free play.

IDEAS: Are the changes affecting the skills children develop?

HART: A sizable number of my parents say they're concerned their children are not as imaginative as they were, not as able to invent activities without the script being given to them. Parents say their kids often say to them, "What do I do now?" If the parents ask them to go outside and play, the kids say, "Come and play with me."

IDEAS: Are there any positive changes?

HART: There are. Almost all the parents feel closer to their children than their parents were to them. That's fascinating -- it's the flip side of children having less freedom.

IDEAS: Did you recognize their personalities, when you interviewed the children from your original study again as adults?

HART: Gosh, yes. So much so that I'll call them by their child name rather than their grown-up name, and it's a little embarrassing to them sometimes.

IDEAS: What do you hope will come of your work?

HART: My desire is, through the film and book, to encourage neighborhoods and towns to have intergenerational dialogue about how childhood has changed. The speed of change is so great, parents don't have a chance to discuss what they would like to offer their children.

IDEAS: What can be done?

HART: There are things we can do. Some parents [in Vermont] have decided they are concerned about the amount of time their children are indoors, and they're working with one another to create more free play opportunities. They've done that spontaneously, recently. Dozens of cities in Europe have declared themselves "child-friendly cities," even London, and they're working on slowing traffic in neighborhoods, so kids can start to play outside again.

Jenna Russell covers New England for the Globe. When she was growing up, she often played "ancient Egypt" in a neighbor's backyard.