What the Mormon Church wants you to know 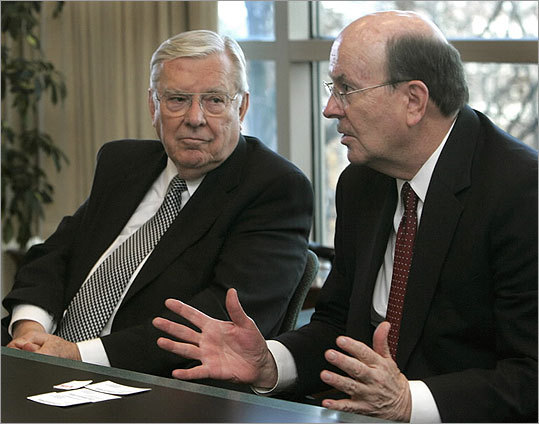 IT'S BEEN A tough few years for Mormons in the public square.

There was Jon Krakauer's book about homicidal Mormon fundamentalists, and an HBO miniseries, "Big Love," on polygamists, and a series of theatrical events, from "Angels in America" to "Confessions of a Mormon Boy," that highlighted Mormonism's alleged ostracism of gays.

And now, of course, there is the campaign of Mitt Romney, the former governor of Massachusetts who is seeking the Republican nomination for the presidency. Although Romney is the fifth Mormon to seek the presidency, his arrival at a moment when there is enormous focus on the relation between religion and politics has surfaced a wave of negative sentiments and suspicion about his Mormon faith.

The Mormon Church, formally called the Church of Jesus Christ of Latter-day Saints, has watched the national conversation with considerable concern, and has recently embarked on an intensive effort to influence the way the faith is perceived. Among its efforts, the church has begun sending apostles - top level administrators of the faith - out to meet with the editorial boards of newspapers and magazines around the nation.

"Everyone knows why there is a national debate going on about Mormons right now," the church says in a statement. "But over the past several months, we have seen an endless parade of 'experts' - from academics to pollsters to evangelical Christians and even journalists - commenting on, describing, explaining and expounding our faith. Too often, the Church itself is left out of that conversation altogether. We'd like to join it."

Earlier this month, at the invitation of the Globe, longtime Mormon apostle M. Russell Ballard and recently appointed apostle Quentin L. Cook came to Boston to meet with the newspaper's editors and reporters. Afterward, the apostles answered a few questions for Ideas.

IDEAS: How do you view this moment - do you resent or appreciate having to travel around the country answering these questions about what you believe and who you are?

BALLARD: I think it's a great opportunity for us any time, under any circumstance, to be given an opportunity to explain who we are, what our basic tenets are, and what our great message is for the world.

IDEAS: There are polls suggesting that some fraction of people would be less likely to vote for a candidate if he was Mormon, and there are all these sometimes critical, sometimes mocking questions about who you all are. Does that surprise you?

BALLARD: We know that that's out there, and we think it's a matter of misunderstanding. When people know members of the church, it's our experience that they have great respect for and great appreciation for what the church stands for and what the church is doing.

IDEAS: This must be an opportunity to reflect on how you are perceived. Has anything surprised you?

BALLARD: Some of the questions about, "Well, are you a cult?" - that's been going on ever since [church founder] Joseph Smith made his declaration. There have been those who have attacked our premise, of being a restored church. And I suppose to some degree that will go on until the Lord comes again.

IDEAS: It seems like you've made a decision to become more aggressive with public affairs.

COOK: Because, primarily, of the political situation, we've had a lot more interest. To have other people defining our faith is not appropriate.

IDEAS: Is there something central that you would want people to know about Mormonism, that you think they don't understand?

BALLARD: That we are very much a part of the Christian community. At the very core and center of all that we do is the life and ministry of Jesus Christ, the son of God. Though there are some doctrinal differences...we all need to be together in some common objectives of trying to help the human family at a very difficult time

IDEAS: You got tapped on the shoulder to be an apostle. The dean of Harvard Business School was asked to go to Idaho. It seems like the president of the church can tell people what to do. Why isn't that the case for LDS elected officials?

IDEAS: When George Romney was a candidate [in 1968], the church wasn't this kind of issue. Has something changed in America, or in the church?

BALLARD: One thing is, the church is prospering, it's getting larger and stronger, and it has representation at all levels of society, and in the process of that, anybody that becomes successful ends up with more critics.

IDEAS: I find myself wondering how you feel about even having to answer certain questions about your beliefs, like the one raised by Governor Huckabee about the relationship between Jesus and Satan?

BALLARD: In some ways, I think this matter of religion has got way out of whack, gone way beyond anything we've ever seen in the political arena before.

IDEAS: When you say it's out of whack, what do you think would be appropriate?

BALLARD: At some point, in fairness, we ought to be hearing from the candidates as to what they would do to resolve the economy, what they would do to resolve the world affairs situation. Somehow, if the religious side could be set aside long enough for people to be able to evaluate each candidate - I don't care who they are - as to how they're going to solve the real problems, and there are real problems facing America. I just hope that we get some time along the way to be able to hear, really, what the solutions are being offered. We've got almost an obsession with this other side.

Michael Paulson is the religion reporter for the Globe.