A serious need for free play 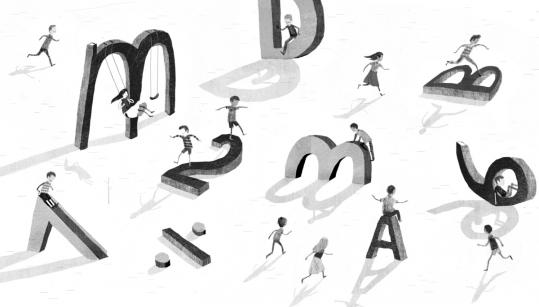 (Dadu Shin for
The Boston Globe)
By Carlo Rotella September 30, 2011

WHEN WRITING about the decline of children’s free play, it’s difficult to avoid sounding as if you’re pining for an idealized past. I sympathize with readers who glaze over when they see a sentence that begins, “When I was a kid. . . .’’ They know what’s coming: “. . .we just played outside with no adult supervision, we didn’t need electronic gadgets to amuse us or coaches to tell us how to have fun, we didn’t worry about predators or bullies or other bogeymen that fearful parents obsess about these days,’’ and so on. But it’s worth finding a way around the clichés to engage the significant truths behind them, because the subject of kids’ play is important.

Free play isn’t an “extra’’ to be squeezed in between lessons, practices, and screen time. Free play, meaning an activity chosen and directed by the participants and undertaken for its own sake (and not, say, because an adult will give them some kind of credential for doing it), is what kids are designed to do.

Children, like many other young animals, learn by playing. As Peter Gray, a psychologist at Boston College who recently published an essay entitled “The Decline of Play and the Rise of Psychopathology in Children and Adolescents,’’ says, “Children come into the world ready to play. It’s part of human nature, which means that natural selection favors it. It has an important role in human survival.’’

Free play teaches children how to make decisions, solve problems, exercise self-control, follow rules, regulate their emotions, get along with others, make friends, develop interests and competencies, and, as Gray puts it, “experience joy.’’ The “free’’ part matters. There’s a deceptively big difference between being told by an adult to get in line to take your turn on the slide and learning from interaction with other kids, through trial and error and conflict and cooperation, that it’s not OK to hog the slide.

So it matters that over the past half-century there’s been a steep decline in free play by children in this country and other developed nations. Contributing factors include the increasing dominance of the car, TV, and computer; the retreat from public space and public life; more school and homework; and more lessons, travel teams and other adult-directed programs that turn activities that used to be play into something more like school.

It’s not as if children aren’t learning anything these days. They’re just learning it from adults in structured settings. We increasingly favor a toolbox model of education in which an adult expert shows a child a basic skill, positively reinforces the child’s success, introduces a slightly more advanced skill, and so on until some kind of mastery is achieved.

The leverage in our culture increasingly favors this approach. “Nobody’s against play,’’ Gray points out, but it’s increasingly eroded by things we treat as more important. We’re so focused on testing and the idea of high-stakes competition - with kids in other countries who study harder, with applicants trying to amass grades and extracurriculars to get into college, and so on -that sticking up for free play has come to seem suspect: soft-headed, anti-achievement.

But free play is essential to a child’s development - not only to mental health, but to the acquisition of crucial abilities the child will need in life. To create more opportunities for your children to engage in free play, you have to go against the grain of our culture. Not only do you need to schedule fewer lessons, create more open time, and relax your control of your kids’ activities, you need to convince other parents to do the same. The more kids out there on the block, available to play, the more appealing it becomes to go out and play.

So you’ll have to go around to your neighbors and talk them into freeing up their children to play with yours. It will be a test of your ability to cooperate with others, solve problems, and regulate your emotions. Let’s hope you spent enough time as a kid jumping in mud puddles and playing pickup games with other kids to have developed these important life skills.

Carlo Rotella is director of American studies at Boston College. His column appears regularly in the Globe.