Off the rails on Amtrak’s crazy train 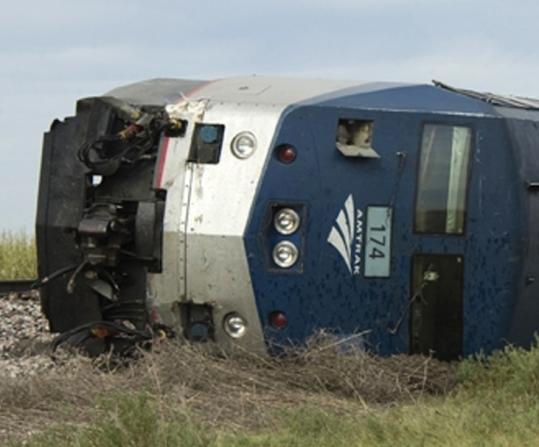 OZZY OSBOURNE never rode the Zephyr, but he did popularize the notion of a crazy train. So he sprang to mind two weeks ago when Amtrak’s San Francisco-Chicago special derailed in rural Nebraska. Along with a dozen other long-distance routes, the Zephyr has been losing money hand over fist since 1970, when the government-owned passenger rail system was created. Insanity, we are told, is doing the same thing over and over again, and expecting a different result.

Amid a budget crisis and the US debt downgrade, the Congressional Special Deficit Committee is looking for $1.5 trillion in budget savings over the next 10 years. There’s no better place to start than long-distance train routes, which lose more money today than ever - despite years of endless promises, watered-down reforms, and rosy predictions. These routes represent the triumph of politics over common sense - the very attitude that must be overcome to restore some semblance of order to the federal budget.

Fortunately, there were no reports of serious injury among the 175 passengers aboard the Zephyr, but the cleanup costs will be substantial. The really bad news is that with the Zephyr’s per-passenger subsidy averaging over $200, taxpayers were out nearly $40,000 before the train even left the station. With Amtrak losing over $400 on a round trip, it would be cheaper just to give every rider a free airplane ticket!

Billed as “one of the most beautiful trips in North America,’’ patrons are encouraged to reserve a sleeper car “for a more luxurious experience.’’ That particular experience costs taxpayers another $214 each way. The good news: passengers usually enjoy the luxury for an extra 2 1/2 hours - the average amount of time the train runs late. These numbers bring a new dimension to an old joke - “we lose money on every ticket, but we make it up in volume.’’

In 2010, Amtrak received $563 million in operating subsidies, plus $1 billion to cover capital investment and interest expense. This came on top of $1.3 billion in grants from the stimulus package. Total payments since 1971 exceed $40 billion. The long-distance routes were unprofitable then, and 40 years later, the efficiencies of air travel have rendered them economically obsolete. Fully 80 percent of the company’s losses come from just 15 percent of the riders - those using long-distance trains.

To be clear, the long-distance routes are distinct from traffic along corridors like those in Boston-Washington, Seattle-Portland, or the Chicago area. Although the Acela is the only profitable ticket in today’s system, these corridors have always generated consistent ridership and market share. In fact the Government Accountability Office has noted that one of the many costs of long-distance routes is that they divert resources from these more rational service areas.

Rail boosters justify such waste by observing that all transportation is subsidized. But Amtrak isn’t just in another league; it’s in another universe. In 2004, the Department of Transportation calculated the total taxpayer subsidies for different modes of travel. Rail topped the charts at over $200 per 1,000 passenger miles. The comparable figure for automobiles was -$1.79. In other words, gas taxes and other fees more than covered total government outlays for highways.

Other rail nostalgists suggest that these routes are essential to rural travelers. But 80 percent of long-distance ridership is for recreation and leisure. With trillion-dollar deficits and 9 percent unemployment, taxpayers shouldn’t have to subsidize anyone’s leisure time.

Like hope, the commitment to reform springs eternal. Throughout the 1990s, three successive Amtrak presidents claimed the company was on the path to profitability. Tweaks have been made to everything from retirement packages to food service with no change to the river of red ink. In truth, the dysfunction of long-distance routes is a product of basic economics that no reform can fix.

We are now hearing, from all sides, a call for “shared sacrifice.’’ If we don’t begin here, how can we justify moving on to bigger and more meaningful areas like Medicare or Social Security? Failure to pare back train routes that serve a few hundred people per month gives every politician ammunition to protect the products of their own political largesse.

And for the members of the special committee wishing to show that not everyone in Washington is riding the crazy train, this should be their first stop. Even Ozzy would agree: Stop throwing good money after bad and expecting a different result.