Victory for US leadership 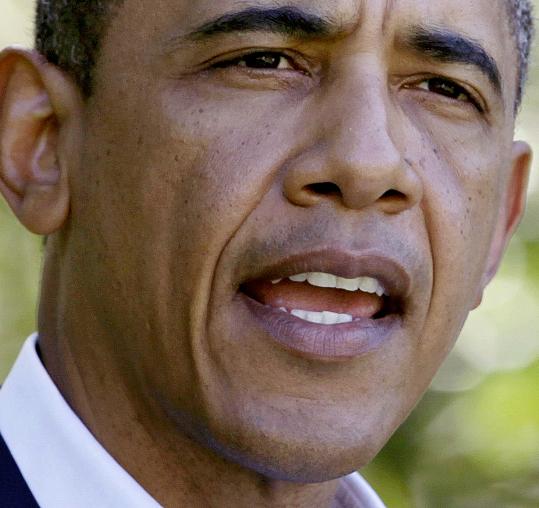 WITH THE IMMINENT and long-awaited collapse of the brutal Khadafy regime, President Obama’s careful, persistent, and oft-criticized policy in Libya has worked.

When the protests began in Libya last winter, I shared the widespread doubts about the involvement of US military forces in a country where we had no obvious vital interests. After the Arab League invited NATO to intervene in the internal affairs of a member state, however, followed by the UN Security Council’s blessing of such an action and the prospect of a real bloodbath in Benghazi, President Obama was right to agree to commit NATO to support the rebel alliance.

NATO’s Libya venture took much longer to succeed than the administration expected. Until 10 days ago, many, including myself, worried about a stalemate for NATO forces in Libya. And the president was subjected to an unusual, highly partisan, and unreasonable assault by Congress on his constitutional right to commit US forces in the first place. Yet Obama persisted, and it has paid off.

It is only right, then, to applaud his steadfastness and patience as the rebel forces achieved their spectacular lightning strike on Khadafy - first in Zawiya and then Tripoli - over the last few days.

There can be no doubt that the United States made a critical difference in the more effective NATO combat operations over the last few weeks. While the National Transitional Council and the people’s army deserve the largest measure of credit for bringing down the Khadafy regime, the United States and its NATO allies made a unique and invaluable contribution that was critical to the success we are witnessing.

Which early lessons can we draw from these events?

First, US leadership in the world, and in particular in the Middle East, remains indispensable. Without the president’s dogged pursuit of Khadafy, against loud and vociferous critics at home, it is unlikely the rebels would be poised to bring down one of the Middle East’s most brutal dictatorships. This should give pause to those on the extreme right and left of the American political spectrum who preach isolation and retreat at a time when our fortunes are more tied up with the rest of the world than ever before. It is in our interest to continue to engage internationally where it matters most.

Second, President Obama’s conviction that the United States should push the European allies to play the leading role in NATO’s bombing campaign should now be extended to the next stage of the Libyan people’s revolution. While the United States will be a leading actor in mobilizing international political support for the new government, European and Arab countries should bear the lion’s share of the burden of extending economic assistance to Libyans emerging from four decades of a cynical dictatorship. “Leading from behind’’ is a disastrous phrase that was never illustrative of what Obama was trying to achieve. It should be forever banished from descriptions of his policy and overall global outlook. But he is right to insist that countries that have greater historical, social, and economic involvement in Libya - France, Italy, Spain, and the Arab states - should do more. These countries must lead in assembling an international economic support package for the new Libyan government.

Third and finally, a Libyan people’s victory over dictatorship could turn out to be a defining act in the six-month drama of the Arab revolutions in the Middle East. The new Libyan government must now promote reconciliation among the country’s rival tribal groups, establish credibility quickly with those who supported Khadafy, and begin to rebuild a shattered country. If it can make even modest and gradual progress towards a better future, it will represent a rare, positive moment among the revolutions and turmoil that have affected each of the 22 Arab states since January. This alone should make Bashar Assad fear that he might be the next of the Arab dictators to fall, as the international spotlight shifts inevitably from North Africa to Syria in the days and weeks ahead.

Nicholas Burns is professor of the practice of diplomacy at Harvard Kennedy School. He was undersecretary of state for policy from 2005 to 2008.