THIS STORY HAS BEEN FORMATTED FOR EASY PRINTING
Tom Keane

Not your father’s GOP 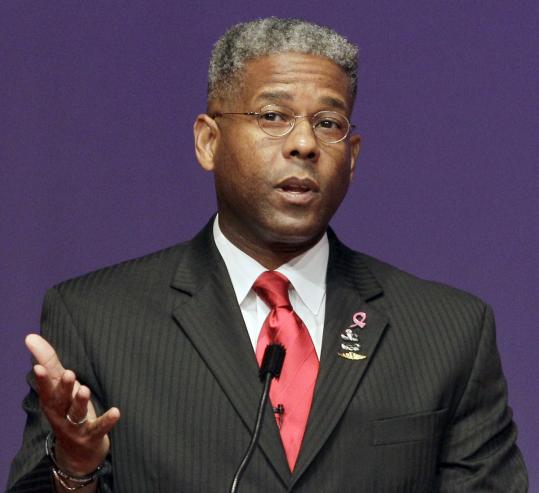 US Representative Allen West, a Florida Republican, says that failing to raise the debt ceiling would not be “catastrophic.’’ (Alan Diaz/Associated Press)
By Tom Keane July 19, 2011

THESE ARE bad times for the GOP.

There once was a world where Republicans were the party of stability and fiscal rectitude, the responsible stewards of the nation’s economy. They were small-c conservatives, folks who understood how economics worked and knew that, recessions notwithstanding, this country’s free-market economy was the best chance for consistently generating wealth and keeping large numbers employed. They understood that the United States’ stature in the world - its military might, its reputation for cutting-edge innovation, and its leadership of the global economy - rested on keeping that economy humming along. And they understood further that a free market depended on an effective national government, including a strong central bank, evenhanded regulation, and a reliable legal system.

Republicans understood all of this. And that’s why business people, from CEOs of huge corporations down to scrappy entrepreneurs, regularly leaned their way. The GOP was the party they could trust.

In this world, Democrats were untrustworthy. They didn’t appreciate business. They saw it as something to be taxed and exploited, a necessary evil perhaps, but certainly not a friend to the common man and woman. There were a few standout Democrats who argued the contrary - the late Senator Paul Tsongas being an early example - but for the most part the perception from the business community was that Democrats just didn’t get it.

Can one seriously make that argument anymore?

On Aug. 2 - two weeks from now - the United States reaches its debt ceiling. The president, now a model of fiscal responsibility, has been frantically trying to cut a deal to increase that ceiling - so far unsuccessfully. It seems almost unimaginable we could be in this position. Economists of all stripes warn the consequences could be disastrous. The stock market could collapse, billions would be lost, and the United States might well enter a second recession, perhaps even more severe than it experienced in 2008.

The basics of a solution seem obvious: raise the debt ceiling in exchange for some mix of spending cuts and closing of tax loopholes. So why no agreement?

The White House wants a deal, and has made clear it’s willing to take heat from its left-wing to put one together. Republicans, it appears, do not.

Not all Republicans. Many times over the last few weeks, the party’s leadership - Speaker John Boehner and Senate minority leader Mitch McConnell - have sat down for negotiations and thought they had the makings of an agreement. But when they’ve gone back to their members, they’ve been rebuffed. Those members - the pols elected in 2010 that came from the ranks of the newly risen and energized Tea Party - are unwilling to compromise. They’re playing chicken, unafraid to crash.

US Representative Allen West, a Florida Tea Partier, dismisses the consequences of failing to raise the debt ceiling, “I don’t believe it’s going to be catastrophic.’’

Indeed, a Washington Post-Pew Research Center poll from last week found that 75 percent of Tea Party supporters don’t believe there will be much harm from the United States going into default.

There is a surreal, flat-earth quality to these attitudes and they are, quite frankly, scary as hell. After all, this is the faction of the Republican Party that now arguably controls the US House.

The Tea Party rose to power propelled by anger over the seeming collusion by both parties to unchecked, debt-financed expansion of the federal government - one begun by George W. Bush and then pushed even further by Obama. Fair enough. But the Republican Party they have conquered now looks like it is being run by a set of lunatics, incapable of translating its anger into governance. I suspect - hope, really - a debt ceiling agreement will ultimately be reached. But by its actions so far, this new GOP has likely already alienated the business community that was once its biggest booster. Democrats may well benefit. Or perhaps the next election will see Republicans effectively purging the extremists from their ranks. Tea Partiers have made much mockery of the RINOs, Republicans In Name Only. The RINOs may be poised for a comeback.