THIS STORY HAS BEEN FORMATTED FOR EASY PRINTING
Chris Wright

The land of excess

Wealthy Dubai is not all that it seems on the surface 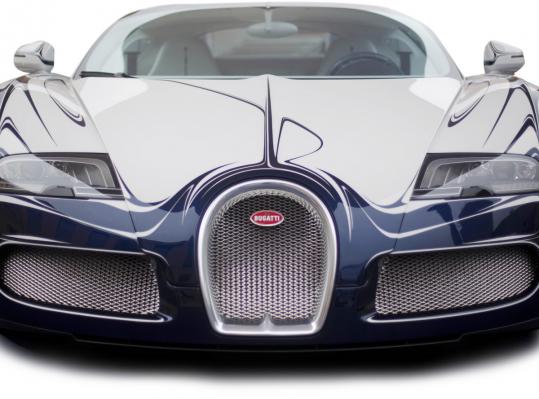 EARLIER THIS month, The National newspaper in the United Arab Emirates ran a story about the world’s most expensive automobile, which is winging its way toward the 800-car garage of an unnamed collector in the country. The vehicle - a one-of-a-kind Bugatti Veyron Grand Sport L’Or Blanc - is said to be worth in the region of $2.4 million, and comes equipped with its own diamond-polished caviar tray and porcelain details. Ooh.

For anyone who lived in Dubai a few years back, this gee-whiz report will have a familiar ring. In the boom years of 2003 to 2008, everything Dubai did seemed to have a superlative attached to it: Biggest! Tallest! Fastest! And, with grinding frequency, Most Expensive! Today, the World’s Biggest Amusement Park remains half-conceived and unbuilt in the midst of the encroaching sand, along with scores of similarly stupendous schemes. So now we can add this: World’s Largest Collection of Most Expensive Flops.

But the caviar tray - that sounds like a turnaround. Many European and American expats, after all, were originally drawn to Dubai because of its wild exuberance, its carnival of excess. The place was fun, it was exciting, and it was gratifyingly weird. But there was always more to the story than this. Dubai’s rulers lured foreign talent to the emirate with tales of gold-plated mobile phones and indoor ski slopes, but the idea at the core of this enterprise was far from frivolous. In its own way, Dubai was promising to make the world a better place.

You don’t have to travel too far from the glistening towers of Sheikh Zayed Road to get a sense of how ambitious the Dubai Experiment was. The highway leading from Jeddah to the Petro Rabigh petrochemical plant, in neighboring Saudi Arabia, provides a depressingly lucid vision of where things have gone wrong in the Middle East. There is an enormous concentration of wealth there, but the outskirts of Jeddah are a wasteland of sand and scrub, interspersed with dirty townships and the odd terrifying cafeteria.

No matter how you spin it, oil money hasn’t done much to improve the lives of ordinary people. In many ways, it has had the opposite effect: The oil economy has left the entire Gulf region in thrall to the endless fluctuations of the market, lending a kind of manic-depressive quality to regional economies. And in this part of the world, as we know, grassroots poverty and socioeconomic instability are an explosive mix. Which leads us to the promise of Dubai.

By beefing up its tourism industry, by establishing itself as a center for finance and trade, Dubai offered its neighbors a glimpse into other possible worlds, a way out of the crippling dependence on oil. The tallest buildings were a means to an end, the man-made islands a kind of bait. Dubai wanted to be a global city, and to do this it had to attract people from around the world. And it worked. Until it didn’t. The economy wasn’t the only thing that went wrong in Dubai. Yes, the property market collapsed with an almighty bang. Job opportunities dwindled. The cranes stopped twirling. But something else happened in the wake of all this.

Dubai didn’t seem so welcoming any more. It didn’t even feel safe. Expats were being locked up over unpaid credit card bills. Others were simply dumping their cars at the airport and fleeing. And the global media made merry with these miseries - a cautionary tale liberally sprinkled with schadenfreude. The dust has settled lately, but the departures lounge at Dubai International is still busier than arrivals.

As it turned out, the problem with Dubai had been there all along. On the day that The National ran its most-expensive-car story, there were a couple of other headlines that stood out: “Woman charged with having sex with husband’’ and “Mother who made suicide attempt sentenced.’’ And this, the following day: “Maid ‘beaten by employers with wire and wood’ settles case out of court.’’

Outrages like this were just as common before Dubai’s economy tanked, but they were easier to ignore. The veneer of wealth has been stripped away, revealing something rotten underneath. It’ll take more than a Bugatti with a caviar tray to fix that.

Chris Wright is a writer living in Spain. He lived in Dubai for seven years.