THIS STORY HAS BEEN FORMATTED FOR EASY PRINTING
Phil Primack 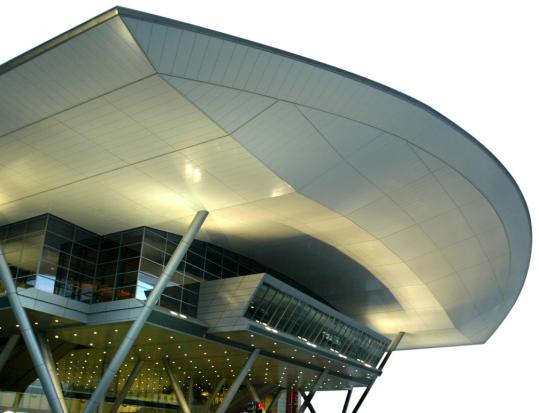 WHEN A new convention center for Boston was proposed in the 1990s, supporters pitched its promise to land “heads on beds.’’ By drawing out-of-state conventioneers who would stay and spend locally, they said, the new facility would be a fiscal and economic winner.

In some ways, the sprawling Boston Convention and Exhibition Center has been both more and less successful than forecast. It has attracted more events than expected, and meeting planners rave about the facility and its management. But a harsh reality muffles the growing drumbeat for a potentially $2 billion BCEC expansion: Boston simply lacks enough beds for heads - hotel rooms - to satisfy current needs, let alone the additional demand a bigger facility would presumably generate.

You can expand it, but meeting planners, already fed up with the high costs and hassles of shuttling conventioneers to the BCEC, probably won’t come. The Massachusetts Convention Center Authority originally expected that 4,000 moderately priced hotel rooms would be built nearby; there are just 1,700. Other major cities average about 8,000 hotel rooms within convention center walking distance. The room shortage is not the Convention Center Authority’s fault; rather, it reflects financing and other problems that have chilled hotel industry growth, especially in this high-cost city (that’s why many of the city’s new hotels charge $300 or $400 a night, which deters most conventioneers).

The Convention Center Authority recognizes the issue. An advisory panel that last month recommended expansion called for “definitive plans [to be] in place to increase the hotel supply proximate to the BCEC.’’ But such plans will likely involve public subsidies. “Absent some form of government intervention, I don’t see a hotel being built in the South Boston waterfront for at least the next 10 years,’’ said James Rooney, executive director of the Convention Center Authority. A 1,200-room headquarters hotel next to the BCEC could require $200 million in subsidies. Even that would leave BCEC way down in the room count, meaning more requests for more subsidies for more hotels. Rooney hopes an expanded BCEC with a headquarters hotel will spur private hotel development, but that same expectation 15 years ago did not pan out.

An “all in’’ guy, Rooney used the world-class city mantra to justify public subsidies for BCEC expansion and hotel growth, saying both are needed to keep Boston a major player in a “knowledge-based innovation economy. Until we deal with the hotel issue, is not coming back to Boston’’ for its big show. Rooney hopes to request proposals from hotel developers, partly to learn how much they’ll seek in subsidies. Then the state Convention Center Authority must decide its next move.

For city and state officials, the issue really boils down to what economists call opportunity costs: Choosing Project X means forgoing the benefits from spending the same money on Project Y. In this case, are hotel subsidies and convention center expansion the best (or even a good) use of sparse public dollars? “Much of the argument to date has been that if the BCEC has been a success, as it has been, then trust us with Phase II,’’ said Massachusetts Taxpayers Foundation President Michael Widmer, one of three “no’’ votes on the 27-member MCCA panel that endorsed expansion. “But that ignores the reality that there are many competing economic investments for the limited tax dollars available. An expansion has to stand on its own merit, not just past performance.’’ A true cost-benefit doesn’t look at only the benefits.

Unfortunately, states generally do a lousy job at considering opportunity costs of big-ticket items (think commuter rail expansion plans). Yes, a better convention center with enough hotel rooms would boost economic development. But so too would an education system that produces properly skilled workers and a public transit system that isn’t held together by duct tape. Any BCEC expansion would likely be financed by additional taxes on hotel rooms, rental cars, and other tourism operations - but might alternative uses of that same money generate even more tourism jobs and revenues?

When the full Massachusetts Convention Center Authority, and, eventually, the Legislature vote on expansion, two simple facts should dominate the table: It’s about the hotel rooms, stupid. And it’s about not making decisions stupidly.

Phil Primack is a Medford-based writer and editor.