THIS STORY HAS BEEN FORMATTED FOR EASY PRINTING
Paul McMorrow 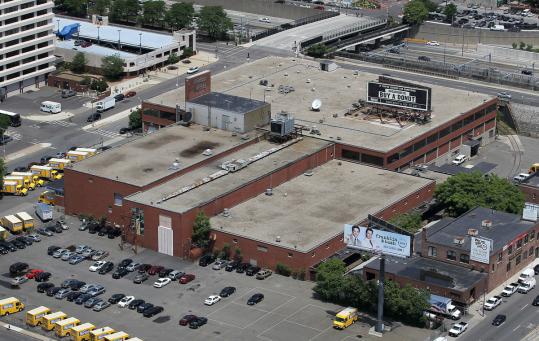 FIGHTS OVER development in Boston usually pit overreaching builders against neighbors clawing at dense structures. It’s rarely the locals’ job to urge builders to show a little more initiative. So it’s a measure of just how unambitious the plans for the redevelopment of the Boston Herald’s headquarters are that the newspaper’s South End neighbors aren’t complaining about shadows or traffic. They’re comparing it to something you’d find in the suburbs.

The scheme to build an apartment and retail complex at the corner of Harrison Avenue and Herald Street landed with a thud inside City Hall last week. The Boston Redevelopment Authority hasn’t officially commented on the Herald proposal, but word is that it caught the agency off guard. And the last thing any Boston developer wants to do is surprise the BRA.

The Herald redevelopment bid was unexpected because its backers had recently been told that what they’re selling won’t fly with their South End neighbors. It’s routine for developers to feel out abutters before filing anything formal at City Hall, and when project co-owner National Development showed their preliminary designs around the neighborhood, they were told to go home and do more work.

For the past year, a BRA panel has been laying the groundwork for a dramatic rezoning of the Harrison Avenue and Albany Street corridors. The BRA wants to strengthen pedestrian activity and take full advantage of development opportunities. The Herald site represents one of the biggest redevelopment plays the panel has been weighing. The mammoth 6-acre parcel could extend the South End’s recent building boom to a marginal end of the neighborhood.

If done right, the project could also undo the scars of urban renewal. The Herald currently sits on top of blocks once known as the New York Streets. The tenement-lined blocks were leveled in one of Boston’s earliest experiments with slum clearance. The project, conceived in 1952, consolidated 14 city blocks into five, in the name of growing industry along the Southeast Expressway.

Fifty-three years after the Herald moved to the neighborhood, development has flipped upside down. Housing is displacing underutilized industrial facilities, and the super-blocks that slum clearance created have become impediments to vibrant neighborhoods. The BRA’s Harrison-Albany rezoning plan favors the restoration of the fine-grain pedestrian scale of the New York Streets. It currently recommends narrowing Harrison Avenue and chopping up impenetrable super-blocks with new roadways. It would trade generous height allowances for new infrastructure: Current zoning caps development at the Herald site at 70 feet, but under tentative plans, the BRA would allow construction of 150 to 200 feet, provided the development scheme improves the streets around it.

The BRA previously used height allowances to spur the creation of a rich, pedestrian-friendly environment along Boylston Street in the Fenway. The agency is offering up the same deal along Harrison and Albany. It’s asking developers to recreate a neighborhood that was obliterated a half-century ago, and allowing them to pay for the job by constructing significant buildings. As in the Fenway, residents support the bargain.

Herald owner Patrick Purcell and National Development haven’t taken the bait, though. They took an urban opportunity, and have responded with what neighbors are deriding as a suburban solution. Under current plans, the Herald’s 6-acre super-block would remain virtually intact. Developers would save money by reusing the Herald plant’s existing foundation, and construct an apartment complex that isn’t much larger than the current building. All of it would drown in a sea of parking.

Good neighborhoods need people. Density explains why portions of Harrison bustle on a Friday night, while the area around the Herald building is dark and desolate. The Herald plant’s redevelopment could create density to breathe new life into its end of the neighborhood. But the current redevelopment plan, which works within old zoning parameters, isn’t nearly big enough to do the job. It’s not even close to being the size that the BRA and South End residents have been asking for for months. Given all that, the proposal on the table looks like a cynical play, like the current plan is all the developers can afford to build today, and they’re too impatient to wait for the market to support a more meaningful redevelopment scheme. They’re rushing to build any building, at the expense of building up a neighborhood.

Paul McMorrow is an associate editor at CommonWealth magazine. His column appears regularly in the Globe.