THIS STORY HAS BEEN FORMATTED FOR EASY PRINTING
David Willman

Revisiting Mueller and the anthrax case 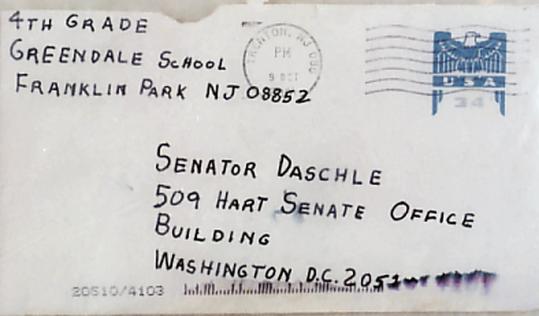 An envelope containing the anthrax-laced letter that was sent to then- Senate Majority Leader Tom Daschle in 2001. (File 2001/ Reuters)
By David Willman June 15, 2011

FBI DIRECTOR Robert Mueller, a Republican who was appointed 10 years ago by President George W. Bush, has been paid a supreme compliment: Bush’s Democratic successor wants to keep him on the job another two years. Before agreeing to extend his term, though, Congress and President Obama should examine Mueller’s role in overseeing one of the most consequential investigations in the annals of federal law enforcement.

My research for “The Mirage Man,’’ a book that explores the anthrax letter attacks of 2001, documents that Mueller exerted far-reaching control over the FBI-led “Amerithrax’’ investigation.

For five years, the bureau pursued as its prime suspect a virologist, Steven Hatfill, who at no point had handled anthrax, which is a bacterium. It was not until late in 2006 — when Mueller replaced the leader of the case — that Hatfill was dropped as a viable suspect. Two years later an Army anthrax scientist, Bruce Ivins, committed suicide as prosecutors prepared charges against him in connection with America’s worst episode of biological terrorism.

The FBI’s prolonged focus on Hatfill reflects at least two factors that deserve a public accounting: Mueller’s flawed evaluation of the evidence that propelled the push, ultimately abandoned, toward the indictment of Hatfill. And, Mueller’s transforming of the FBI from a conventional law enforcement agency to one whose top priority became preventing terrorism. The latter has won the FBI director widespread praise — without a necessary airing of the consequences for the anthrax investigation and future cases.

Any serious retrospective of Amerithrax must start with a realization that, as former senior FBI official Michael A. Mason told me, “The director was always the leader of the anthrax investigation, period.’’ In 2002, with pressure to solve the case still high, Mueller installed his handpicked man, Inspector Richard L. Lambert, to lead it. Hatfill had already emerged as the case’s top suspect, and the expectation at headquarters was that Lambert would promptly shore up the evidence needed to bring charges related to the five deaths caused by the mailings.

A crucial part of that evidence was the work of three bloodhounds, brought from Southern California to Hatfill’s Maryland apartment and other locations of interest to the FBI. Mueller himself stood behind the promise of the dog-related evidence, notably on the evening of Jan. 9, 2003, when he and Lambert briefed both congressional targets of the anthrax letters, Senators Tom Daschle of South Dakota and Patrick Leahy of Vermont. The senators were told that the bloodhounds had “alerted’’ on Hatfill and had traced scent of both him and the anthrax letters to several ponds in a forest above Frederick, Md.

The FBI’s commitment to the dog evidence served to misdirect the investigation for years — and it could have been averted, based on well-publicized murder and rape cases in which the dogs’ reliability had been discredited.

The wrong turns were not limited to the bloodhounds. Agents kept Hatfill under prolonged, 24/7 surveillance, openly following his every move. Though consistent with Mueller’s reordering of bureau priorities to prevent further acts of terrorism, this left fewer agents available to scrutinize other potential leads and suspects.

On Aug. 6, 2008, just days after Bruce Ivins’s suicide, officials prepared to announce that he, alone, carried out the anthrax mailings. This was Mueller’s moment to preside over the apparent resolution of one of the most important cases in US history. After all, the mailings had spurred support for the Patriot Act, the Iraq War, and, finally, a risky expansion of US biocontainment laboratories, staffed by thousands of scientists granted access to anthrax and other deadly, highly portable pathogens.

Mueller chose not to attend the announcement and has at no point conceded the investigation’s costly missteps. A prosecutor’s letter formally exonerated Hatfill, who had already won a $5.82 million legal settlement from the government.

Obama’s request to extend Mueller’s term gives Congress the chance to coax a necessary dialogue over the director’s decision-making. Mueller’s responses could clarify how the anthrax case was resolved — and better inform ongoing decisions over funding and securing the germ-handling labs. As the FBI joins its traditional role with the interdiction of terrorism, essential lessons also remain to be learned about the tradeoffs of committing outsize resources to uncharged suspects whose culpability, by definition, remains unclear.