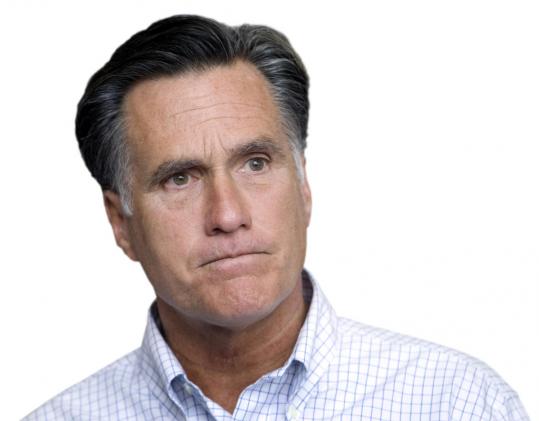 MITT ROMNEY has been stalwart in his defense of the individual mandate — the obligation to buy health insurance that is at the heart of both the law he signed in Massachusetts in 2006 and the federal version President Obama enacted last year. Ironically, his firmness on this issue may cost him more dearly with Republican voters than his reputation for conveniently reversing past positions ever did.

In his Ann Arbor speech last week, the former governor declared that RomneyCare “was right for the people of my state,’’ and that regardless of the political fallout, he was not about to “just stand up and say this whole thing was a mistake.’’ He repeated the argument he has made for years — that an individual mandate is a matter of “personal responsibility.’’ Since federal law requires hospitals to provide urgent care to anyone requiring it, Massachusetts needed a way to prevent uninsured free riders from using hospital emergency rooms to get medical care at public expense. Making insurance compulsory for those who could afford it, Romney says, was the solution to the free-rider problem.

But if that theory is valid in Massachusetts, it’s valid everywhere. Romney’s rationale for an individual mandate is all but indistinguishable from Obama’s. “There’s always going to be somebody out there who thinks they’re indestructible and doesn’t want to get health care,’’ the president has argued. “And then. . . they get hit by a bus, end up in the emergency room, and the rest of us have to pay for it.’’

On the surface, this free-rider justification may sound plausible. Start digging into it, though, and it quickly falls apart.

To begin with, just because a 25-year-old law requires hospitals to provide emergency care to all comers, why does it follow that another law must force every citizen to buy insurance? Clearly there are other ways to compensate hospitals for the “free’’ care they supply to the uninsured. To mention only the most obvious option, the government could reimburse the cost of that care directly.

On the other hand, if the individual mandate’s purpose is to prevent free riders from shifting the cost of their emergency care to others, all it should require is enough insurance to cover a trip to the emergency room. Instead, both RomneyCare and ObamaCare require everyone to be covered for numerous benefits going far beyond emergency care. In Massachusetts, health-care policies must include services ranging from fertility treatment to orthotics to hospice care. Those mandates drive up the cost of insurance, but have nothing to do with keeping uninsured deadbeats from showing up in emergency rooms.

Supporters of the individual mandate often imply that going without insurance and being a free rider are one and the same. They aren’t. In his January opinion striking down the ObamaCare mandate as unconstitutional, federal Judge Roger Vinson pointed out that the uninsured impose no economic costs on anyone unless at least four other conditions are met: (1) they get sick or injured, (2) they seek medical care, (3) they can’t pay for their treatment, and (4) they receive no assistance from relatives, friends, or private charities. Yes, some people who don’t buy insurance end up saddling others with higher taxes or premiums. But only some.

Meanwhile, five years of the RomneyCare mandate have done nothing to reduce the crowding in Massachusetts emergency rooms. In a survey by the American College of Emergency Physicians in March, three-fourths of the respondents reported seeing an increase in the number of emergency-room patients. That confirmed earlier state data showing a 9 percent rise in ER visits between 2004 and 2008.

It is true that fewer Massachusetts residents are uninsured. But most of the newly insured aren’t paying their way: They’re being subsidized by taxpayers. The cost of those subsidies will hit $830 million in 2011, and it is growing by 5 percent a year. Simultaneously, health care premiums in Massachusetts for people paying market rates are among the highest anywhere — and climbing.

The individual mandate, Romney continues to insist, “was right for the people of my state.’’ The evidence so far says just the opposite. The mandate didn’t solve the free-rider problem and it made other problems even worse. RomneyCare has proven to be a grave mistake. Expect ObamaCare to do the same.