What NPR needs is some tough love 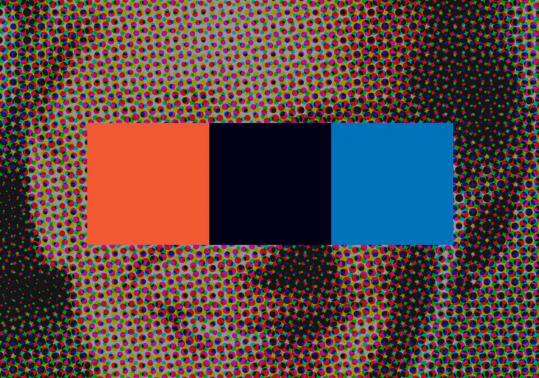 NPR’s senior vice president for development was fired last week after he was exposed in a video sting letting his hair down over lunch with two men posing as donors from a Muslim Brotherhood front group. Schiller’s comments were “contrary to everything we stand for,’’ NPR insisted when it announced his departure. “We completely disavow the views expressed.’’

Some of those views were certainly deplorable. Schiller described Tea Party members, for example, as “not just Islamophobic, but really xenophobic . . . seriously racist, racist people.’’ When the supposed Islamists expressed a desire to see “less Jew influence of money into NPR,’’ he assured them that NPR is untainted by any “Zionist or pro-Israel’’ attitude, and added: “I mean it’s there in those who own newspapers, obviously, but no one owns NPR.’’ He also claimed that while liberals are “more educated, fair, and balanced than conservatives,’’ they are dwarfed by the “very large uneducated part of the population’’ with its tacky “anti-intellectualism.’’

How widely Schiller’s bigotry is shared within NPR is an open question, though it’s unlikely he would have risen to such a senior position if his views weren’t in sync with those of his colleagues. “Even the least cynical of scandal-watchers would struggle to believe that the NPR board is surprised by the sentiments Ron Schiller expressed,’’ the Columbia Journalism Review remarked last week.

But when Schiller turned from casually smearing others to talking about NPR’s finances, he spoke nothing but the truth.

Federal funding for NPR and its affiliates only accounts for “about 10 percent of the total station economy,’’ he acknowledged, and that 10 percent isn’t worth the aggravation it causes. “Frankly, it is very clear that we would be better off in the long run without federal funding.’’ One of the men posing as a philanthropist asked whether NPR would survive, given “all the donors that are available, if [Congress] should pull the funding right now.’’ Replied Schiller: “Yes. NPR would definitely survive, and most of the stations would survive.’’

Not only would NPR survive, it would be better off, as Betsy Liley, NPR’s director of institutional giving, tried to explain at one point in the conversation. “It’s a complicated thing,’’ she said, “being both a news organization and having—’’

“— and having the federal funding,’’ said Schiller, completing her sentence.

I oppose federal funding of public radio and TV on First Amendment grounds: In my view, Congress has no legitimate authority or reason to control, influence, or subsidize any domestic media. But even those who think Congress does have such power should be able to recognize that public broadcasting would be healthier and happier if it broke its addiction to taxpayer dollars.

MoveOn.org, the left-wing pressure group, is promoting a petition that urges Congress to “protect NPR and PBS and guarantee them permanent funding, free from political meddling.’’ Yet political “meddling’’ is the inescapable price of taking political dollars. Conservatives would complain about NPR’s liberal tilt no matter where its funding came from, just as liberals complain about the conservative tilt of Fox News. But if NPR were no longer on the government dole, its political leanings would no longer be a congressional issue. The budget storms in Washington pose no threat to Fox because Fox doesn’t run on taxpayer money. They wouldn’t threaten NPR either — if only NPR would give up its subsidy.

The public broadcasting industry is waging an aggressive campaign to save its federal allowance, which comes to about $450 million a year. A lavish new website, 170MillionAmericans.org, claims that “more than half of all Americans use public media each month’’ and exhorts supporters to “send a message to Washington that public broadcasting matters to you.’’

Wouldn’t it make more sense to exhort those millions of fans to dig into their own pockets, contribute directly, and eliminate the federal middleman? NPR has a huge audience, especially for news; far more Americans tune in each day to “Morning Edition’’ on NPR than to ABC’s “Good Morning America’’ or NBC’s “Today.’’ With such a following, there is little doubt that NPR could not only survive, but thrive, on its own.

After decades of mainlining public funds, NPR’s brass is understandably alarmed at the prospect of going without its drug. But addictions are unhealthy, and it is a blessing to get free of them. Ron Schiller was right: NPR would be better off if it gave up federal funding. A little tough love from Congress can finally make that happen.