THIS STORY HAS BEEN FORMATTED FOR EASY PRINTING
David L. Phillips

Lessons from the past provide guidelines for US action in Libya 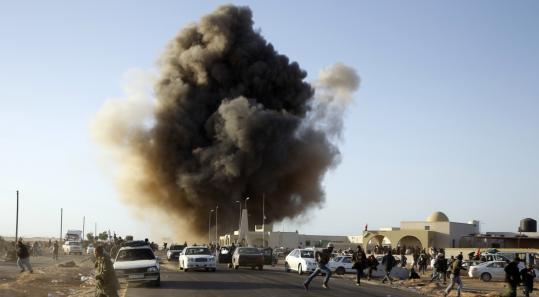 AS THE United States weighs its options in Libya, it should consider important lessons from America’s recent experience.

Early action can prevent an emergency from spiraling out of control. It is more efficient to prevent conflicts before they occur than to get involved at the back end when the military risks and humanitarian costs are greater.

The United States has to be credible when threatening intervention. Credibility is especially important when NATO is involved and America’s reputation is at stake. Failing to act undermines instruments dedicated to peacekeeping, peace enforcement, and peace-building.

Stand on principle. Humanitarian intervention must have a moral basis. It should be strictly and solely about saving lives. A government that threatens the lives and security of its citizens forfeits its legitimacy and consequent benefits of the international system.

Consider international law. It is preferable to intervene in accordance with international law (i.e. Chapter VII of the UN Charter). However, political rivalries between member states can prevent consensus in the UN Security Council. While it may be necessary to act outside of international law, doing so can create an environment of lawlessness where states seek to settle scores under the guise of humanitarian intervention.

Emphasize international cooperation. It is best to intervene in concert with other countries. Failing to achieve consensus in the UN Security Council, however, the United States should not shy away from taking the lead with support from regional bodies or a coalition of the willing. Cultivating congressional and public support is necessary to address domestic concerns.

Consider the diplomatic context. Intervention should be based on an ironclad case and only after diplomatic options have been exhausted. Military action is not an event. It is part of a diplomatic process leading up to and following conflict. The threat of intervention can be more effective than intervention itself, by helping to bring parties to the negotiating table.

Ensure effectiveness. The mission and adversary must be clear. Military action should be proportional to the threat, fast enough to ensure it does more good than harm, and of sufficient magnitude to prevent atrocities and their recurrence.

Mitigate consequences. Humanitarian intervention should create an environment for enhancing human rights and creating conditions for displaced persons to return home, thus preventing further displacement. It is important to consider acceptable costs, as no military action is without risk. Contingency planning should consider the risk of sparking a wider conflagration.

Plan reconstruction. Post-conflict stability operations must kick in right away. Assets should be deployed even before a final peace accord. The United States should adopt a “whole of government approach’’ leveraging cooperation with international partners. Less glamorous but necessary work starts after the fighting stops.

Democracy is often a misnomer. While demonstrators use slogans about democracy in countries of North Africa and the Persian Gulf, these movements are more populist than democratic. Events in Tunisia and Egypt highlight the difficulty of a political transition to democracy, especially in countries lacking democratic institutions, where civil society has been suppressed, and where there is no tradition of democratic governance. Sustainable peace requires a local partner with the capacity to govern and the integrity to lead.

It takes a moment to end a regime, but years to build a nation. Reconstruction takes time and requires an enduring commitment. With intervention comes responsibility.

David L. Phillips is director of the Program on Peacebuilding and Rights at Columbia University. He is also a fellow at Harvard University’s Project on the Future of Diplomacy, where he is writing a book entitled “Diplomacy Backed by Force: Liberating Kosovo and Lessons on Intervention.’’