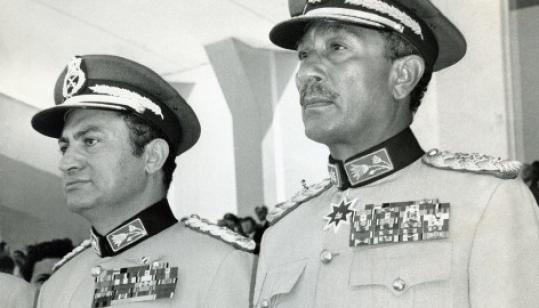 ISRAEL HAS been watching events in Cairo as a bird watches a snake. Will the end of Egyptian President Hosni Mubarak threaten its peace with Egypt, and everything Israel has taken for granted for the last 30 years?

When Egyptian President Anwar Sadat went to Israel on that magic day in 1977 to make peace, he didn’t go because Egypt had fallen in love with Israel. He went in Egypt’s self-interest.

I first got wind that something might be in the offing on a visit to Cairo in the summer of 1977. Boutros Boutros-Ghali, later secretary general of the United Nations but then a well-informed newspaper columnist, told me that Egypt was in a mood to change. It had borne the brunt of four wars with Israel in the Arab cause, but simply could not afford to go to war with Israel every 10 years, he said. Others in the Egyptian establishment I interviewed felt the same way.

I couldn’t find anyone in Israel’s foreign office who believed there could be a change in Egypt’s attitude. “Nonsense,’’ I was told, no Arab country would ever end its hostility toward Israel.

But before the year was out, Sadat was on Israel’s doorstep, and none of us who were there at the time will ever forget the rejoicing throughout Israel when Sadat and Prime Minister Menachem Begin said together: “No more wars.’’

That was the sublime moment that Israel failed to grasp, however. Instead of turning “no more wars’’ into a peace policy, Israel took it to mean that Egypt was now enabling Israel to make wars with other people. Within a year Israel sent its tanks into Lebanon up to the Litani River against pesky Palestinians: an operation Israel would expand upon, investing an Arab capital, Beirut, for the first time in 1982, occupying a zone in southern Lebanon, and creating conditions for the birth of Hezbollah, a resistance group for which there had hitherto been no need. The last Israeli war in Lebanon was in 2006, and another showdown with Hezbollah is more than probable.

Sadat also thought he had made a deal with Israel about the Palestinians. When Israel and Egypt made their formal peace in 1979, a headline in the Boston Globe declared: “Self-rule plan for West Bank.’’ There was to be a limited withdrawal of Israeli forces from the West Bank and Gaza, with an autonomous government for the Palestinians after a five-year transition period.

But Israel viewed the deal as giving up the Sinai only. Israel’s grip on the occupied territories tightened, leading later to two uprisings. Egypt swallowed its disappointment, but it never forgot.

Another chance came with the Oslo Accords, and the Palestinian shift in policy to recognize the state of Israel. It failed, partly because the Palestinians did not give up violence as a way to move Israel, but also because Israel never gave the Palestinians enough to believe that Oslo was ever going to work for them.

Later, Gaza was abandoned by Israel, but, with the concurrence of Egypt and the United States, Israel has maintained an iron blockade of Gaza, turning it into a giant prison, an act of collective punishment for electing Hamas in a free and fair election. Israel’s armed incursion back into Gaza in 2009 lost Israel its close alliance with Turkey.

An Arab offer of peace for an end of occupation has lain on the table for years without an Israeli response.

Leaks from the Palestinian negotiating team show how far the Palestinians were willing to go to accommodate Israel in the furtherance of a two-state solution. But Prime Minister Benjamin Netanyahu’s government would have none of it.

We will never know how the Middle East might have looked had Israel taken no-more-wars more literally, instead of using Egypt’s forbearance as a license to continue occupation and make wars elsewhere.

Egypt’s self-interest will maintain the formal peace with Israel. There will not be another Egyptian-Israeli war. It is unlikely, however, that Israel will find Cairo as accommodating in the future as it has in the past.