No room at table for Muslim Brotherhood 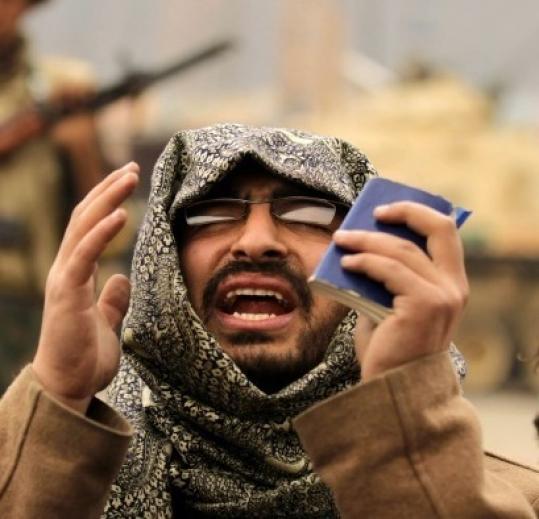 FREE AND democratic societies take chances. They guarantee freedom of speech and of the press, despite the risk that harmful, foolish, or depraved ideas may be promoted. They require due process of law before an offender can be punished, even though some who are guilty may go free as a result. They give citizens the power to elect their rulers, notwithstanding the possibility that voters will choose officials who are corrupt or incompetent.

But there are limits. “Liberty and justice for all’’ does not require empowering even those who seek to do away with liberty and justice. In a famous dissent to the 1949 Supreme Court case of Terminiello v. Chicago, Justice Robert Jackson warned against interpreting the First Amendment so categorically as to fortify “right and left totalitarian groups, who want nothing so much as to paralyze and discredit . . . democratic authority.’’ A commitment to liberal democracy is not an obligation to open the democratic process to parties that reject liberal democracy itself. Jackson cautioned the court to “temper its doctrinaire logic with a little practical wisdom,’’ lest it “convert the constitutional Bill of Rights into a suicide pact.’’

If even in America, where democratic institutions are firmly established, it is important to guard against antidemocratic cancers that latch on to political freedoms in order to destroy them, how much more important is it in Egypt, where a democratic republic is still struggling to be born?

This is why the question of the Muslim Brotherhood — officially banned in Egypt, but nevertheless the country’s largest opposition group — and its role in Egypt’s future is so crucial.

The Brotherhood is the world’s most influential Islamist organization, and Islamism — the radical ideology that seeks the submission of all people to Islamic law — is perhaps the most virulent antidemocratic force in the world today. In Daniel Pipes’s phrase, “it is an Islamic-flavored version of totalitarianism.’’ Like other totalitarian cadres, Islamists despise democratic pluralism and liberty in principle, but are quite ready to make use of elections and parliaments as tactical stepping-stones to power.

As with Adolf Hitler in 1933 or the Czechoslovak communists in 1946, Islamists may run for office and hold themselves out as democrats; but once power is in their grasp, they do not voluntarily relinquish it. Just months after Hamas, a self-described “wing of the Muslim Brotherhood,’’ won a majority of seats in the Palestinian elections in 2006, it brutally seized control of the Gaza Strip. More than 30 years after Ayatollah Khomeini took power in Iran promising representative democracy, the Islamist dictatorship he built remains entrenched.

In Turkey, where secular democratic norms were long enforced by the military, the Islamist Justice and Development Party, or AKP, won the 2002 elections on a platform of moderate democratic conservatism. Since then, however, the AKP has shed its moderate coloration. “The party has turned authoritarian toward the opposition,’’ writes Soner Cagaptay, who heads the Turkish Research Program at the Washington Institute for Near East Studies. “Anti-government protestors are beaten up by security forces, opposition figures are wiretapped, and independent papers get slapped with punitive tax fines . . . The AKP has effectively neutered the military. Not just high-ranking officers, but also the government’s critics among academics have come under assault, ending up in prison.’’

If Egypt is to have any hope of a transition to a genuine constitutional democracy, the Muslim Brotherhood must not be treated as a legitimate democratic partner. For more than 80 years, it has been a fervent exponent of Islamic, not secular, rule; of clerical, not democratic, sovereignty. Its credo could hardly be more explicit, or more antidemocratic: “Allah is our objective. The Prophet is our leader. The Koran is our law. Jihad is our way. Dying in the way of Allah is our highest hope.’’

The Muslim Brotherhood’s supreme leader has publicly called for raising young “mujaheddin’’ — holy warriors — “who love to die as much as others love to live and who can perform their duty towards their God, themselves and homeland.’’ This week, senior Brotherhood figure Kamal al-Halbavi said his wish for Egypt is “a good government like the Iranian government, and a good president like Mr. Ahmadinejad, who is very brave.’’

Democracy is flexible, but even in the best of circumstances it is incompatible with religious totalitarianism. What the Muslim Brotherhood seeks is the very antithesis of democratic pluralism and a free civil society. Egypt’s friends must say so, clearly and emphatically.