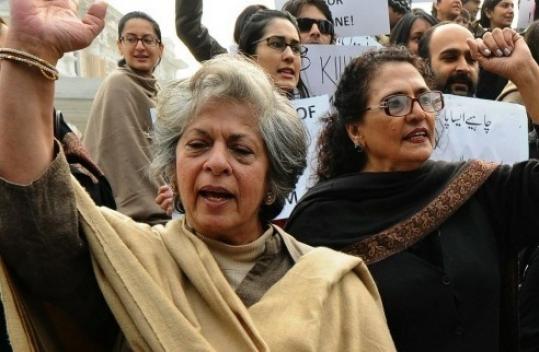 AMID THE uproar earlier this month over the assassination of Salmaan Taseer, the secularist governor of the Pakistani province of Punjab, Muslim-American organizations have been largely silent. At a time when mainstream Muslim leaders have been trying to demonstrate their embrace of religious tolerance and pluralism to their fellow Americans, few have had a word to say about this People’s Party leader whose denunciation of Pakistan’s draconian blasphemy law led to his death at the hands of a Muslim zealot — a zealot who has since been celebrated by fundamentalists around the globe.

The most notable silence is on the part of the Islamic Circle of North America. Operating in this country for about 40 years, this organization has ideological ties to the Jamaat-e-Islami, one of Pakistan’s main Islamist political parties. The Jamaat explained away the assassination of Taseer on the grounds that it could have been avoided if the government had simply removed him from office. Though the Islamic Circle of North America does not necessarily take orders from its Pakistani parent, it appears unwilling to challenge the views of its overwhelmingly immigrant membership from Pakistan, India, and Bangladesh — many of whom seem to have little sympathy for the slain politician’s secularist views.

Nor is this the first instance of such silence. Last May, when the Pakistani Taliban slaughtered 93 members of a persecuted Muslim sect, the Ahmadiyya, the Islamic Circle of North America held its annual convention in Hartford. Speakers continually reminded the several thousand attendees that “Islam is a religion of peace,’’ yet one of us in attendance heard not a word about the killings all weekend. Other Muslim-American organizations, none of which has such direct and exclusive ties to Pakistan and the region, had even less excuse for their silence.

While Muslim-American leaders are constantly reminding their followers to exercise their rights as Americans, they also embrace the view that Muslims here are part of the worldwide community of fellow believers — the ummah. As such, these organizations are riven by numberless fissures that run along linguistic, ethnic, racial, and doctrinal lines. Their leaders are preoccupied with not saying or doing anything that would cause such fissures to develop into major ruptures.

So while many Muslim-Americans may abhor what happened in Pakistan, others may agree with friends and relatives back home that Taseer’s killing was justified, or at least to be tolerated. In between are Muslims who are conflicted about such events but who get little guidance from leaders who seem to lack either the wisdom or the courage to speak with moral clarity. Some of these leaders are not the pluralists they claim to be. Others have simply grown accustomed to avoiding the difficult choices facing them and instead, especially since 9/11, would rather mobilize and unify their fractious members by pointing to a common enemy — whether it is the FBI, the Patriot Act, or Islamophobes.

The situation is not hopeless, however. It is certainly noteworthy that all the leaders and organizations that have been silent about Taseer’s assassination have been equally vocal and explicit in their denunciation of the slaughter of Coptic Christians in Egypt on Jan. 1. They clearly understood that the killing of Christians by Muslims is not something about which they could remain silent. Now these leaders must confront the reality that in contemporary America, genuine religious pluralism requires them to be just as outraged when Muslims kill Muslims.

In the name of Muslim unity, many Muslim-American leaders and organizations have been less than coherent when it comes to violent extremism. As a result, they have confused their members as to what true religious toleration and pluralism require, and consequently feed the very suspicions of those inclined to doubt the possibility of Muslims fully assimilating to the American way of life. This is a profound disservice to the many Muslim-Americans who are doing just that.

Peter Skerry is professor of political science at Boston College and nonresident senior fellow at the Brookings Institution. Gary Schmitt is resident scholar at the American Enterprise Institute.