Kennedys still writing their own script 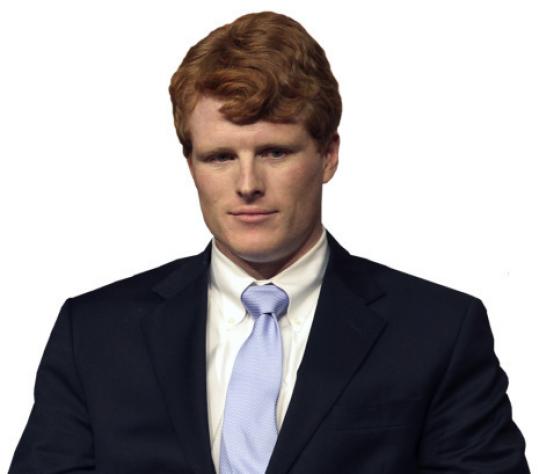 AS THE torch is passed to a new generation, the Kennedy family zealously guards Camelot’s original gauzy script.

To keep things sunny, a made-for-TV mini-series with a less than reverential take on the family business gets shelved.

Kennedy relatives disapproved of the project, which was produced for the History Channel and stars Katie Holmes as Jackie and Greg Kinnear as John F. Kennedy. Last week, after entreaties that reportedly came directly from Kennedy family members, the network announced that “while the film is produced and acted with the highest quality, after viewing the final product in its totality, we have concluded this dramatic interpretation is not a fit for the History brand.’’

Meanwhile, “Jack’s Back’’ earns the family stamp of approval. This rosy public relations campaign, generated by the John F. Kennedy Presidential Library and Museum, commemorates the 50th anniversary of JFK’s election and celebrates Camelot as a precious, if brief, marriage of youth, principle, and idealism.

The latest installment played out in Boston this week, as Joseph Kennedy III helped to honor the 1961 speech that his great uncle delivered to the state Legislature just before he ascended to the White House.

First, the audience heard a recording of JFK’s famous “City Upon a Hill’’ speech, the familiar voice ringing eerily in the House chamber. Then, the 30-year-old grandson of Robert F. Kennedy — JFK’s brother — took the rostrum.

Tall, thin, with a shock of copper hair, Joe Kennedy looked a lot like a young Jack as he decried the poisonous rhetoric and “atmosphere of hate’’ that is dominating the national conversation since the Arizona shootings. It was a moment bursting with potent political symbolism. Who better than a Kennedy to warn the country that violent history forgotten can be history repeated?

After receiving a standing ovation from an enthralled audience that included the House speaker and Senate president, Kennedy told reporters that he is happy with his prosecutor’s job and at the moment “that’s what I’m focused on.’’

But it is clear that the next political chapter of the Kennedy dynasty is at least in the rough draft stage.

Vicki Kennedy, the widow of Ted Kennedy, participated in the ceremony, but did not speak. She looked on proudly as Joe Kennedy addressed the gathering.

“She thought it was good for the new generation’’ to take the spotlight, said Philip Johnston, a longtime Kennedy family friend and chairman of the board of the Robert F. Kennedy Center for Justice and Human Rights.

Regarding Joe Kennedy’s political aspirations, Johnston said, “He is his grandfather’s grandson and his father’s son. He has strong convictions. At some point, he will put his foot in the water, but today’s not about that.’’ The young Joe Kennedy’s father, Joseph Kennedy II, was a Massachusetts congressman whose name still gets a mention whenever Bay State Democrats have a high political office to fill.

As the Kennedy family blocks out the next chapter of Camelot, Johnston makes no apologies for any effort to edit out versions deemed unacceptable by the tribe.

Johnston said family members opposed the History Channel production because it was “filled with lies and distortions.’’ Added Johnston: “The Kennedy family has a right to stand up to falsehoods.’’

It is still scheduled to be aired in Canada, and could yet be picked up by another outlet.

Johnston said the foundation he heads wrote letters opposing the program,and representatives of the JFK Library also voiced objections. Kennedy-connected historians joined the chorus of critics, including the late JFK adviser Theodore Sorensen, who called the script “vindictive’’ and “malicious.’’

The Kennedys prefer to write their own scripts, the better to keep dramatic interpretation strictly in the family.