What’s senseless is our tolerance for guns 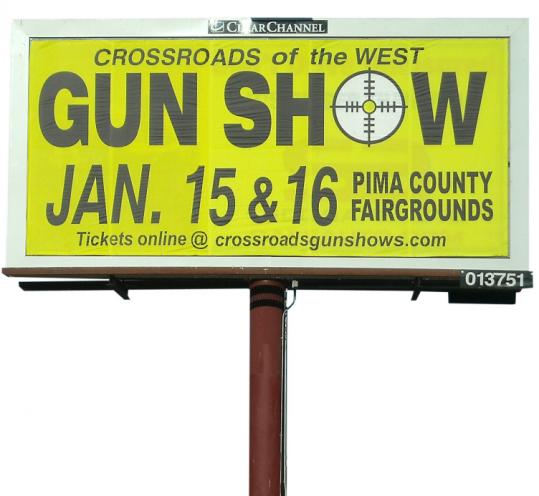 AS LONG as we call mass killings senseless, we will never make sense out of them. “Senseless’’ has become a code word for denial about guns.

It kept coming up in response to this weekend’s rampage in Arizona, in which a disturbed 22-year-old college dropout armed with a semi-automatic allegedly killed six people and wounded 14 others, including Congresswoman Gabrielle Giffords. Everyone from President Obama to Republican House Speaker John Boehner called the shooting senseless.

That, too, is what President Clinton called the 1999 Columbine school massacre that claimed 15 lives. But “senseless,’’ it seems, was an excuse for not tightening up our gun laws. In fact, the federal assault weapons ban expired in 2004.

When the Virginia Tech massacre claimed 33 lives in 2007, President Bush said, “It’s impossible to make sense of such violence and suffering.’’ True to Bush’s word, Congress did not even try. President Obama caved in early on guns, signing into law a rule allowing loaded weapons into national parks.

This weekend, in a heartfelt question from the International Space Station, astronaut Scott Kelly, Giffords’s brother-in-law, asked: “What is going on in our country that such a good person can be the subject of such senseless violence?’’

What is going on is a quiet disaster. Neither Columbine nor Virginia Tech changed anything, and it is possible that not even an assassination attempt on a member of Congress is going to spur America into a fresh debate about guns and their availability to almost any angry, disturbed, immature, or coldly calculating citizen who wants to get their hands on them. We are in a quiet internal war that takes far more lives than what we are losing in Iraq and Afghanistan, and no one is calling for disarmament talks.

The ultimate embarrassment to our claims of being a civilized society is that 80 percent of all firearms deaths in 23 of the wealthiest nations in the world occur in the United States. Nearly 9 of 10 women and children killed with firearms were killed here.

There are other subplots in the Arizona massacre, such as the bitterness in our political discourse — as epitomized by, among many other examples, Representative Joe Wilson’s shouting at Obama “You lie!’’ during a nationally televised speech to Congress. But those subplots, however momentarily compelling, come and go.

What always stays are the guns.

Only a decade ago, US gun manufacturers produced 947,000 pistols and revolvers and 3 million guns of all types (most of the rest were rifles and shotguns) for the domestic market, according to the Bureau of Tobacco and Firearms. In 2009, that production reached 2.4 million pistols and revolvers and 5.4 million guns overall. The number of federal background checks for guns has zoomed, from 8.5 million in 2002 to 14.4 million last year.

In their study in Trauma, researchers concluded that “the United States has a large relative firearm problem.’’ The authors wrote that the empirical evidence indicates “that readily accessible firearms — by making killing easy, efficient and somewhat impersonal — increase the lethality of violence.’’