A sour note for charity

Some celebrities give while Bono wastes his time with spendy handbags 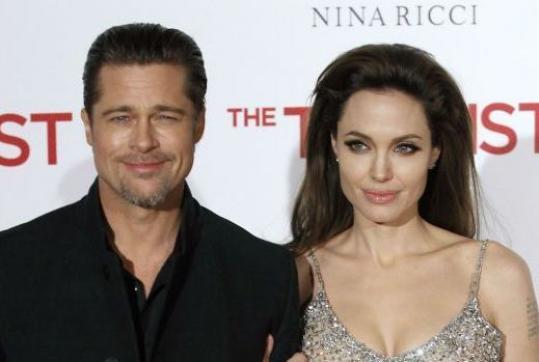 AS SANTA rides across America with toys on a sleigh, Bono is dropping into Africa on a bush plane bearing gifts from Louis Vuitton. This charity stunt is a little rich — in the literal sense.

In a current ad campaign, Bono and wife Ali Hewson disembark from their plane carrying a new Vuitton bag and wearing clothing for their African fashion house. Proclaiming that “every journey began in Africa,’’ the ad says proceeds from sales of this bag and Bono’s and Newson’s “fee’’ go to an Ugandan cotton conservation initiative.

The ad is bizarre on its face. It is not easy to link Africa’s salvation to the world’s largest luxury-goods company and its universe of conspicuous consumption. But then, this is the same Bono who hobnobs with world leaders in the name of Africa’s poor, but occupies a poor rung in the realm of celebrity charity. The New York Post this year reported that his ONE awareness campaign for Africa raised $15 million in donations, but distributed only $185,000 to three charities while spending more than $8 million on executive and employee salaries.

The nonprofit’s explanation, expressed in the British press by ONE spokesman Oliver Buston, was, ’’We don’t provide aid programs on the ground. We are an advocacy and campaigning organization.’’

Sorry, but far more important are organizations that deliver money to programs on the ground. In this season of high giving, it can be maddening to try to figure out whether the money going to charitable organizations is really helping people in need.

On the local scene, Massachusetts Attorney General Martha Coakley last week issued a report that found that of $329 million raised last year by professional fund-raisers, only 43 percent of those funds made it to the actual charity. Coakley urged people to ask solicitors how much of the money is going to charities, and which ones, so that givers’ generosity will not be “diluted.’’

Dilution can come in other forms. Consider the fabled September car accident of quarterback Tom Brady. He was driving a $97,000 Audi that was a perk for laudable involvement with the Best Buddies International charity, which assists the learning-disabled. The accident became an instant symbol of clubhouse charity, where elites convince themselves they must lavish luxury upon one another in order to assist the unfortunate.

In light of those examples, it is all the more important to praise those who put money where you think it’s going.

In Massachusetts, the organizations that raised at least $10,000 through professional fund-raisers and received an average of least 80 cents of each dollar from all programs in Coakley’s report included AmeriCares, ChildFund International, the Christian Appalachian Project, UNICEF, Food and Water Watch, and Lutheran World Relief. The first four groups also have excellent efficiency ratings in Forbes.com&#8217;s annual list of America’s 200 biggest charities.

Meanwhile, many celebrity charities are far more than mere bullhorns for superstars. You can start with Angelina Jolie and Brad Pitt. According to a Forbes.com analysis of their 2008 tax return, the couple, with causes ranging from Haitian earthquake relief to Hurricane Katrina restoration and from Ethiopian health care to refugee protection, gave out $6.4 million, with overhead of only around $288,000, or 4.5 percent. Other celebrity foundations with overhead of 5 percent or less according to Forbes carry names as varied as Celine Dion, Ron Howard, Stephen King, Bette Midler, David Letterman, Alec Baldwin, and Martha Stewart.

Last month, the New York Times described Pitt, Jolie, and actors such as Cambridge Rindge and Latin’s own Matt Damon and Ben Affleck as members of a new “Brat Pack’’ who are going beyond telethons, honorary board memberships, and galas to “become experts on the issues they care about.’’ At Christmastime, it’s refreshing to hear about brats like these, rather than loudmouths dropping Louis Vuitton bags into Africa.