THIS STORY HAS BEEN FORMATTED FOR EASY PRINTING
Suzanne Gordon

Starving for their art

‘Black Swan’ captures an ugly reality about the beautiful, but destructive world of ballet 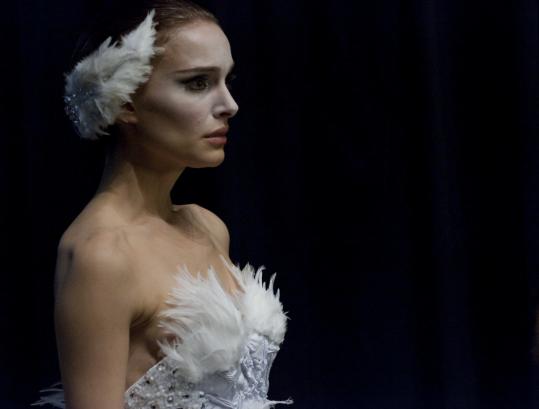 TWO DECADES ago, I went to Hollywood to try to turn a book into a movie. My non-fiction expose “Off Balance: The Real World of Ballet,’’ was a behind-the-scenes look at George Balanchine’s New York City Ballet and the School of American Ballet, as well as American Ballet Theatre and other professional dance companies.

My account of starvation diets, workplace injuries, manipulative ballet masters, and stage mothers from hell was well received by dancers. Wealthy New York balletomanes were less enthused. Those who are determined to see nothing but beauty at the ballet don’t like to be reminded of its dark underside.

Because we couldn’t find a bankable star who looked like a ballerina, the project “died in development,’’ as they say in the business. But now, with the release of “The Black Swan,’’ ballet’s underside is on the screen. Starring the Harvard-educated Natalie Portman, this psychological thriller accurately conveys the essential misogyny of an art form that idealizes the feminine while leaving many young women in terrible physical and emotional shape.

Portman plays Nina Sayers, who has just won a principal dancer role in “Swan Lake.’’ She personifies the obsessive, competitive, and ultimately self-destructive character type produced by too many American ballet schools and companies. Her big career break comes when, instead of having two different ballerinas portray the virginal white Swan Queen and her evil twin, the Black Swan, the charismatic company director (played by Vincent Cassel) casts Nina as both (although, off-screen, one ballerina typically portrays both roles).

Since Nina is already mentally troubled, the ordeal of dancing both parts, fending off a seductive rival, living with her domineering mother, pleasing her director, and maintaining her anorexic figure leads to professional martyrdom when the curtain falls.

To prepare for her role, the already trim Portman shed 20 pounds. In true-to-life modern ballerina form, she appears, on screen, like many ballet anorexics — as a perfect prepubescent girl. This ballet “look’’ reflects the cruel ballet esthetic that is the enduring legacy of George Balanchine, the autocratic Russian dance master and choreographer who dominated the field for more than 50 years.

Balanchine’s influence has caused generations of dancers to starve themselves out of all the attributes of a real female body — like breasts, hips, and the ability to reproduce. It leaves many so malnourished they can’t recover from injuries and, in their twenties and thirties, many have the osteoporotic bones of post-menopausal women.

The film brilliantly depicts the way dysfunctional authority figures —whether parents, teachers or coaches — downplay anorexia. It also shows how these figures infantilize adult dancers, whose real-life companies refer to them as “boys’’ and “girls ’’ no matter what their age.

Before researching and writing “Off Balance,’’ I was a ballet lover too. But, afterward, I became like some pro football fans today; I knew too much about the current and long-term human costs of the thrilling spectacle I was watching. Unlike the parents of teenage athletes who have finally begun to worry about head injuries, many ballet parents seem as lost in the fantasy of sugarplum fairies as their 10- and 12-year olds. Several years ago, when a courageous ballet mother sued San Francisco Ballet School for discrimination because weight restrictions threatened to end her 8-year-old daughter’s training, other parents at the school rallied against her.

Portman has bravely criticized the “male-imposed social structure that women are supposed to fit into. . . these skinny bodies that take away their womanhood.’’ She’s on point. Clinging to destructive tradition is no way to honor this magnificent art form — or the artists who make ballet performances possible. Portman urges dancers to break out of past misogynist molds. Ballet should take her advice.