Safer skies? Bring on the scanners! 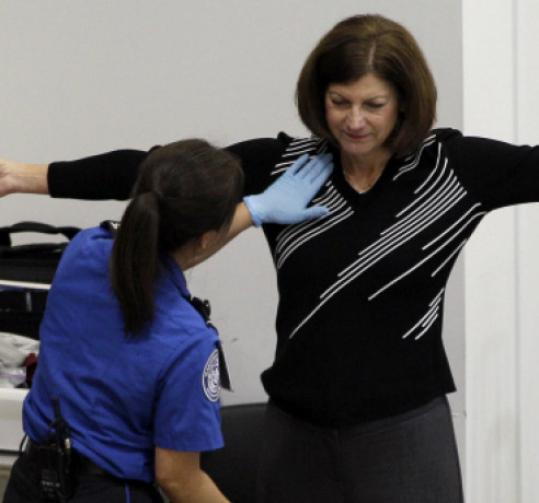 COUNT ME among the 81 percent of Americans who approve of full-body airport scanners in a CBS News poll. If you are among the 15 percent who don’t, then don’t gripe about the full-body pat-down. Better yet, stay home and leave the security lines to us.

Instead, this vocal minority is creating a ruckus that has departed the realm of common sense. On one hand, some anti-scan activists, saying the graphic scanners violate privacy, have threatened a nationwide clogging of Thanksgiving-travel security lines by refusing the scan and insisting on pat-downs. On the other, many people say the pat-downs are an invasion of privacy, with Transportation Security Administration agents being flayed by critics as gropers.

This has created a situation that the Obama administration can’t win and it is certainly behaving that way. Rather than buck up and remind people that this is a new world where terrorists are willing to light up their underwear and sizzle their shoes, it is showing signs of buckling under. Secretary of State Hillary Clinton did not help matters this weekend. On one talk show, she correctly defended the policy on the basis that “the terrorists keep getting more creative.’’ But then on another, asked if she would submit to a pat-down, she responded, “Not if I could avoid it, no. I mean, who would?’’

As someone who travels a lot, I’ve gone through countless pat-downs, and am bewildered by the critics. While there is plenty to be desired in the wider world of airline screening, such as the woefully incomplete screening of checked baggage and air cargo, the government in this case is largely trying to deliver the passenger screening Americans said they wanted.

Right after the terrorist attacks of 9/11, a Newsweek poll found that 76 percent of Americans would accept “more restrictions on air travel,’’ including arriving at the airport two hours early. A CBS News poll found that 85 percent of Americans would be willing to arrive three hours early for domestic flights and 87 percent favored “having more security checkpoints with guards and metal detectors at public events and public buildings, even if that meant you personally would spend at least an hour or more waiting in line and going through security checkpoints.’’

The people who said then that they were not willing to accept new restrictions, and those today who are not willing to be scanned or complain about pat-downs, are in a fantasy world of personal entitlement. Call it the “Do-I-look-like-a-terrorist?’’ syndrome. It has somehow escaped the critics that you cannot judge a terrorist by last name, skin color, or gender. Americans are coming to grips with that. The same recent poll also found that 52 percent of Americans now think it is “not justified for people of certain racial or ethnic groups to be subject to additional security checks at airport checkpoints.’’ This compares to 37 percent who still think that racial and ethnic profiling should be the operative policy.

The complainers would have the system do exactly that, because of whatever it is that makes them feel exempt, whether that be race, gender, or business executive status. As an example, the chairman of the Business Travel Coalition, Kevin Mitchell, complained in a blog that the scanners represent “one of the worst TSA abuses of authority since its creation. The overly aggressive pat-downs represent citizen mistreatment in the extreme, especially if used as ‘punishment’ when passengers opt out of full-body scans. There are millions of Americans and foreign tourists — children and adults — who have been traumatized by sexual abuse during their lives. That they now have to relive their suffering in our airports is shameful.’’

To be sure, the TSA must be held accountable for gross invasions of privacy and be especially sensitive to children. But that should not dramatically dilute this new security. Right after 9/11, Americans said they wanted serious screening. Most Americans have made the choice that it is better to be electronically exposed for a few seconds than leave the system exposed to another underpants bomber.